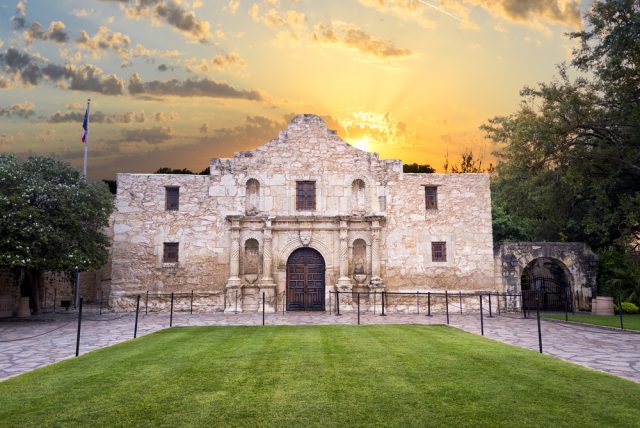 One fine May day back in 1718, an Andalusian Franciscan friar, Antonio de Olivares, established the Misión San Antonio de Valero in an area first explored in the late 17th-century by Spaniards out of Quéretaro in New Spain (present-day Mexico), to establish Spanish presence and evangelise the local Payaya people. Over the succeeding decades, five more Catholic missions were built, forming the nucleus of the town that eventually grew into today’s city, but that first mission – which later came to be known as the Alamo (top) – was the one that became the symbol of San Antonio.

And this year, this city of just over 1½ million (greater metro area nearly 2½ million) has been rolling out a programme of observances and celebrations to mark its tricentennial. The core week of San Antonio 300 was the first week of May, but a number of big exhibitions, concerts, festivals, and other events remain throughout the rest of the year. And of course, Texas‘ second largest city (after Houston, and by the way seventh largest in the USA overall) will remain a delight to visit in year 301 and beyond. Let me count the ways…

The core of old town San Antonio is of course the Alamo, a UNESCO World Heritage Site legendary not just as the place where the city was founded three centuries ago but also legendary for its place in U.S. history and lore as the site of the 1836 last stand of a group of 189 U.S. settlers fighting to keep Mexico from defending its sovereignty over the province of Tejas, inherited from Spain after it won independence in 1821. Some 4,000 Mexican soldiers under President Antonio López de Santa Ana slaughtered all the defenders of the Alamo, but ultimately lost the war to keep Texas, which went on to become an independent republic from 1836 to 1846, then a slaveholding state of the USA. Today you can wander the chapel and fort, take a guided or audio tour, and see a short film.

Despite the contentious past (and even current) history with Mexico, today the city and its people remain very much Mexican-flavoured, and indeed, despite our current national government’s demonisation of things Mexican, here it’s celebrated thanks to longtime culture and a progressive city government. You can for example see plenty of it on display at the other main downtown draw, Riverwalk (below), built around the San Antonio River and festively lined with all manner of restaurants and watering holes, a favourite of visitors for river cruises (a 2013 expansion extended Riverwalk to the north, reaching the San Antonio Museum of Art (SAMA) and the recently gentrified Pearl Brewery complex/district, and to the south, out toward the rest of the San Antonio missions trail). If you can make it here in December, this area is especially aglow at night with spectacular holiday lights. 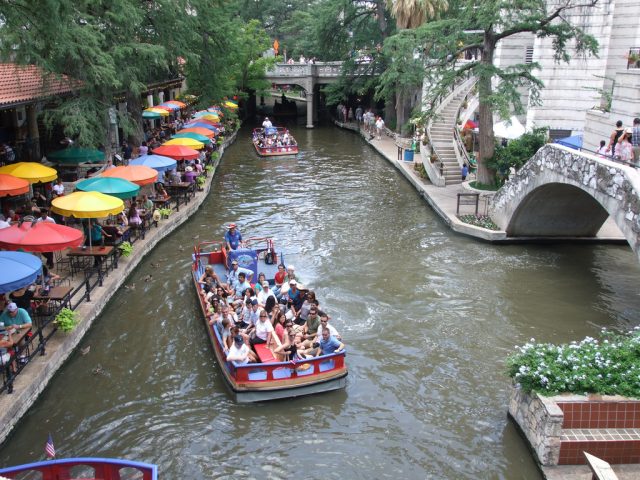 SAMA is just one of several fascinating San Antonio museums well worth a visit, its collection comprised by distinguished works from Europe, the USA, Asia, and classical antiquity, but specialising above all in Latin American colonial, pre-Columbian, and folk art. Other notables include the five-year-old Brisco Western Art Museum, which besides art also exhibits fascinating photos and artifacts dating back to the 19th century, and the Texas Ranger Hall of Fame and Museum (the Rangers are a law enforcement unit separate from the police, dating back to the 19th-century Republic of Texas).

Other central-San-Antonio landmarks include the 18th-century neo-Gothic San Fernando Cathedral (on whose façade a very cool – and free-of-charge – San Antonio sound-and-light show is projected four nights a week ); the nearby Casa José Antonio Navarro (a small limestone house once home to a key promoter of the Republic of Texas); the Buckhorn Saloon and Museum (dates back to 1881); the low-slung, white-stucco Spanish Governor’s Palace (mid-18th century, now a museum of Spanish colonial history); Historic Market Square (an indoor mall described as the largest Mexican market outside Mexico); La Villita (one of the city’s oldest neighbourhoods and now home to art galleries, handiscrafts shops, and restaurants); and Hemisfair Park right alongside La Villita (site of the 1968 World’s Fair and today still a number of cool attractions including the Tower of the Americas, SA’s tallest structure, and the Institute of Texan Cultures).

Outside downtown, the 25-block King William Historic District is notable for its opulent Victorian manses built by 19th-century German immigrants (thus it was once dubbed Sauerkraut Bend; one of particular interest, open to visitors, is the Edward Steves Homestead). And in nearby Southtown, the Blue Star Arts Complex is home to cute little coffee shops and bars, art galleries and artists’ spaces, and the Blue Star Brewery.

A little farther out still, the missions trail includes five 18th-century colonial missions, the largest and loveliest of which is San José. You can take a set tour, drive between them, or also bike the trail with the help of the public BCycle (just 10USD for a morning or afternoon).

Beyond all that, if you’re in town with kids, you might also want to consider sweetening the deal for them with a pair of cool theme parks, SeaWorld and Six Flags Fiesta Texas. Another good bet is the Witte Museum on the eastern edge of Brackenridge Park, with hands-on explorations of natural history, science, and Texas history (dinosaurs!).

Finally, on the culinary front, one thing you’ll definitely want to try here is Tex-Mex, which has spread throughout the USA but originated here, starting with classic Mexican cuisine but adding new ingredients such as shredded cheese, meat, beans, peppers, spices such as cumin, and flour (as opposed to corn) tortillas; Tex-Mex inventions include chili con carne, nachos, fajitas, and hard tacos.

Happy eating in San Antonio, for all the senses!