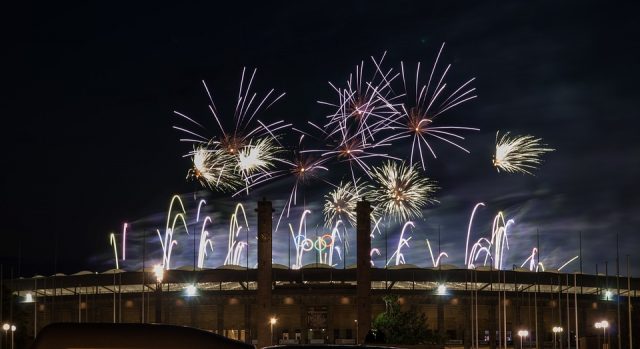 One of the world’s coolest cities offers loads to do all year round, but like many others Germany’s capital especially blossoms in summertime. And as summer cruises toward an end in late August and September, Berlin really pulls out all the stops to make its residents happy and tide them over with warm fuzzies as fall and then chilly winter start setting in. Here are seven top examples, in order of occurrence:

Berlin museums are a copious and multifarious lot indeed, and 80 of them large and small open their doors on 25 August to welcome visitors between 6 pm and 2 am, complete with a festive atmosphere. There are themed tours available, as well as shuttle buses running between museums (click the link above for more details).

One of the greatest bands of our times will be playing a pair of concerts on 31 August and 1 September as part of their “Experience and Innocence” tour, and if you act now, with luck you can still snag tickets at one of the various online sellers!

Also on 31 August and 1 September, the skies over Berlin’s Olympic Stadium will light up once again (top), accompanied by fantastic music composed especially for the occasion. Especially fun for a family outing!


From 31 August through 5 September, gadget lovers will flip out at the world’s largest consumer electronics fair, held at the enormous Berlin Messe congress complex.  All the latest and greatest tech will be here!

The 6th through 9th of September, culture vultures will do their own flips at the new and established artists on display at the KW Institute for Contemporary Art.

Perhaps the world’s foremost underground/electronica music festivals comes to Berlin the weekend of 8 and 9 September. This year’s lineup includes the likes of Armin Van Buren, David Guetta, and Kraftwerk. There’s an eco-theme to this year’s proceedings, too, with a focus on recyling and the chance to print your own eco-friendly tee shirt.

One of the world’s great marathons takes place 16 September, with thousands in attendance and the finish line at the iconic Brandenburg Gate. Last year Kenyan Deennis Kimetto set the world men’s record here, and who knows, maybe you’ll see his record broken this time around. Meanwhile, music acts will be doing their thing all around the city.

Lots to enjoy in Berlin as summer winds down!