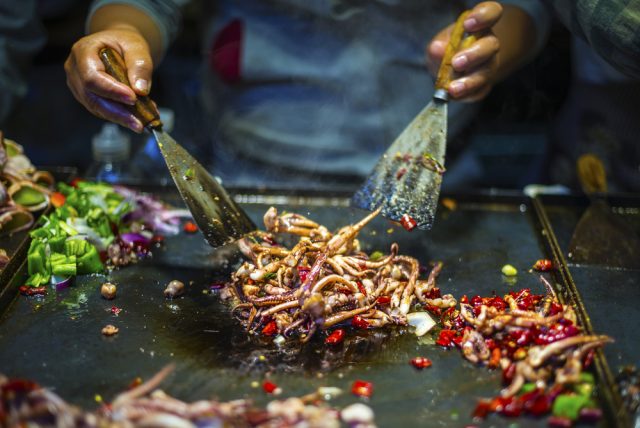 Travelling for pleasure these days often means disconnecting from our daily routines and gadgets, giving ourselves the time and space to savour life with a much-needed change of air. For many, though, travel is also synonymous with learning. While it’s true that some destinations lend themselves to learning more than others, you pretty much broaden your mind on every trip abroad, sometimes even when you’re not trying to. That, perhaps, is one of the true wonders of travel.

That being said, there are certainly destinations that present the traveller with more enrichment opportunities than others. Case in point: a Westerner visiting Asia, or an Asian person visiting the West. Today we’re going to focus on the former, and in particular on China.

Obviously, what the Asian giant can offer the Western tourist is tremendous. Boundless culture, impressive monuments and a way of life that has little to do with our own. We could list hundreds of places to visit, photos to take and routes to explore. However, we’re not going to talk about what we may learn from the Great Wall of China or the Shanghai skyline. Instead, we’re going to get away from culture in the strictest sense of the word and approach some of their customs or beliefs, those that as tourists you will likely notice when you travel… and those that are not so well known. There are so many interesting topics to cover, in fact, that we will divide the information into two posts.

To whet your appetite for what’s to come, in this first installment we’ll go to a restaurant. Without a doubt, Chinese cuisine is a key part of immersing yourself in the local culture. But apart from some of the world’s most delicious foods, you will also discover customs that are as far away from ours as, well, China itself.

Traditional eateries are generally close to the clichés to which we are accustomed in Europe: Chinese background music, colourful floors, paper lanterns and chairs with a certain rococo flair. But just that. Much of the culinary scene is far from the one that has crossed over our own borders and local Chinese food often has little to do with one adapted for Western taste buds.

And so I can tell you that the lacquered duck in Beijing is the king of kings, a delicious delicacy that will win over anyone, and for a reasonable price. You won’t eat it with knife and fork, nor will you eat it with chopsticks – you’ll eat it with your hands! Don’t let your Euro table manners get in the way, just do like the locals and grab a “Peking doily,” a kind of crêpe used to pick up the delicacy. The waiters will carve the bird in front of you and serve it on large plates thoughtfully placed on those wonderful rotating Lazy Susans, making it quite easy to enjoy more and more of this uniquely Chinese dish. 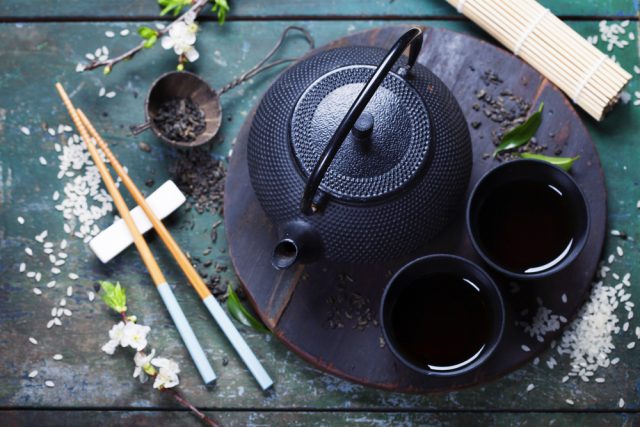 You should also know that if you ask for water in traditional restaurants, they will bring you hot water: according to Chinese medicine, cold drinks are not good for our bodies while we eat. For this same reason, meals are typically enjoyed with the quintessential Chinese green tea.

Also, don’t expect Western cutlery, only chopsticks (except in very touristy places, if you ask for them), and you may be surprised to know that generally napkins are not provided. So do pack some moist towelettes if that’s important to you, as they may save you more than once.

Sleepy after all that Peking duck? Don’t hesitate to take a quick nap at the table. In China, it’s not out of line, given the long work hours and distances. As you see, Chinese table manners can be quite different from what we are accustomed to, so expect the unexpected and if all else fails, when in Rome…

Finally, to wrap up today’s post, one more thing: don’t be surprised to see street vendors selling fruit brochettes… or even – are you ready for this? – grilled scorpions and tarantulas and all manner of creepy crawlies on a stick! You’ll come across them in the centres of Shanghai and Beijing, where you will also experience exotic smells that we are truly at a loss of words to describe. Could it be the scorpions, or their ilk? You’ll only know for sure… by flying there!