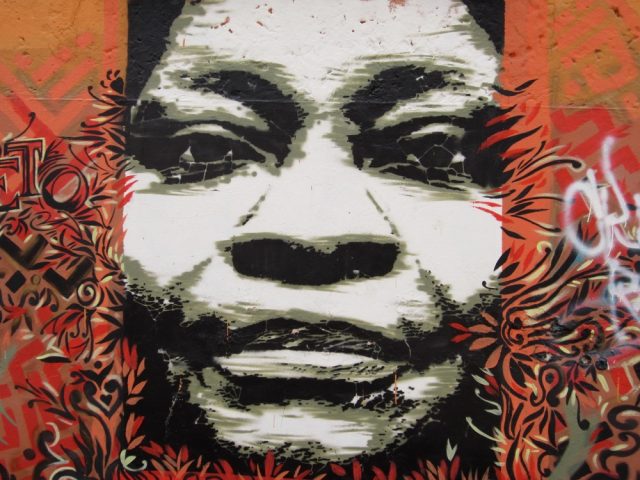 Colombia‘s sprawling capital – dubbed in some quarters the “Athens of South America“, is awash in arty activity these days, and not all of it in museums, galleries, and suchlike venues. Public art outdoors is becoming more popular, especially when it comes to street murals, and a great way to discover it is by bike (perhaps taking advantage of the Bogotá‘s Ciclovia initiative, in which every Sunday a number of large streets are closed to vehicular traffic, leaving them the province of bikers, skaters, and walkers). 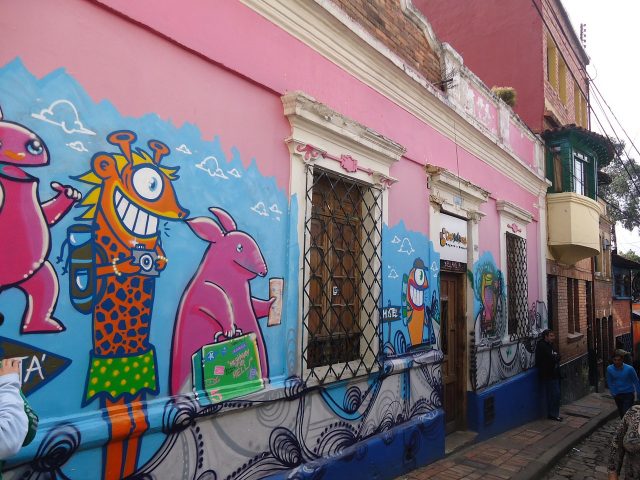 A number of arts and community organisations offer tours of central Bogotá’s street art – from graffitti to full-fledged murals – and quite often free of charge (though with donations gladly accepted). The route includes a good chunk of the city’s colonial core, La Candelaria adjoining it, such as La Concordia and Chorro de Quevedo squares, as well as streets like Calle del Venado. It then heads over to Plaza de Mercado and via Calle 16 to Parque de los Periodistas (Journalists’ Park) in the Santa Fé neighbourhood and ends up at the corner of Calle 20 at Carrera 4, location of a mural bringing together some of the city’s most prominent street artists.

Other excellent examples of graffitti and urban art can be found in galleries such as Visaje Graffiti, a 20-minute drive north of La Candelaria, and not far off, MAMBO, the Museo de Arte Moderno de Bogotá.