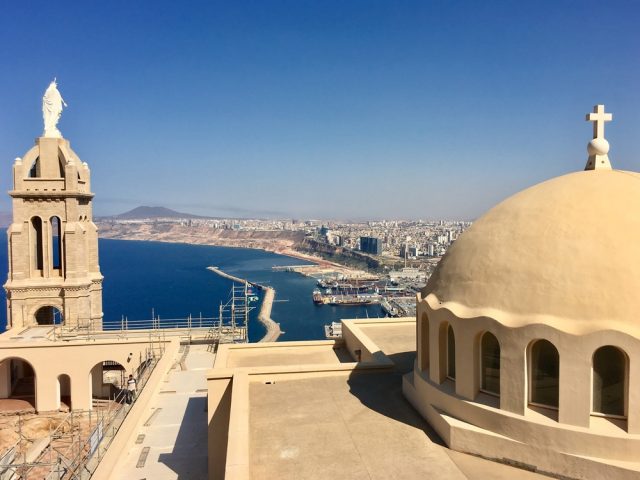 In the West these days, we rarely if ever spare a thought for North Africa‘s largest and second-most populous country, but as this blog has reported several times, Algeria is an underrated gem, from the history and culture of capital city Algiers to ecotourism to ancient Roman ruins to amazing ecotourism. The world was much more aware of it during the middle decades of the 20th century, though, thanks to the works of Paul Bowles and French Nobel-prize-winning writer Albert Camus (born in Algeria), as well as its brutal war of independence against France. But Algeria largely missed the tourism boom of the late 20th century thanks to the violence of an Islamist insurgency, and only today is it finally starting to come into its own as a tourist destination.

And if you should decide to come to Algeria, do try to set aside some time for a day or overnight in second most important city, Oran, 4½ hours by road and an hour by air eastward along the Mediterranean coast from Algiers. Founded in the 10th century by traders from al-Andalus (Moorish Spain), today it’s dynamic, buzzing, and dubbed “The Cheerful” by Algerians. The city centre feels like a movie set with its fading but still impressive French colonial buildings, revolving around its main hub, the Place du Premier Novembre. 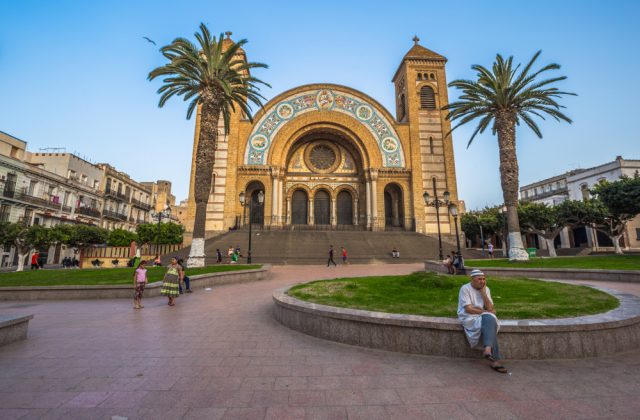 Major highlights include a warrenlike mediaeval kasbah, including an 18th-century mosque; the imposing Sacré-Cœur Cathedral (above), built in the first decade of the 20th century and now home to a library; the neo-Baroque Théâtre d’Oran, built around the same time; Santa Cruz Fort (top), looming over the city, dating back to the nearly 260 years of rule here by Spain from the 16th through 18th centuries; the Ahmed Zabana National Museum, showcasing a mix of history, art, archaeology, and natural history; the late-19th-century Abdallah Ibn Salam Mosque, once the city’s main synagogue; and the 17th-century Bey’s Palace, with its harem, guard towers, and stuccoed halls; and fetching nearby beaches such as Madagh, Les Andalouses, and Aïn-El-Turk. All that was joined in March 2017 by the Musée d’Art Moderne, showcasing rotating exhibits of cutting-edge works from across the Maghreb in a handsome 1922 colonial building.

But beyond the “sights” of Oran, another must for any visitor is its sounds: to explore the music for which this city has become best known even beyond the borders of Algeria. Raï, is a genre of folk music that arose among the poor here as far back as the 1920s, and coalesced into a major movement beginning in the 1980s. It married traditional music with European influences and instruments (these days including pop and electronica, creating a danceable sound that you’ll hear in clubs all over North Africa and beyond, like Raï superstar Cheb Khaled‘s C’est la Vie, below); took on new themes including love and enjoying life, as well as contemporary social issues including anticolonialism, poverty, the plight of women, food prices, violence, drinking (mores about alcohol are more lax in Algeria than many other Muslim countries), and more; and these days counts many female artists among its ranks.

Besides Khaled, other prominent Raï musicians include Rachid Taha, Raïna Raï, Cheb Bilal, Cheb Hasni, and Faudel. In cabarets, clubs, and other venues all over town, you can catch performances both traditional (in spots like  Mascara, Tiaret, and Saida, where the old gasba flute and guellal drums predominate) and souped up (fancy nightspots such as El Manara, Sun House, and Beau Rivage). It’s guaranteed to be an experience both moving and fun!