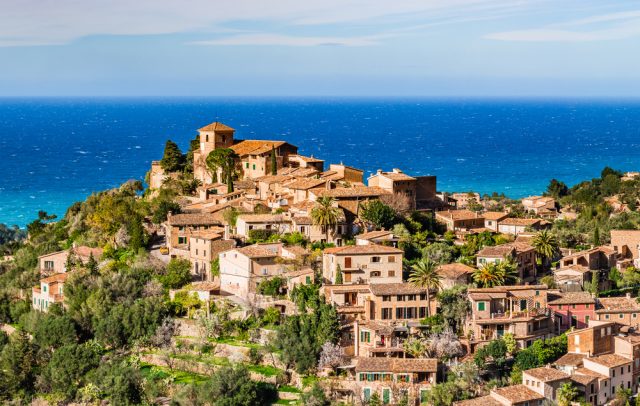 We usually associate the largest of the three Balearic Islands with sun, sand and tons of (often tipsy) tourists. But there are plenty of lovely little corners across the island outside capital Palma de Mallorca where a very different vibe and rhythm of life holds sway. There’s no better example than the lovely little village of Deià, perched atop the cliffs of the northeastern coast.

About 45 minutes north of Palma (reachable by train as well as road), Deià spills down to the azure Mediterranean in a cascade of cobblestone streets, terracotta roofs, vibrant bougainvillea, and ochre stone walls, all with Mt. Teix looming above, part of the Tramuntana mountain range. 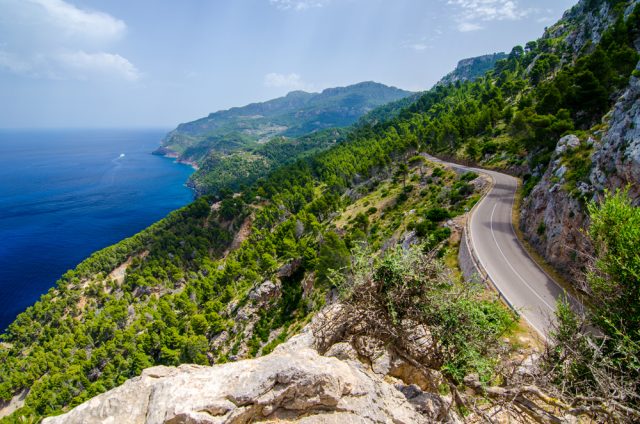 Dating back to the mediaeval period of Muslim occupation, the town’s undeniable charm has attracted expats since the 19th century, and there’s a reason why rich/famous types who could live anywhere in the world have frequented Deià, sometimes even bought property here – the likes of Richard Branson, Andrew Lloyd Webber, Mike Oldfield, Robert Palmer, and Mick Jagger. This long history as an artists’ colony means a rich social, dining, nightlife, and cultural scene of music venues as well as plenty of art in both in galleries and other places such as the luxurious La Residencia, which boasts an impressive modern collection as well as an array of Joan Miró works on loanthe artist’s estate. The village even makes an occasional cameo in the world media – for example, most recently as a location for the award-winning TV version of John Le Carré‘s The Night Manager. 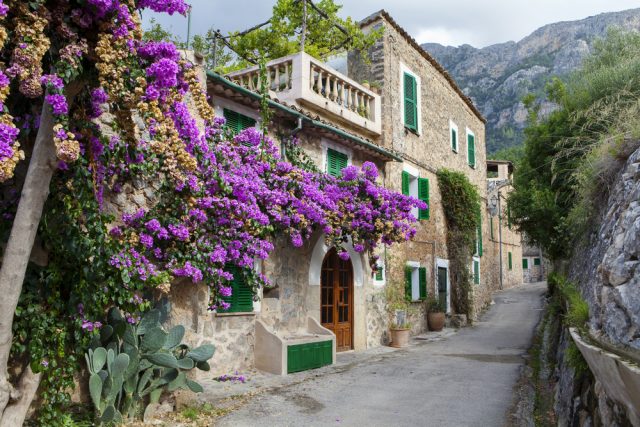 Actual “attractions” are relatively few but interesting, starting with the Robert Graves House, dedicated to the poet and author who lived most of his life here and whose presence was in a real sense responsible for the town’s 20th-century evolution into an arts colony. Son Marroig, a villa just outside town which in addition to being a concert and special-events venue (such as late June’s classical Deia International Music Festival) has a museum about the Italo-Austrian archduke Ludwig Salvador, who bought and restored it way back in the 1860s. Twenty minutes down the coast, meanwhile, is the Monestir Miramar, now home to an interesting museum. The late-15th-century San Juan Bautista Church is atop a steep local hill, and right in town you’ll find a small archaeological/ethnographic museum.

But really, much of what makes the experience here in Deià is simply hanging out and basking in the charm and the vibe. Well worth a morning or afternoon, far from the usual madding tourist crowd.