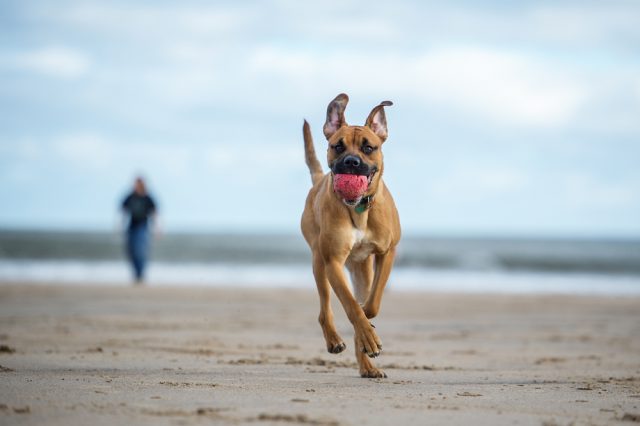 In Spain these days we love words and expressions in English – the following can actually be a real sentence: “El selfie vintage de ese influencer es un trending topic”. Do we use them because of their Anglo-Saxon pedigree, because they simply sound more “cool” (another Anglicism), or a mix of both? Who knows – but in any case, today I’m going to talk about a phrase and trend gaining currency here – “pet-friendly” and particularly “dog-friendly”.

These are the destinations that allow travellers to share tourist experiences with their canine companions. Specifically, today we are going to focus on dog-friendly beaches in the Valencian Community, the region of Spain where you and Fido will find the highest percentage of this type.

With its 524 kilometres (325 miles) of Mediterranean coastline, the community’s provinces Valencia, Alicante, and Castelló are already among the favourite destinations for many holidaymakers, and it’s also the area with the largest number of blue flags in the whole country, making it an ideal place for families. And what is a family without its faithful, beloved pet? That is why this area of the Spanish coast today has the largest number of doggie beaches in the country, currently a total of 17.

Before sharing that list, it’s important to know the rules. No mention is made of dogs in Spain’s coastal laws, so you could think that any beach would allow access, but this is not the case. Each municipality is responsible for designating which beaches allow animals and which do not (and therefore fine accordingly).

The basic rules of coexistence on the doggie beaches are:

Apart from this, each municipality sets its own specific rules, such as beaches that only admit dogs in low season or at certain times. In the case of the Valencian Community, the great majority operate in summer, except for two that are reserved only for low season.

From south to north, the doggie beaches in the Valencian Community are, in Alicante:

In Valencia, the beaches are: