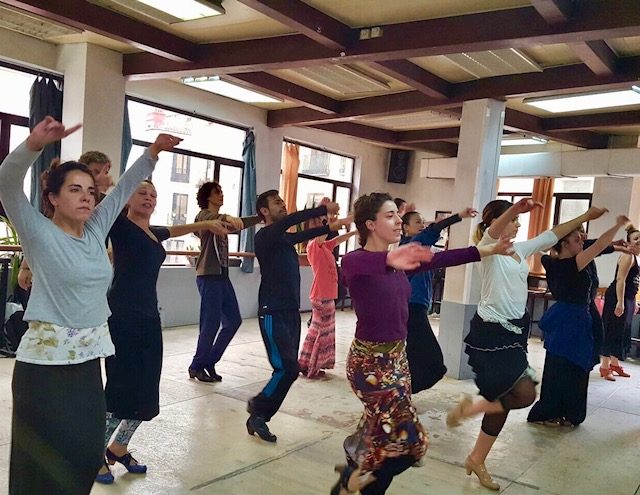 Spain’s quintessential art form flamenco is a highly seductive, captivating dance and music. The soulful expressions of the dancers, the swish of ruffled skirts hiked knee high to emphasise intricate steps, plus the sensual yet ramrod-straight dominance of male partners entices wannabes from around the world to learn the dance in the country where it originated. But desire and reality are not always the perfect fit.

“I’ve seen many try to learn pure flamenco in adult life. But it’s almost impossible unless you’re born into a flamenco atmosphere,” I was told by “Paco”, an impressively accomplished Madrid flamenco enthusiast, as I was researching this post. Almost, perhaps, but not completely. He, like many of his countrymen, settled on the sevillana, a somewhat lighter version, which can be learned in a few hours and danced to a pre-established routine by pairs or groups.

You can of course find flamenco instruction throughout Andalusia, but visitors to Spain’s capital also have a number of options. Since there’s no official flamenco organization, hopefuls scour the web, Facebook, and YouTube, or inquire at Visit Madrid. But if you’re interested, here are a pair of excellent places to start, ¡olé!


Above the trendy food stalls of the Mercado Antón Martín, the terracotta building (below) on Calle Santa Isabel in the atmospheric, central Lavapiés district is marked by a two-story mural of “Isabelita”, a stunning costumed woman with a head cap of tiny flowers, a purple eye mask, and a flamenco-dancer tattoo. Motorbikes rumble outside through the narrow nearby streets, past shops selling wares both mundane and exotic; the strum of a guitar maker testing his instrument can be heard in one of them, while in another a flamenco shoemaker slips a creation on a customer’s foot.

Isabelita hints at the top-floor tenant, 65-year-old Amor de Diós (God’s Love), a studio whose teachers have trained some of Spain’s most distinguished flamenco dancers. These days students include not only  Spaniards but some 88 other nationalities. Taking the lift up, I find a space alive with the overpowering sounds of clicking castanets, a cane tapping out a beat, the box drum being practised, and hundreds of pounding feet on wooden floors. A large poster board opposite the lift advertises the teachers giving private and group classes, which are arranged through them rather than Amor de Diós per se, which functions more like a space rented by the instructors. 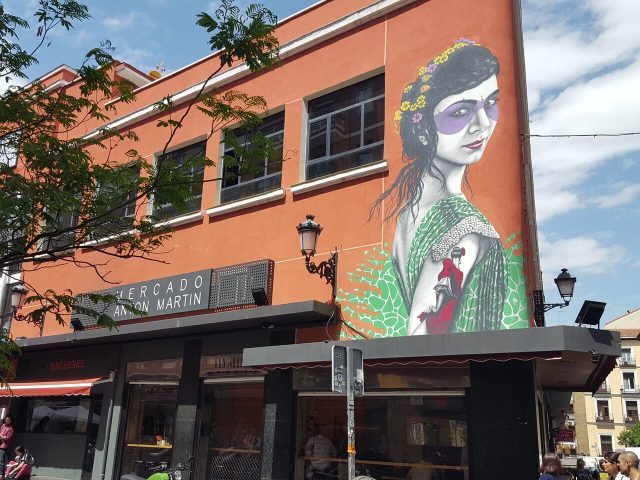 Alejandro Granados is one of those Amor de Diós instructors when he’s not touring domestically and internationally. Born in Seville 57 years ago, he studied ballet before joining his mother’s flamenco company, eventually touring as a solo act. “In my classes”, he explains, “we do dance, not steps. Most important part is the entire body, even the eyes. The feet have been commercialised lately. But it’s also very important for students to be open inside.” He believes dance is like life. “It’s simple to live, but can be difficult and complicated to interpret.”

Granados participates in multiple workshops and drop-in classes while on the road. But his favorite flamenco festival takes place annually in Albuquerque, New Mexico. There at the weeklong, 31-year-old Festival Flamenco Internacional de Albuquerque, Native Americans show up and praise his dancing body’s connection with the earth. The art form is strong out here, with the University of New Mexico even offering a minor in flamenco.

With roots dating back to 18th-century Andalusia, flamenco has become a worldwide phenomenon throughout Europe, the Americas, and even Asia (one Tokyo venue has just celebrated its 50th anniversary). But the basic elements have never changed. The wailing, plaintive song accompanying the dancer(s) is sung by a handful of men in black – occasionally you’ll spot women, too – composed on the spot or well-known, themselves accompanied by several guitarists, often a box drum player, and and several clappers who keep the compás (rhythm) which is the heartbeat of the dance.

Virginia Eshelman, originally from Lancaster, Pennsylvania, an exception: a foreigner who “conquered” flamenco. Now in her 70s, she remembers hearing Spanish music in Boston in the 1970s. That led to private flamenco classes every day in Madrid and even performing in tablaos, intimate clubs serving food and wine into the wee hours. “The muscles of the torso cannot be taut,” she said recently in Madrid, now her permanent home. “I had elastic muscles all over my body.”

Eshelman also possesses duende, an instinctive heightened state of emotion while performing that has nothing to do with technique or the classroom. “Flamenco is like jazz”, she told me. “It must be strict, on the dot. The dancer must never be out of rhythm. The younger it’s learned, the better”.

Now widowed and retired, she has returned to flamenco lessons. But she’s not pleased to see younger dancers put an emphasis on their footwork, pointing out that “flamenco dancing is in the soul; it’s never in the feet”.

At age 33, Marta Aramburu earns her living as a flamenco dancer and supplements that with private lessons, some to locals who want to learn the sevillana for weddings. She’s from the north of Spain (certainly not a flamenco-popular region), and an oddity in having dedicated her life to flamenco despite the fact that it’s an unregulated dance world and mostly a cash business. She prides herself as accommodating her clients and tries to rent a dance studio near their hotels. “I will teach just one lesson to anyone if that’s all they want,” Aramburu said, noting that a basic education helps people who attend tablaos. “The age and the size of the person doesn’t matter, however, I don’t think I can teach a man very well.” But she’s often turned away at certain rental studios because of the noise associated with the dance. Plus ballet academies don’t want flamenco shoes breaking their floors.

Speaking of which, proper footwear is needed for lessons. For the beginner, ready-mades in a Madrid shop cost about per 60 euros per pair. Mid-range is double that, while the professionals pay even more. It’s best not to buy online, unless handmade, since a secure fit is important. Most shoes are made of varying qualities of leather, and all have either a strap or a tie across the middle of the foot. The heel is about two inches high and flat at the bottom. Small nails are inserted into a thin metal covering of each toe tip and heel of the shoe and then sanded to a smooth surface. Legend has it the tapping sound of the dancers’ feet imitates that of men from flamenco families who worked as blacksmiths. 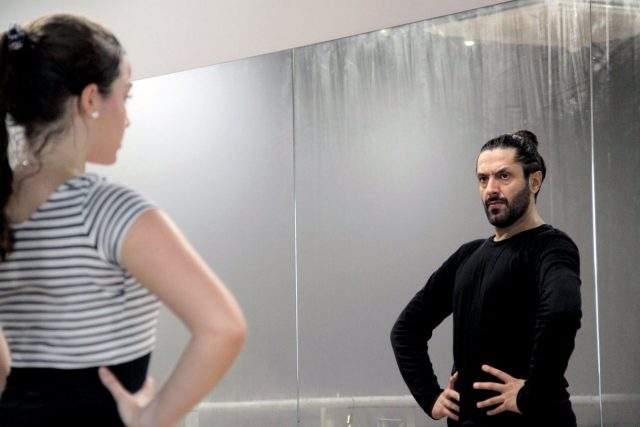 A few minutes north of Amor de Diós, the approach of another school, Uflamenco (above, Calle Divino Pastor 7), includes music and song in a classroom-studio atmosphere to international students, all under one roof in its four-storey building. Group classes of up to a dozen adults are offered Wednesdays from 8 pm to 9 pm, at a cost of 42 euros a month, with emphasis on basic steps, different varieties of flamenco compás, and how to move the arms and body. Uflamenco’s mission statement considers flamenco a culture that includes all three; in addition to walk-in classes, it even offers an undergraduate degree in flamenco.

Class prices throughout the flamenco teaching world vary. Many individual instructors begin around 30 euros per hour for private lessons, 40 to 50 for group classes; others discount for multiple classes. Since Spaniards are gracious and warm people, negotiation is never out of order.

But ultimately, of course, it’s the student’s duende that truly matters.

Judith Glynn is a freelance travel writer and author of two books. She adores Spain and flamenco; maybe one day she’ll follow her own advice and take lessons herself.