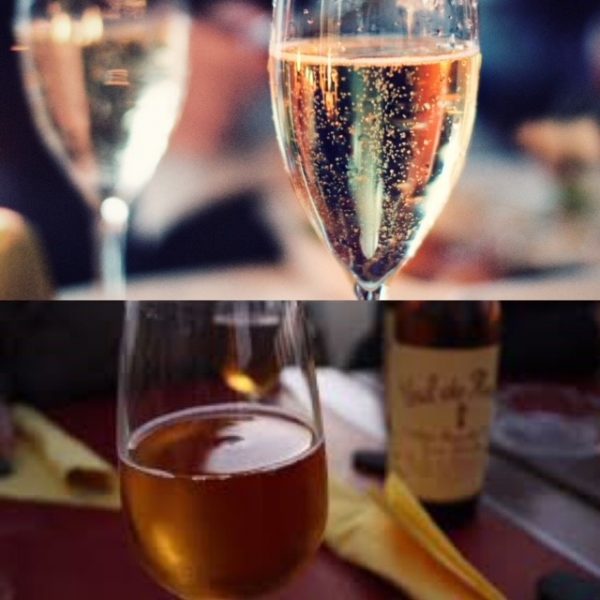 Two places in two different parts of France. They sound somewhat similar, and both plenty have plenty of history and culture. But they’re very different flavours – starting with their tipples of choice! 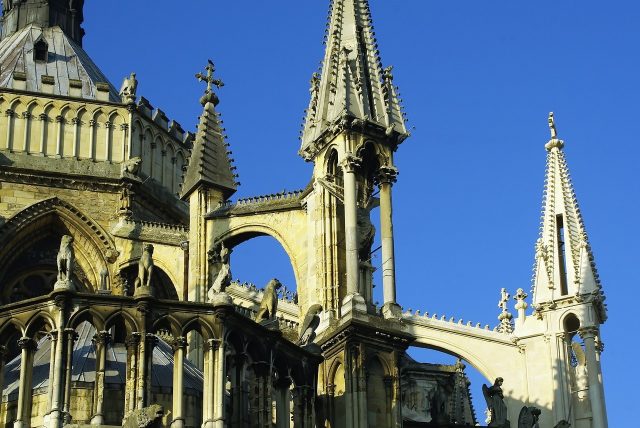 The better known of the two, of course, is Reims (pop. 183,000), capital of the Champagne-Ardennes region some two hours northeast of Paris. Founded by the Gauls and subsequently a provincial capital of the Roman Empire, its centrepiece is its magnificent 13th-century Cathedral of Notre-Dame, a UNESCO World Heritage Site which was the traditional coronation site of France’s kings – 25 of them in all. Other landmarks include an ancient Roman city gate and a sumptuous archbishop’s palace, and the pleasant streets of its old town are lively with activity.

Here, of course, the name of the game is wine – specifically, Champagne produced in the fields and hills of the surrounding region by les grandes marques such as Krug, Mumm, Piper-Heidsieck, Pommery, Taittinger, and Veuve Clicquot, which have headquarters and offer tours of their facilities, including the network of chalk caves and tunnels underneath the city. 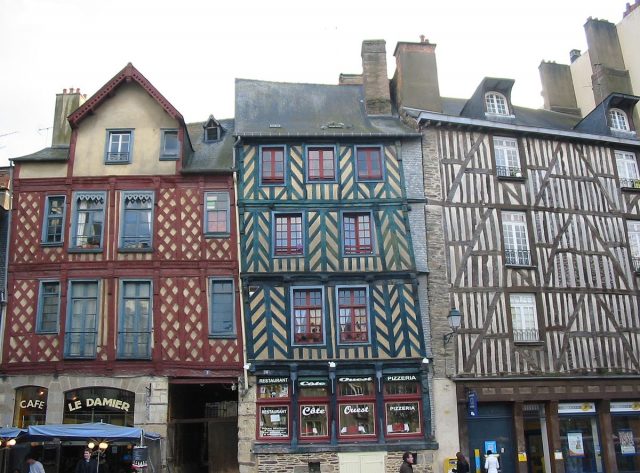 A bit farther from Paris – some 3½ hours – Rennes (pop. 215,000) is the capital of the northwestern region of Brittany. Another Gaul-founded settlement, its old town still evinces signs of its half-timbred houses of the Middle Ages (above), along with the more recent neoclassical architecture such as its 16th- and 17th-century Saint-Pierre Cathedral. Also don’t miss the Porte Mordelaise, the only remaining gate from the city’s mediaeval wall; the Belle-Époque Palace of Fine Arts, one of France’s largest; and the lively, colourful Saturday market – France’s second largest! – on Les Lices Square; and one of the country’s loveliest gardens, the Parc du Thabor.

Up here, tradition and generally crisper weather the grape is joined by the apple as the fruit of choice, and alongside le vin, Bretons love their cidre (slightly effervescent hard cider), chouchen apple-honey wine, lambig apple eau de vie, and Calvados apple brandy from next-door Normandy. Accompanied by sweet or savoury pancakes (crêpes or galettes), these are found in most local restaurants, cafés, and pubs.

Two extraordinary and tasty destinations in all senses! Which appeals to you more?