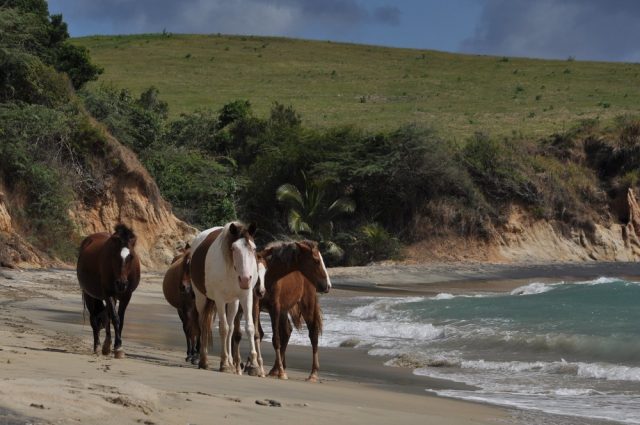 The Latin-flavoured bit of the USA in the Caribbean that is Puerto Rico is itself a tropical paradise of balmy, palm-fringed beaches, rain forests, and vibrant island culture and history now more than ready to receive visitors after being walloped by Hurricanes Irma and Maria last fall. But when Puerto Ricans themselves want to “get away from it all”, they (and a few discerning gringo visitors) escape to their own pair of smaller islands off the east coast, like unpretentious, castaway slices of the olde-tyme Caribbee. Welcome, amigos, to Vieques and Culebra. 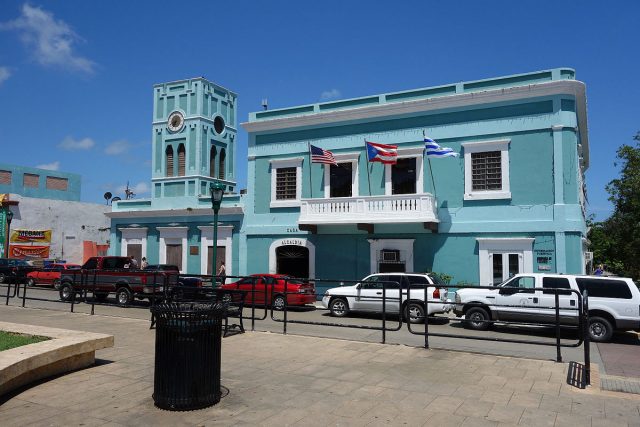 The larger, nearer of the two, it’s about an hour-15-minute ferry ride from Fajardo, an hourlong, 80USD taxi ride from San Juan (or if you’re in a rush, just a ten-minute flight from the nearby town of Ceiba). Some 34 kilometres (21 miles) long by six km (five mi.) wide, the island Puerto Ricans dub la Isla Nena (Little Girl Island) has a population of around 9,300, and two very laid-back towns, tiny Isabel Segunda (above, named after the 19th-century queen of Spain) and even tinier Esperanza, with no traffic lights and exuding low-key Spanish colonial charm.

But what brings most here are Vieques’ dreamy, white-sand beaches, some 40 of them, considered among the Caribbean’s very best; aficionados especially love García, Navio, Sun Bay, Caracas, and Media Luna. For a change of pace, there’s also a black-sand beach, Playa Negra. There’s great surfing, snorkeling, and diving at many of the above.

There are a few land-based eco and even historical/cultural activities, as well. Many of the former are based in the Vieques National Wildlife Refuge covering most of the east of the island and great for hiking, biking, birding, beaching, and spotting marine wildlife including dolphins, whales, and manatees. (The reserve was created, by the way, on the site of a notorious U.S. Navy firing and bombing range, which after more than a half century of environmental damage and a local death, was driven out by massive protests in 2003.)

Manmade landmarks, meanwhile, include Isabel Segunda’s Fortín Conde de Mirasol (aka Fuerte de Vieques), a small fort that was the last built by Spain in the Americas, in 1845; the Faro Punta Mulas, an 1896 lighthouse with a museum; and Esperanza’s ruins of an old sugar mill. It’s also worth a visit to Esperanza’s Vieques Conservation and Historical Trust, with exhibits about local history, wildlife, art, and culture.

Another major draw here is one of the world’s rare bioluminescent bays, inhabited by micro-organisms that glow in the dark. Mosquito Bay (aka Phosphorescent Bay) is reputed to be the world’s brightest, a mangrove-sheltered inlet that you can kayak, canoe, and swim in – your paddles and body glowing as well as they glide through the water. It’s an awe-inspiring experience, to be sure!

Interesting side note: you may also come across free-roaming horses (top), on beaches, roads, or hiking trails. They’re not wild, and if needed, their owners somehow know how to find them!

And finally, while there are still signs of hurricane damage on Vieques, including a few shuttered restaurants and lodgings, the roads are cleared and for the most part services are back (including power supplied in part by new Tesla-installed solar panels), allowing visitors to once again enjoy the barefoot charms that have created such a dedicated following in years past. 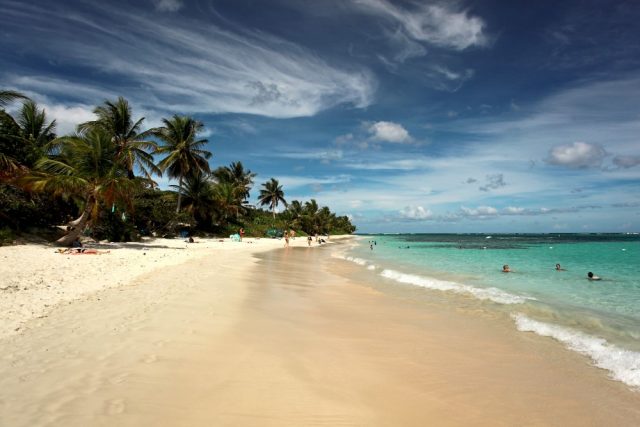 Geographically part of the Virgin Islands archipelago (St. Thomas is practically next door), Culebra is so laid back, it makes Vieques look like Aruba or the Dominican Republic! Just  11 by eight km (seven by five 5 mi.), with a population just over 1,800, it’s surrounded by 23 islets and cays and has a shoreline with a mix of cliffs, mangroves, and heartbreakingly lovely beaches. It’s a 20- to 30-minute flight from San Juan or Ceiba (an hourlong, 80USD taxi ride from San Juan) and a cheaper, 90-minute ferry ride from Fajardo (but this can be an iffier proposition, often late and/or irregular).

After likely dropping your bags in the main village, Dewey, (aka Culebra Pueblo), where you’ll do most of your shopping, drinking and dining, there’s not much to “do” (well, apart from an interesting little local museum, El Polvorín, a short drive east of Dewey on the way to Zoni Beach) except kick back, and enjoy Culebra’s nature and spectacular strands.

The island’s star beach (according to some, one of the Caribbean’s top three) is Playa Flamenco, a half-mile crescent with shallow, turquoise waters and amenties including food and drink, outdoor showers, and rental of chairs and umbrellas. Though it’s Culebra’s most popular, Flamenco rarely feels “crowded”, and some stretches are positively deserted. Other fine beaches including Tamarindo, Resaca, Melones, and the aforementioned Zoni. For ecotourism, check out the Culebra National Wildlife Refuge (turning 110 next year!), distributed throughout the island and offshore islets and cays. It includes dry subtropical forests, beaches, mangroves, and coral reefs, and can be visited via Dewey-based tour operators.

In short, if you’re yearning to really “get away from it all” in the Caribbean, this pair of Latin beauties is back, rebuilding, and ready to receive you with open brazos!