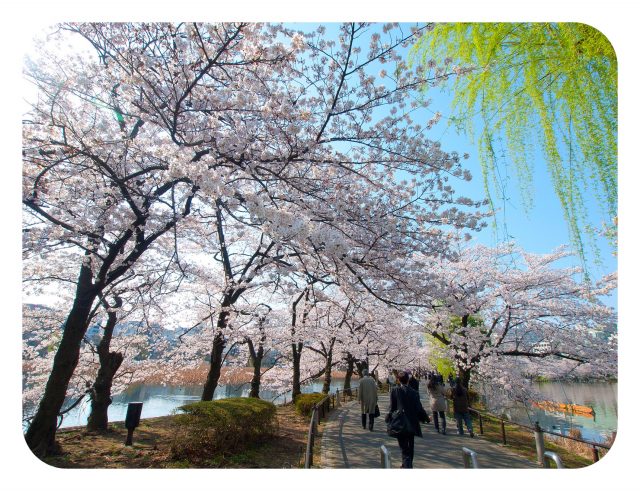 Hai, it’s that time of year again. The season of Sakura Haruno (no, not the cute anime character – she was named for the original phrase, meaning cherry blossoms). Also known as the hanami (flower appreciation), these several weeks in March and April that see Japan’s many cherry trees paint entire landscapes in glowing pink and white, with sweet aromas wafting, and are widely celebrated in song, prose and festivals. And naturally, it’s a time much favoured by many travellers to the Land of the Rising Sun.

There are various regions to enjoy this marvel of nature, from the smallish tropical isle of Okinawa way down south (where the season starts much earlier, around mid-January) to Sapporo (end of April) on the northern island of Hokkaido.

But of course especially due to their centrality, much of the attention is focused around Tokyo and the city of Nara, four to six hours to the east near Kyoto and Osaka (each with their own blooming cherry-blossom scenes). 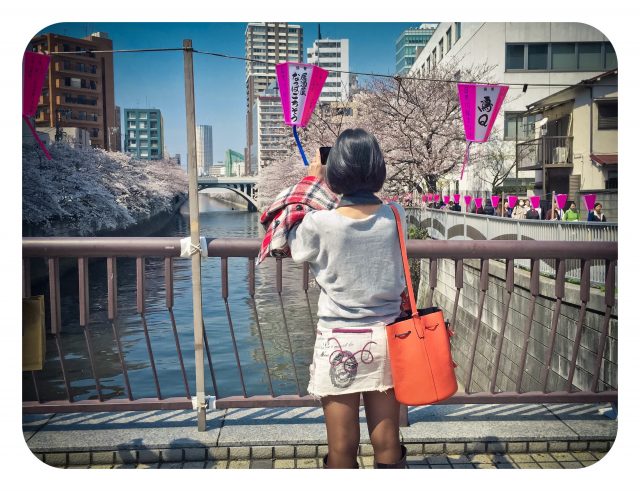 Multitudes delight in the hanami across parks, other green spaces, and temple grounds in and around the capital.  One of the top draws is the Bokutei no Sakura in Tokyo’s northeastern Sumida district (site of, among other things, the Tokyo Skytree, Japan’s tallest structure and the world’s highest communications tower). A hundred trees were planted along the river here in the 18th century, which over the centuries grew to more than a thousand, and the 14-kilometre (8½-mile) stretch of Sumida River banks between the Azuma and Makura bridges are particularly popular, with blossom-peeping possible on foot or via river cruise, either by day or illuminated at night. The district’s cherry-blossom festival, Bokutei Sakura Matsuri, runs this year from this past weekend to 10 April, and 2019 dates will be similar, but depend on when the blossoming actually occurs. 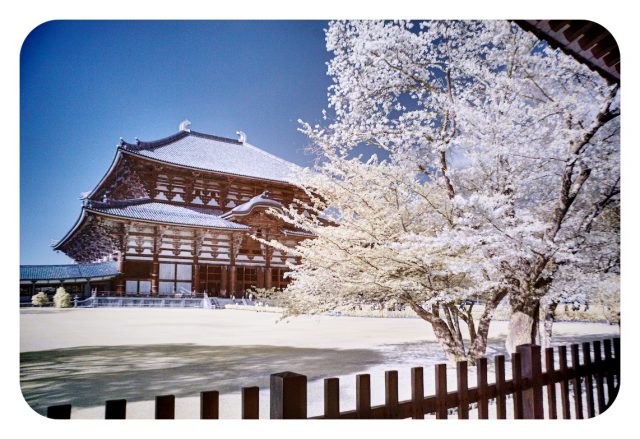 The hanami is perhaps even more special over in more tranquil Nara (pop. 360,000), Japan’s 8th-century imperial capital. Known for its traditions and its profusion of Buddhist and Shinto temples and shrines, as well as the reconstructed imperial Heijōkyū Palace (the city boasts a whopping eight UNESCO World Heritage Sites), it’s a place where you’ll see wild sika deer in parks and even along some streets, nibbling blossoms as they amble along, and protected by local ordinance thanks to the traditional belief that they’re sacred messangers of the Shinto gods (though their horns are clipped)

These many shrines and temples – such as Hōryū-ji, Tōdai-ji, Kōfuku-ji, Gangō-ji, Yakushi-ji, Tōshōdai-ji, and the Kasuga Grand Shrine – provide classically scenic backdrops to the spectacular sakura blossoms. And if you want to experience something truly jawdropping, drive an hour south to Mount Yoshino, perhaps Japan’s most famous blossom-peeping spot, with more than 30,000 trees connected by a pilgrimage trail; the temples and shrines of the eponymous nearby town are also well worth a stop.

The 13th-century Buddhist priest, philosopher and writer Dōgen Zenji once famously said, “do not ask me where I am going as I travel in this limitless world, where every step I take is my home.” And stepping awestruck among these extraordinary miracles of nature feels like a magical home indeed.

Best fares to Tokyo from the UK.