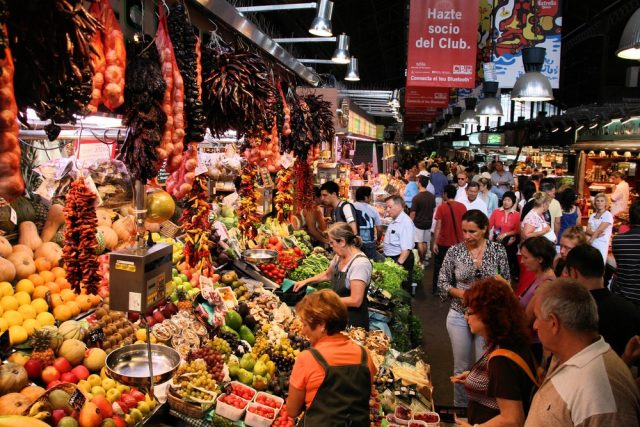 The home of Serrano ham, suckling pig, and a cornucopia of sausages has been a little late to the game when it comes to widespread dining and shopping options for vegetarians (especially those who eschew fish and ovo-lacto), beyond having to settle for salads and side dishes. But in Spain that has been steadily changing in recent years – especially in the past decade – and at the forefront of said change is Catalonia‘s capital Barcelona.


These days if you do an online search for Barcelona vegetarian restaurants and shops, you’ll get dozens of hits – and no longer just the funky little holes in the wall for hardcore vegans and macrobiotic/raw-food fans, but high-quality, even sophisticated menus appetising to all and sundry. And that’s not even taking into account the growing profusion of “ethnic” eateries, especially of Asia and Africa (such as Indian and Ethiopian), with veg dishes prominent on the menu. A local Barcelona Veg-Friendly movement has picked up considerably in recent years, and in spring 2016 the municipal government even lent its imprimatur to this trend, declaring the city officially veg-friendly (the first in the world to do so officially) and lending support to various campaigns and initiatives along those lines. 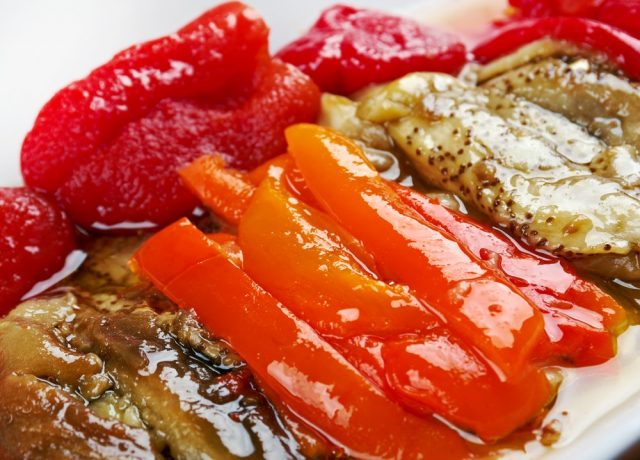 This trend and movement found welcoming soil not just because of Catalonia’s progressive atmosphere but also traditional Catalan cuisine, which more than other Spanish cuisines awards pride of place to produce in its markets (such as La Boqueria, top) and kitchens, with veggie stars such as escalivada (above; grilled eggplant and bell peppers, annointed with olive oil and garlic); coca de recapte (flatbread with a variety of veggies and sometimes fish); and especially in fall/winter, ceps, bolets, and xampinyons (mushrooms, served with many meat dishes but also solo with garlic and parsley, as well as in soups, omelettes, and other egg dishes). Of course for pescatarians, there’s also quite a bit more fish and seafood, and Catalans look forward every year to the winter season of calçots (green onions, below), charred on outdoor grills all over the region.

That tradition and receptiveness made Spain’s first edition of the pan-European culinary show Veggieworld, held in Barcelona in April 2017, a success, attracting more than 5,000 visitors and scheduling a second edition this October 27-28. 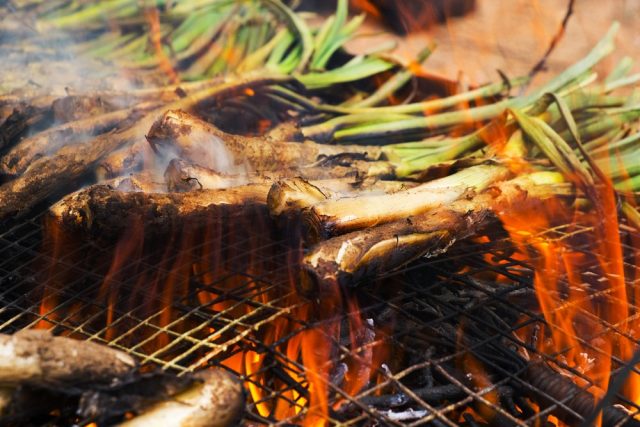 Since 2016, the Basque Country capital Vitoria-Gasteiz has followed suit in declaring itself veg-friendly, and other progressive-led urbs may soon be in the offing – which in a world in which skyrocketing carnivorousness is becoming ever more problematic on a number of fronts, can only be a good thing! But in the meantime, the best of Spain’s meatless scene is yet another reason to visit the enchanting city of Barcelona.

For a bit more on vegetarian options here as well as in Madrid, see one of our earlier posts; a more extensive number of dining spots can be found at Barcelona Veg-Friendly’s restaurant list and this IOS/Android app (also available in English). Finally, to check out the Vegans of Spain website, click here (and switch on your translate app!).