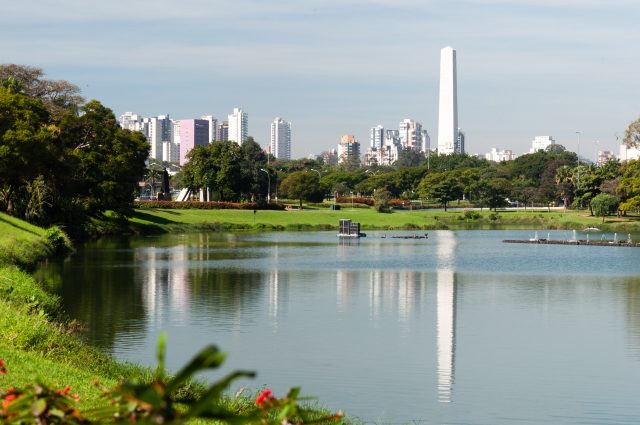 “This is São Paulo, the capital of work; a concrete giant which is day by day is becoming even more giant. We look on in amazement at the world’s fastest growing city, and growing in all directions”.

These were the words, way back in 1952, of Jean Mazon, a Brazil-based French photojournalist, in a documentary about the transportation problems of this country’s biggest metropolis. At that time, São Paulo had around 2 million inhabitants – by now 66 years later, its population has swelled to more than 12 million. And to try to create a semblance of balance, it’s urbs like this where green spaces are especially crucial, for both the recreation of residents and to serve as the “lungs” of the megacity.

Even before the beginning of explosive growth in Sampa (Sao Paulo’s nickname), a botanical garden was established in 1938. Covering just over 164 hectares (406 acres) in the south of the city next to the zoo, it of course specialises in Brazilian and South American flora, but also has a wide range of plants from around the world, both open-air and in greenhouses, along with a botanical museum.

But the city’s first true major park – something truly expansive and ambitious, where Paulistas (locals) could come and hang out freely at any time day or night – finally opened to the public two years after Mazon’s documentary. The Parque de Ibirapuera (top). is the local equivalent of London’s Hyde Park, New York’s Central Park, and Mexico City’s Chapultepec, this 158-hectare (391-acre) expanse is home to a lovely expansive lake along with various gardens, plazas, monuments, and cultural institutions including some of the city’s most prominent museums – the Museum of Modern Art, the Museum of Contemporary Art, the Afro-Brazilian Museum, and the Ibirapuera Planetarium.

It was a few years – 35, to be exact – before the next major park made its debut. Though considerably smaller that Ibirapuera at just over 16 ha (40 ac.), the Parque da Independência on Ipiranga Hill has a lot of resonance when it comes to Brazilian history, as the site of the country’s declaration of independence from Portugal in 1822. And so centred around its gardens, forest, and lawns, are a grande independence monument as well as the neoclassical-style Ipiranga Museum, packed with exhibits, artwork, furniture, and other artifacts especially relating to the first 67 years of independent Brazil, when it was actually – did you know? – an empire (the museum is, however, closed at the moment for renovation). 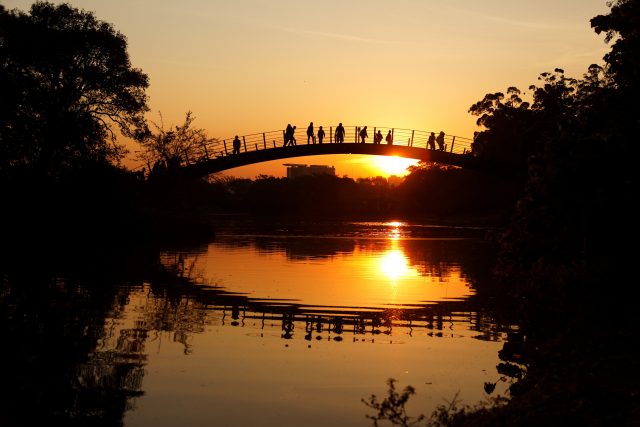 Then just five years later came Parque Villa-Lobos, 73 ha. (181 acres) in the west of the city, with a pair of lakes and plenty of woodsy areas crisscrossed with hiking trails and bicycle paths (with bikes for rent); they’re also a haven for plenty of local birds, and you might even spot and/or hear the distinctive call of the sabiá laranjeira,  . Other amenities include an orchid house and an amphitheatre hosting regular concerts and performances. el del sabiá laranjeira o zorzal colorado, ave propia de zona selvática pero de fácil adaptación en parques urbanos.