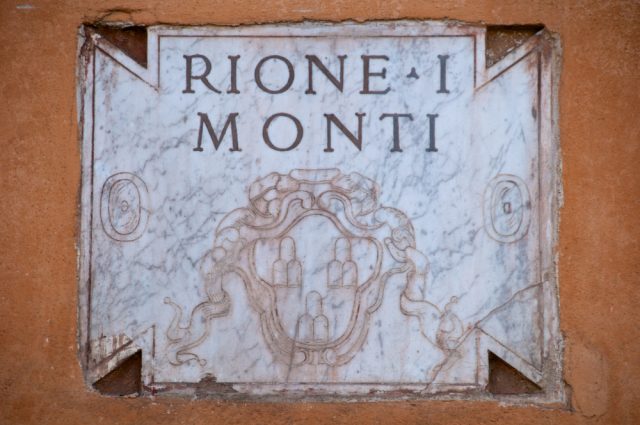 Literally in the middle of yet apart from tourist Rome, a cobblestone’s throw from the Pantheon, Trevi Fountain, the Collosseum, the Imperial Forum, and Palatine Hill, the small Monti (“Hills”) neighbourhood is essentially the Eternal City‘s oldest, springing up as a commoners’ slum (subura, hence our word suburb) in the hills during the era of the emperors.

A couple of thousand years later, cleaned-up Monti is no longer a rough, pestilential red-light district, but still remains very much a working-class area – just one now overlaid with enough of the trappings of early-21st-century hipster culture that make it hard for some longtime residents to recognise their own neighbourhood. Along local cobblestone streets like Via del Boschetto and Via Panisperna these days, vintage clothing shops, art galleries, and watering holes sit cheek by jowl with, say an old-timey barber shop where they’ve been cutting hair since 1923.

The area’s anchored by the Piazza della Madonna dei Monti, where in addition to cafés you’ll see plenty of locals hanging around the unassuming, two-tiered Renaissance fountain, maybe kids kicking around a football. It’s not that this classic old-Roman neighbourhood has much in the way of “sights” per se – unless maybe you count the relatively simple, late-16th-century Church of the Madonna dei Monti or of course the grand Santa Maria Maggiore Basilica (dating from the 5th century but extensively renovated in later centuries, includinga façade from the 18th century), with magnificent frescoes and other treasures within, located on Monti’s eastern edge.

Really, it’s more about enjoying the mix of the locals scene and the newer shopping in antiques shops like L’Angelus and art galleries like Fondaco (plus, those interested in vintage rags also have the Monti Market, held every weekend in a conference room at the Grand Hotel Palatino at Via Leonina 46, where you’ll also find artisenally designed clothing, jewelry, lamps, and accessories). 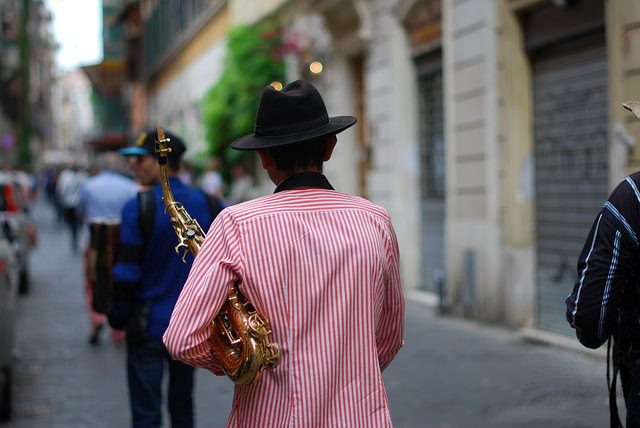 The eating hereabouts is fine, as well. These days there’s a growing variety of cuisines available, including Indian Brazilian, and Japanese. But classic Roman fare continues to be Monti’s speciality, at spots like la Taverna dei Fiori and Ai Tre Scalini, founded 120 years ago as a grocery store and now a bistro where the buffalo ricotta with rocket and truffle honey is just one of the menu stars.

And, as always, there’s seeing up close and personal how real Romans live. Back in 2008, the acclaimed Italian director and multiple Oscar nominee Mario Monicelli (Under the Tuscan Sun and many others) released his last film, a nearly 20-minute short – unnarrated, using ambient sound only – called Near the Colisseum. There’s no better look at this local scene, including domino-playing men, chatting ladies, religious processions, artisans’ workshops, and more. And it’s this blend of old and new that makes this a charming counterpoint to the sometimes overwhelmingly grandiose sites just next door. So come discover the full Monti!