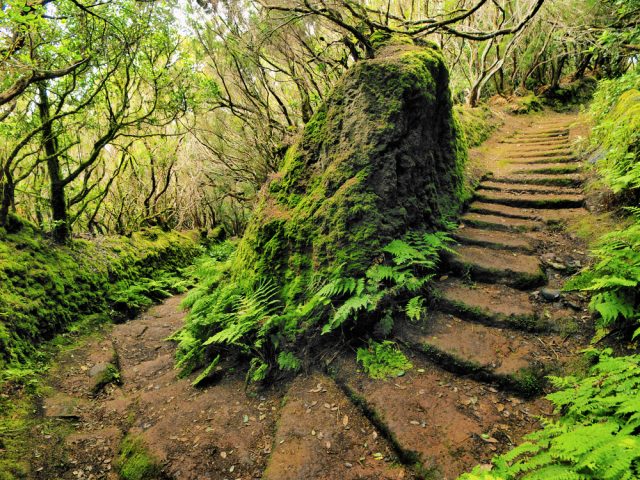 Spain‘s seven Canary Islands may not cover a huge amount of real estate in the larger scheme of things, but nonetheless they’re still home to an impressive diversity of ecosystems, from arid and desertlike to lush jungle and various others in between. Perhaps its most unique is the laurel forest – a type of subtropical forest found in places with high humidity and mild temperatures. Its trees tend to be evergreens and hardwoods, with broad, glossy, elongated leaves that lend it a particularly primordial, otherworldly air. Today we’re visiting one such forest on the north end of Tenerife, Anaga Rural Park.

Anaga is less than an hour’s drive from Tenerife’s capital and largest city, Santa Cruz, but emphatically a whole other world apart. It’s a mountainous region 14,419 hectares (56 square miles, covering about eight percent of the island), featuring dramatic topograpjhy including onetime volcanic chimneys and ravines plunging down to black-sand coves – all of it blanketed with dense “Land of the Lost” greenery.

This “enchanted forest” is a hikers’ paradise, with various paths connecting 26 villages including one of the island’s oldest, Taganana, a cute little whitewashed affair founded in 1501, just five years after Spanish invaders from the mainland finally subdued the Guanche peoples who preceded them here (in fact, along one of the local paths, leading to the village of Afur, you’ll come across the Stone of the Guanches, an inscribed, monolithic slab associated with mummification rituals.

And all the while, the magic of hiking (or mountain-biking or horseback riding) this primeval forest of twisting trees and moss-covered everything is like taking a time machine back 40 million years, when it was the norm around much of what is today the Mediterranean basin. Here away from the continent, the laurisilva forests have hung on to provide us a fantastic window into the distant past. 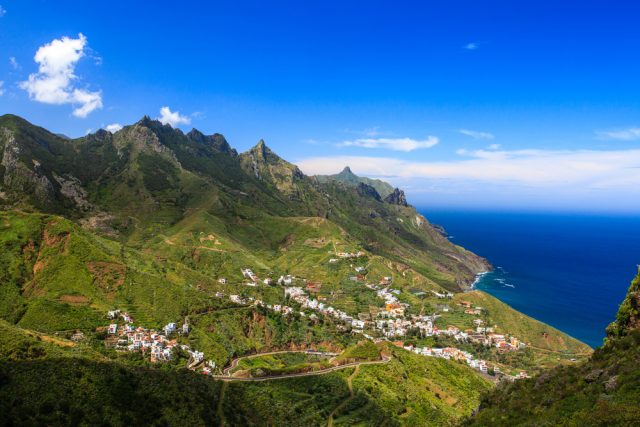 On this blog we’ve written plenty about enjoying nature on Tenerife and the other Canary Islands, but it’s here in this primordial throwback that I’m truly communing with a side of Mother Earth rarely seen anymore these days. I highly recommend you do the same.