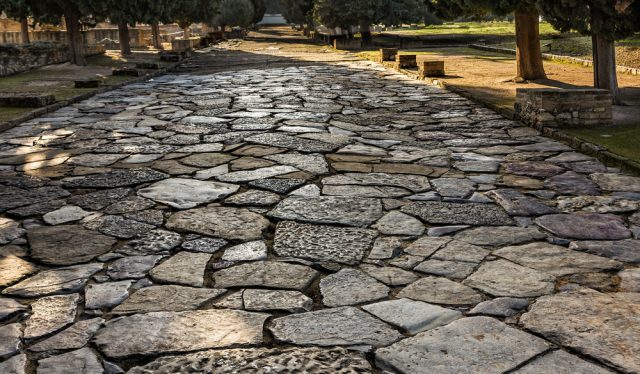 Ruling the Iberian Peninsula as Hispania for centuries, from the 2nd century BC through the 4th century AD, the ancient Rome definitively shaped the identity of both Spain and Portugal, from their languages to their culture, cuisine, and much more. And the Roman Empire furthermore left an impressive physical legacy across Spain in particular in the form of temples, amphitheatres, aqueducts, roads, defensive walls, and much more. And history buffs will be fascinated by the centuries-old trade and invasion route originally built by the Romans. Called the Vía de la Plata or Ruta de la Plata (Silver Route), it’s packed with centuries’ worth of treasures and culture – for example, it became a key feeder route to the famous Way of St. James pilgrimage route to Santiago de Compostela. And it includes, of course some key aspects of Spain’s Roman legacy.

Running from Seville 800 kilometres (497 miles) up to Gijón in the northern province of Asturias, the Vía’s modern-day explorers use national road N-630 as well as freeway A-66 and AP-66. But stretches of the original Roman stone road (top), are visible at various points along the way.

Said road is thought to have been constructed along a pre-existing route stretching back to the Bronze-Age Tartessos civilisation of what is today southwestern Andalusia; as far back as the 8th century BC, the Tartessians were trading tin and other minerals. And after the Romans, in the Middle Ages Muslim invaders from North Africa made efficient use of what they called Al-Balath (paved road) to conquer much of the western Iberian Peninsula. 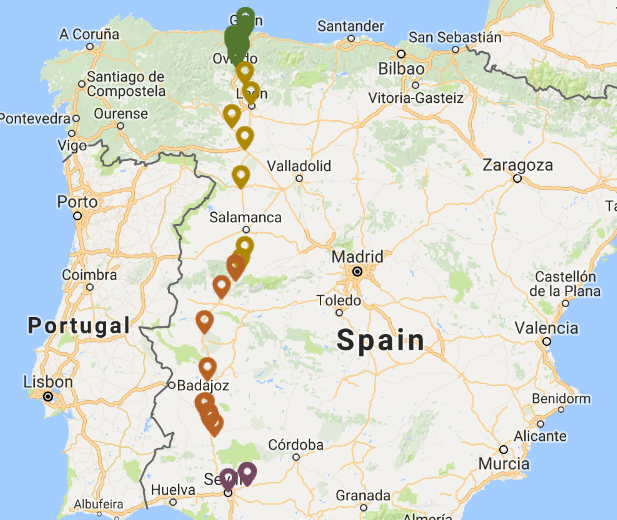 Today in addition to being the major route followed by Andalusians to reach the Way of St. James beginning at Astorga, travellers in search of history and culture can drive or bike the Vía de la Plata, also taking advantage of a dozen themed itineraries. 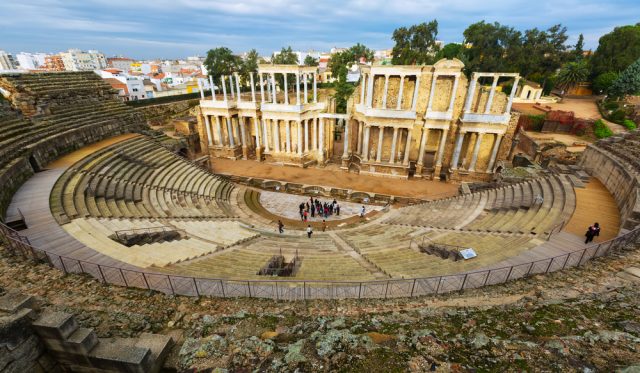 Starting in Andalusia’s capital Seville, in the basement level of the astonishing modern Metropol Parasol complex (widely dubbed “The Mushrooms” because of their epically fungal resemblance) we have the Antiquarium, a museum showcasing some of the ruins of Roman Hispalis unearthed during excavation for the complex in 2003. Dating from the 1st century BC to the 6th AD, they include columns, walls, streets, and houses. But the true local jewel lies less than a half hour’s drive away in the town of Santiponce, where at the ruins of Roman Italica – founded in 206 BC and later the birthplace of emperors Trajan, Hadrian and possibly Theodosius – you’ll be able to roam unusually well preserved streets, amphitheatre, baths, houses, and temples, along with the remains of an aqueduct.

Another notable site, two hours north of Seville without stops, is the Extremadura’s capital Mérida, which was founded as Augusta Emerita in 25 BC. As one of Hispania’s most important cities, its UNESCO World Heritage archaeological cluster offers a wealth of Roman glory, including amphitheatres (above), a circus for chariot races, a bridge, two aqueducts, temples, arches, houses, and more. The theatres still host various performances, including an annual Graeco-Roman theatre festival in July and August.

Incidentally, about an hour north of Mérida, the Extremaduran city of Cáceres is also worth a stop for its marvelous mediaeval Parte Vieja (Old Town), also a UNESCO World Heritage Site. Of its centuries as Castra Caecilia, little remains except a number of inscriptions on buildings in the Parte Vieja and the ruins of a couple of military camps on the outskirts. 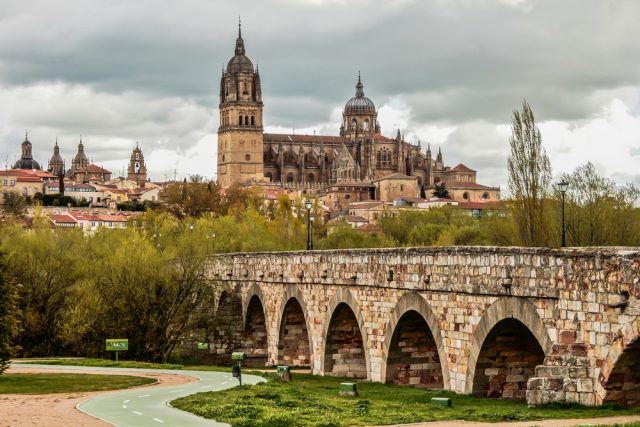 Continuing on another two hours from Cáceres, the grandiose Renaissance marvel that is Salamanca is also home to a well preserved Roman bridge dating back to Roman Helmantica, The 200-metre (656-foot) Puente Mayor del Tormes is thought to have been built during the reign of Trajan (98 BC-117 AD).

Next, just under two hours north, comes Astorga, where the Roman military camp of Asturica Augusta was founded in 14 BC. The most notable remnant here is the nearly two km (1¼ mi.) of massive (and today partly ruined) stone walls encircling the city’s old quarter, but other sites you can visit include the ruins of a bath house, sewer system, and forum, as well as a prison around which has been built a Roman museum which puts it all nicely in context.

The last major site I’ll mention is the Via de la Plata’s endpoint, around two hours north of Astorga in the Asturian port of Gijón (Gegionem). In the city’s oldest part, the charming fishing neighbourhood Cimadevilla, you’ll find not just the intact defense wall built in the 4th century AD but also a marvelous Campo Valdés museum showcasing ruins of the local thermae (Roman baths). On the outskirts you can also visit the Villa Romana de Veranes, with wonderful mosaics and a decade-old museum putting it in context. Not far off is the Campa Torres site, which in addition to a museum, houses, and a defensive fortress also presents reconstructions of huts inhabited by the pre-Roman Astur people who then lived side by side with the Romans.

This is just a sampling of the magnificent legacy of Roman Spain; for more, click here.