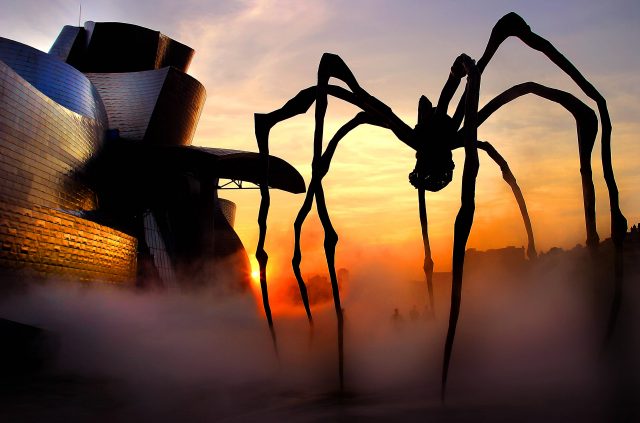 The largest and most populous of the three provinces of Euskadi, Spain‘s Basque Country, is best known for its dynamic capital Bilbao. But this cool, green, rolling land and craggy coastline are also packed with a menu of other diverse and impressive offerings for visitors, from history and culture to ecotourism and gastronomy (and even amazingly gnarly surfing!).

Inevitably, of course, Bilbao (Bilbo in the Basque language) has to be our starting point in Biskaia (Vizcaya in Spanish). Spain’s tenth largest city, this booming port city of 345,000 (metro area closer to one million) astride an estuary snaking in from the Atlantic Ocean, is a onetime industrial and mining powerhouse that has reinvented itself admirably as a cultural mecca. Highlights include a very lively Alde Zaharra (Old Quarter), packed with shops, galleries, and especially bars and restaurants where locals dig in with gusto to savoury pintxos (the local term for tapas), washed down by ice-cold beer, tart Basque cider, or crisp, dry txakoli white wine.

It’s also well worth a drive 20 minutes or so up the estuary to a local icon, the Vizcaya Bridge, locally dubbed the Puente Colgante (hanging bridge, below). Built in 1893 during the region’s industrial revolution, it’s such a felicitous blend of beauty and functionality that it’s the only “industrial heritage”  UNESCO World Heritage Site in existence. And then of course there’s the new icon that really put Bilbao on the world culture and tourism map: the bright, shiny, Frank-Gehry-designed Museo Guggenheim (top), hosting a never-ending parade of special exhibitions and rating high on the bucket list of any serious culture vulture. 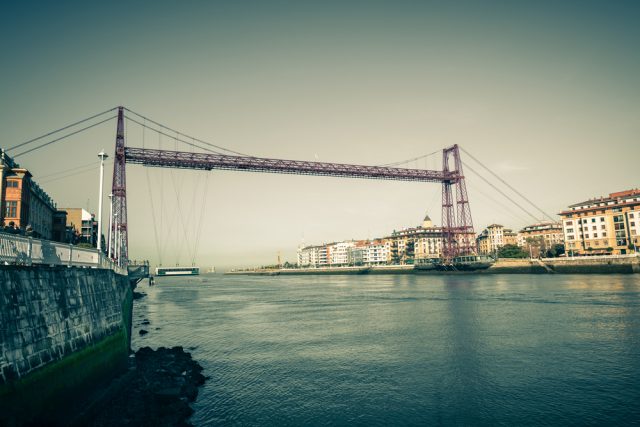 Urban cool notwithstanding, much of Biskaia beyond metro Bilbao consists of countryside and smaller towns, and the best known is of course Gernika – the subject, art lovers will recall, of Pablo Picasso‘s searing masterpiece Guernica, commemorating its infamous Spanish Civil War destruction by Nazi Germany‘s Luftwaffe. A 40-minute drive inland from Bilbao, it’s also in some ways the true emotional heart of Euskadi, its own rebuilt Old Quarter the site of the provincial legislature the Casa de Juntas as well as the Tree of Gernika, an oak under which Basque worthies of the Middle Ages met to discuss local affairs and which symbolises Basque national pride and traditional freedoms.

Another small-town must, a half hour from both Gernika and Bilbao, is Bermeo, Euskadi’s most important fishing port (and by the way Biskaia’s mediaeval capital). Besides its colourful waterfront and historic Old Quarter, this town is most famous for the nearby rocky islet of Gaztelugatxe, connected to the mainland by a winding stone footbridge. In addition to visiting the picturesque hermitage chapel dedicated to St. John the Baptist, visitors will be absolutely stunned by the views and the setting. Truly a must for any visitor to Euskadi.

Finally, ecotourism also gets its ample due in Biskaia. The star in this category is Urdaibai, at the mouth of the Oka River just 15 minutes from Bermeo, 20 from Gernika, and 45 from Bilbao. Long a UNESCO Biosphere Reserve, this gorgeous mix of oak forests, wetlands, heaths, and beaches/waters is just superb for hiking and birding (the Bird Centre here is a great place to get oriented and educated about everything Urdaibai has to offer).

Whether made by man or nature, splendours await in Biskaia!