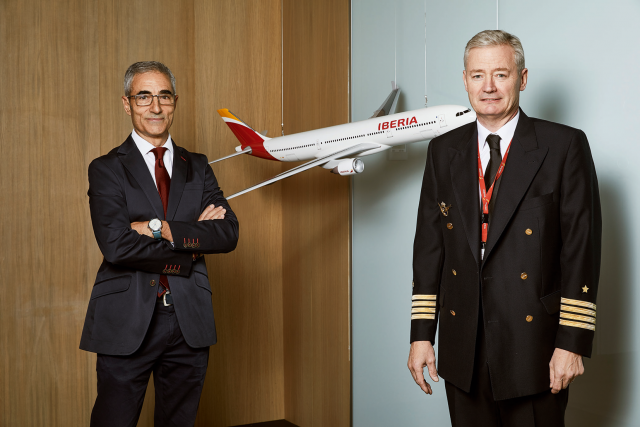 You have to walk before you run. And before you fly, you have to dream of flying, to believe you can do it. And of course, to learn how from those who went before you. Of course, once you achieve your dream, there’s no going back – you’re hooked on flying.

“It’s like breathing”, says Ventura Menéndez, ex-Iberia pilot and onetime trainer of our new pilots, as he conversed with colleague José María Ordovás.

Ventura began flying for us in 1969, after a stint in the Spanish air force, and he spent 40 years flying and training for Iberia, leaving his mark in the skies and on the company. And because it’s hard for someone like him to get out of the game, even today he continues to train pilots on the Airbus A320, A330, and A340. For him, living is flying and flying is living, as he recounts to José Mar;ia, a third-generation pilot who began with Iberia flying the Boeing 727, and today also trains and tests new pilots on the A330s and A340s in addition to learning the new A350s we are about to deploy. As Ordovás points out, “training was and is the way for pilots to become better, safer, and more efficient pilots”.

Read their conversation here and you’ll understand that for this special breed, once they taste flying, they never go back.