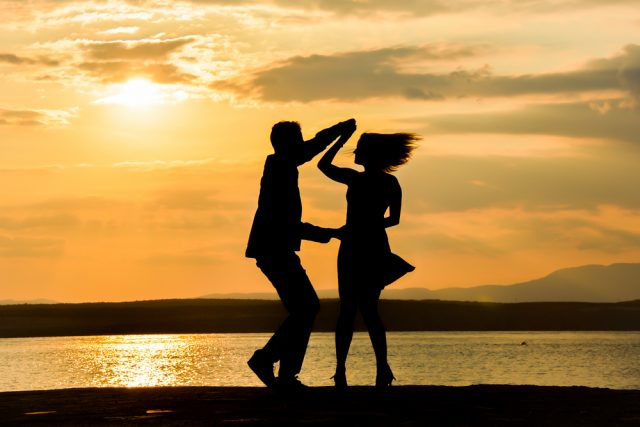 Few other forms of dance and music in the world represent Latino culture today like salsa, and few other places in the world are as fantastic to experience it as the island of Puerto Rico, whose bomba and plena traditions (along with various others from Cuba) contributed to the new genre, which started evolving around the mid-19th century and finally started becoming an international phenomenon thanks to post-World War II migration of Puerto Ricans to New York City and the formation of salsa bands there in the late 1950s and early 1960s.

Early stars of salsa in those days include El Gran Combo de Puerto Rico and La Sonora Ponceña (both still powerhouses today). And in the more than half century since, plenty of evolution and offshoots have made their mark, with salsa variants developing in Miami, Los Angeles, and even Cali, Colombia, as well as international greats such as Marc Antony, Ruben Blades, Willie Colón, Celia Cruz, and Tito Puente. Salsa was also an incubator for new form of Latin music such as reggaetón, while still following its own, more distinctive path.

And as visitors to Borínquen (the nickname of Puerto Rico), you can experience this heritage and history, as well as salsa as it exists today, in various neighbourhoods, museums, clubs, and other spots across the island.

In the island’s capital and largest city, salsa is part of daily life, and the island’s tourism authority has designated a “salsa route” in Old San Juan and the Santurce district to its south, which pulls together more than a dozen locations including record shops, restaurants, bars, monuments, street art, residences, gravestones, and other spots associated with salsa artists – even the Museo de las Américas, which chronicles the African influence on salsa. Some 15 guides are certified to give the tour, and you can contact them here.

San Juan is far from the only game on the island, of course. Turns out that many of the genre’s greatest salseros come from Puerto Rico’s second largest metro area, on the south coast an hour’s drive away – names like Cheo Feliciano, Héctor Lavoe, Quique Lucca, and Ismael Quintana. Here the salsa route includes the graves of Feliciano and Lavoe, a statue to Lavoe, the Museo de la Música Puertorriqueña, and various venues like the Casa de la Rumba, Sarabanda, and La Piña del Swing.

And then, of course, everywhere you go in Borínquen – from Arecibo to Mayagüez and Carolina to Bayamón, you’ll find plenty of venues to send your feet tapping and hips swaying, as this vibrant musical form swings on through the 21st century.