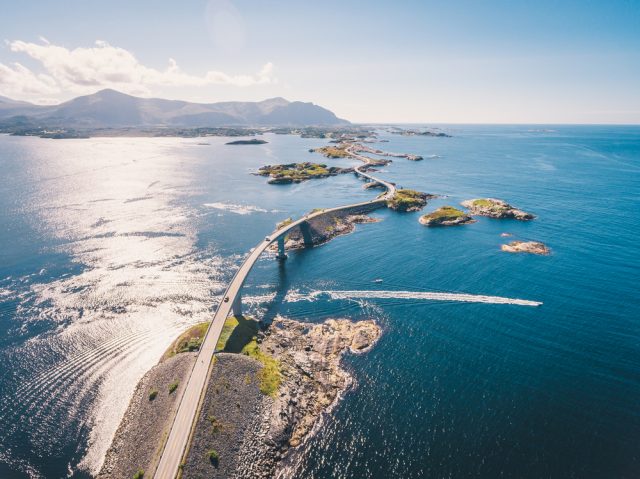 This long, lovely country of Scandinavia is more prosperous and advanced than most in the world. Yet much of it still harbours wild, spectacular natural beauty (its fjords being the most famous example). Driving its length and breadth is a breathtaking way to experience that beauty, and no place more so than its Atlanterhavsveien (Atlantic Ocean Road) up in Norway‘s northeast, some eight hours (or an hourlong flight) from charming capital Oslo.

Built in 1989 between the small, maritime city of Kristiansund and Ålesund (below), the Atlantic Road hopscotches across a number of islands, providing some truly amazing views along the way. Known as a centre of cod fishing, Kristiansund is a delight to wander amid its colourful houses and charming port. It’s a popular getaway for Norwegians these days, and has come to specialise in events, more than a hundred each year, among which the best known is probably the Nordic Light International Festival of Photography. 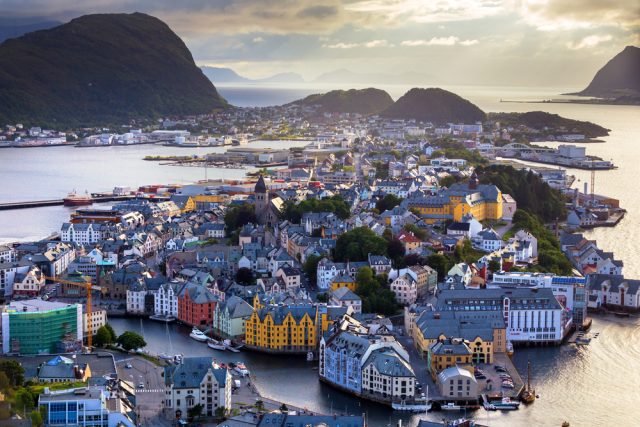 One of this route’s most celebrated stretches lies between Kårvåg on the island of Averøya and the mainland fishing village of Bud – 36 kilometres (22 miles) across eight causeways and bridges over the water. The longest of these is the 260-metre (853-foot) Storseisundet (below) from the mainland Romsdal peninsula to Averøya – a sinuous structure which as to you approach appears to rear up disconcertingly and lead into thin air. 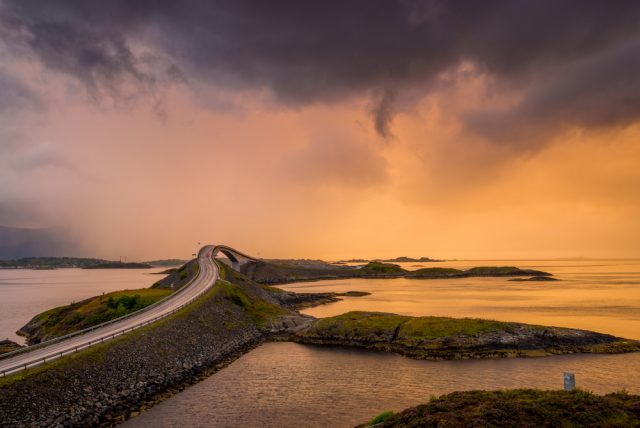 This fantastic road also takes us to the small, fjordside city Molde, known especially for it July Moldejazz, one of Europe’s oldest jazz festivals (1961), and finally to Ålesund. Itself spread over several islands, this city of 47,000 is known for its Art Nouveau architecture and its cultural scene, with various annual festivals including the September Ålesund Theatre Festival, the August Norwegian Food Festival, and Jugendfest music festival, also in August.

Norwegians once voted the Atlantic Ocean Road “the construction of the century”, and it’s not hard to see why – it’s an artful marriage of land, sea, and air that will truly take your breath away at times, a splendid example of the magic of travel.