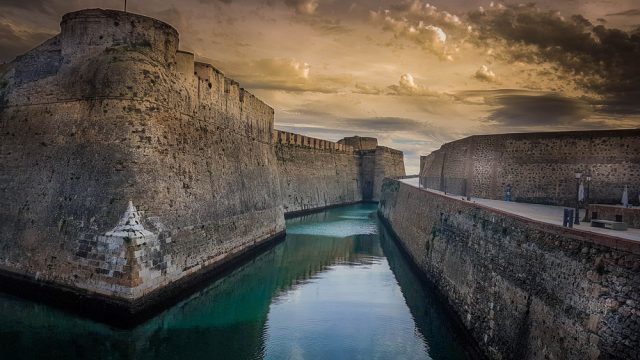 Beautiful Spain is a country whose diversity can surprise some people. In fact, not too many people realise that a bit of it even extends beyond Europe to North Africa! The autonomous cities of Melilla and Ceuta lie just on the other side of the Strait of Gibraltar, and they both offer a fascinating window into another side of Spanish and North African culture. We covered Melilla in this blog a while back, and now it’s the turn of Ceuta, 382 kilometres (238 miles) to the west. Come with us!

On a peninsula strategically located right across the Strait from Gibraltar and Cádiz (and in fact part of Cádiz province until it achieved autonomous status in 1995), Ceuta is small – just 18.5 square kilometres (7 sq. miles), but packed with history. Its roots stretch back to the 5th century BC when Abyla was part of the Carthaginian Empire, on of the Strait’s Pillars of Hercules, and an important trading and military way point. Also at one point contested and/or occupied by Greeks, Phoenicians, Romans, Visigoths, Arabs, and Byzantines, throughout the Middle Ages it came to be ruled by various North African dynasties, then for 253 years by Portugal, which ended up ceding it to Spain in 1668.

All of this centuries-long whirlwind of history has left an impressive and well preserved legacy for us to experience today in this city of just over 82,000. Topping the list, unsurprisingly, are the mediaeval fortifications that make up the Royal Walls of Ceuta complex, partly open to the public, including the 10th-century Puerta Califal (Gate of the Caliphs); and the world’s only navegable moat (top). There’s a museum here, as well, which in addition to a scale model of the complex hosts temporary exhibitions.

Being both a Spanish city and one with a very significant Muslim population, there’s also a mix of interesting and historic houses of worship. Notable Catholic landmarks include the Church of Santa María de los Remedios, the Iglesia del Valle (Church of the Valley), and of course the yellow-and-white, 15th-century Cathedral of Santa María de la Asunción, on the leafy Plaza de África, with a neoclassical façade and a Baroque interior. (Alongside the cathedral, by the way, are a handful of ancient ruins, including houses dating from the time of the Phoenicians and a street dated back to 700 BC, the earliest evidence of human presence in Ceuta yet discovered.) On the Muslim side, the main local mosques include the Mezquita de Ceuta, Muley El Mehdi, and  Sidi Embarek, but while handsome, these are of fairly modern construction and in any case non-Muslims aren’t allowed to enter; there aren’t really any major mosques of historic interest. 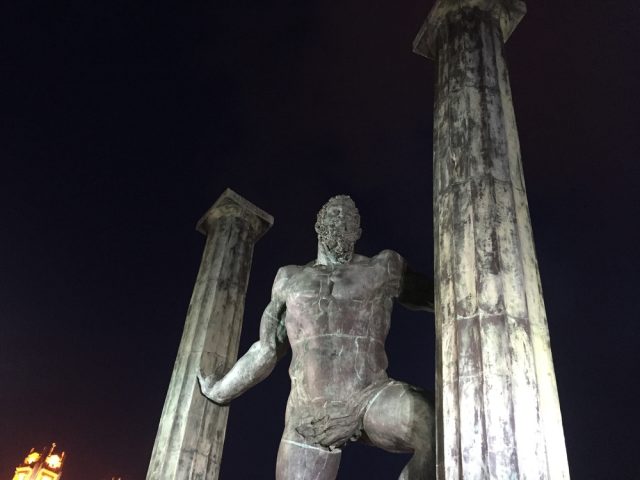 In terms of civil architecture, the top gems include the Ayuntamiento (city hall), also on Plaza de África, built in the late 1920s and expanded in 1991; known for its graceful balconies, it’s also the seat of the autonomous assembly. Another centre city hub is the pedestrian Plaza de los Reyes, site not only of the early-18th-century Church of San Francisco (check out the striking sculpture of a hooded Easter week celebrant out front) but also of one of Ceuta’s most iconic buildings, the Casa de los Dragones, inaugurated in 1905 and named for the four nearly 200-kilo (440-pound) dragons swooping across its roofline. For something ever so slightly more antique, the Baños Árabes on Plaza de la Paz are the atmsopheric remains of an 11th-century Moorish bathhouse.

Museums include the Museo Revellín of city history; the Museo del Legión, devoted to the Spanish Legion (sort of like the French Foreign Legion, but made up of mostly Moroccans, and instrumental in launching the Nationalist uprising under Francisco Franco which eventually deposed the Spanish Second Republic in 1939 and instituted the dictatorship which lasted until 1975); and the Museo del Desnarigado, with military exhibits in a small fort built during Portuguese rule.

Also, down at the port, check out the modern-day Columns of Hercules: huge, twin bronze statues of the Roman demigod (and currently the world’s largest depicting Graeco-Roman mythology) symbolising the territory’s legendary status as one of the Pillars of Hercules astride the Strait of Gibraltar (the other being Gibraltar itself) – striking, indeed, set against the azure of the Mediterranean. Also near the waterfront, the Parque Marítimo del Mediterráneo is another modern icon of Ceuta. Designed by the great Canarian architect César Manrique, built in 1995 not long after the artist’s death, it comprises 56 square km (23 sq. mi.) revolving around three large, sea-fed saltwater pools tropically landscaped and open to the public (one is even set aside for kids); there’s also a botanical garden, an imposing castle inspired by the Royal Walls, and various other Manrique sculptures and installations ,along with various bars, restaurants, and other facilities.

Speaking of fun in the water, if you’re interested in the beach and water sports, the coasts of the peninsula are home to ten splendid strands, such as Playa de la Ribera and El Desnarigado Cove (below the abovementioned fort/military museum). There’s plenty of lovely coastline and facilities for kayaking, boating, dolphin spotting, sport fishing, and especially snorkelling/diving to enjoy the enormous diversity of undersea flora and fauna nurtured by the confluence of the Mediterranean with the Atlantic Ocean. For a spectacular view out over the whole thing (especially at sunset), head up to the Mirador de Isabel II.

And finally, if you have enough time and are so inclined, you can explore a bit of surrounding Morocco, with bus excursions available to Chauoen (two hours), Fez (five hours), Marrakesh (seven hours), Tangiers (90 minutes), and Tetouan (45 minutes). Or you can just explore via taxi the more immediately nearby towns such as Fnideq and Belyounech (both home to beach resorts as well as traditional Moroccan quarters).

Ceuta can be reached via frequent ferry service out of Algeciras, Cádiz, with a crossing time of only 50 minutes.