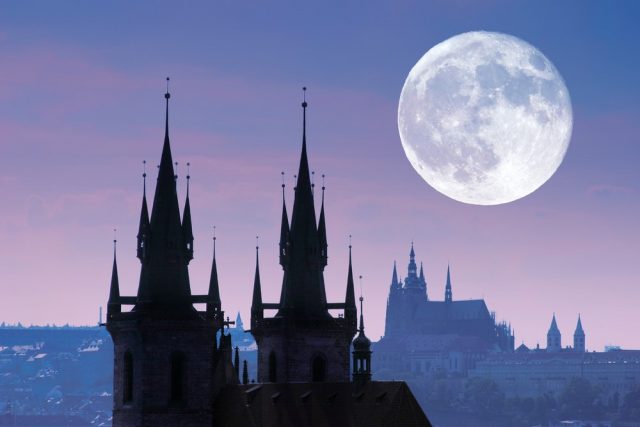 Happy Halloween! And what better day to explore the dark side of one of Europe’s most atmospheric big cities. Since its founding in the 9th century, the Czech Republic’s enchanting and enchanted capital has certainly accumulated its share of ghosts, ghouls, and grim goings on – including plenty that’s mysterious, occult, and blood-soaked. Prague was known in the Middle Ages as a capital of alchemy and astrology, and of course the legend of the Golem – the red-eyed clay monster created to protect the Jewish ghetto – originated here.

So without further ado, here are the seven of the most boo-tiful spots to get your frisson on in mystical, “magical Prague”: 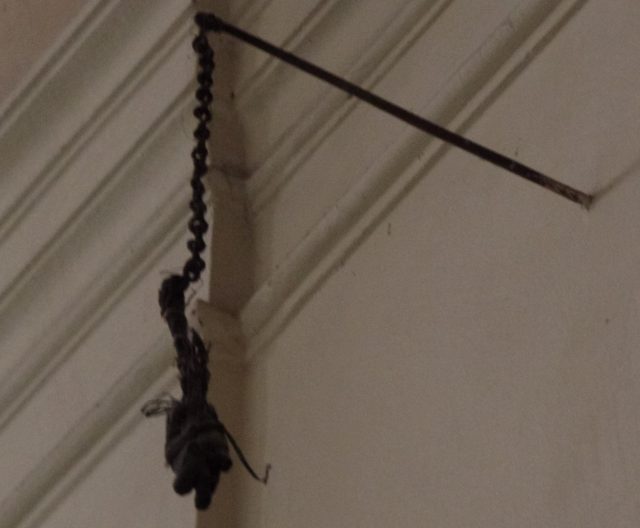 Basilica of St. James the Greater

Tucked away on a cobblestone side street around the corner from Old Town Square, blocky, white Sv. Jakub Větší dates back to the late 17th century looks innocuous enough, but apart from its tomb of Count Vratislav of Mitrovice, said to haunt the premises since his accidental burial alive in the 18th century, also contains a macabre sight: hanging from a meat hook, the 400-year-old mummified arm (above) of a guy who tried to steal jewels from the church’s Virgin Mary statue – which supposedly proceeded to grab his arm and not let go, forcing nearby parishioners to amputate it. The unkindest cut of all… 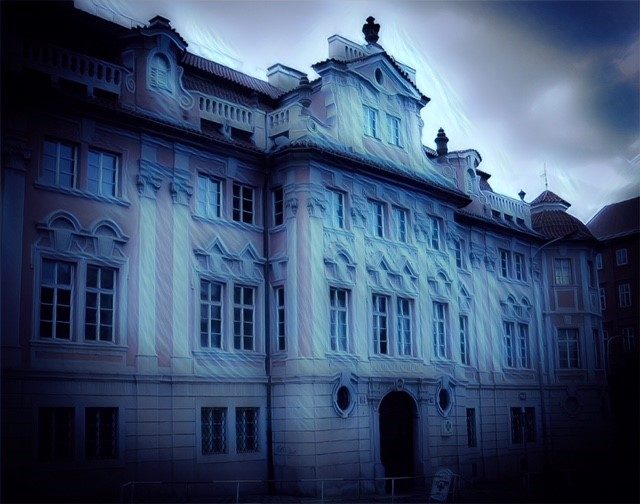 Most of us have heard of the alchemist/sorcerer Dr. Johannes Faustus, who sold his soul to the Devil (and may or may not have actually existed). This Baroque manse on Karlovo Námĕstí was named for that legend thanks to having been home to several alchemists and astrologers, most notably in the late 16th century the infamous English medium and occultist Edward Kelley (who ended up imprisoned by his patron, Emperor Rudolf II). Another, Ferdinand Antonin Mladota of Solopysky, performed experiments which occasionally blew holes in the roof, and one of whose sons murdered the other here. And a 19th-century inhabitant, one Karl Jaenig, painted the walls with funeral texts, he had a functional gallows, and slept in a coffin. 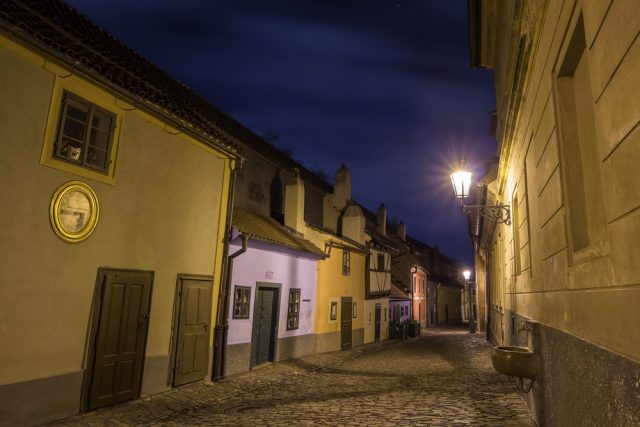 Up on Castle Hill, dominating the skyline of old Prague, the fascinating Pražský Hrad (Prague Castle) complex includes the dimunitive side street Zlatá Ulička, lined with tiny, low-slung houses. Many assume the name Golden Lane comes from the alchemists (who sought to turn lead and other base metals into gold, and centuries ago much in favour in Prague) who used to live here, it is actually from the goldsmiths who used to live here in the 17th century. Nonetheless, especially at night, it makes for a deliciously spooky stroll (and during the day, amid the tourist shops, you can visit No. 22, where the celebrated early-20th-century novelist Franz Kafka once wrote, and enter the Castle’s mediaeval armour museum). 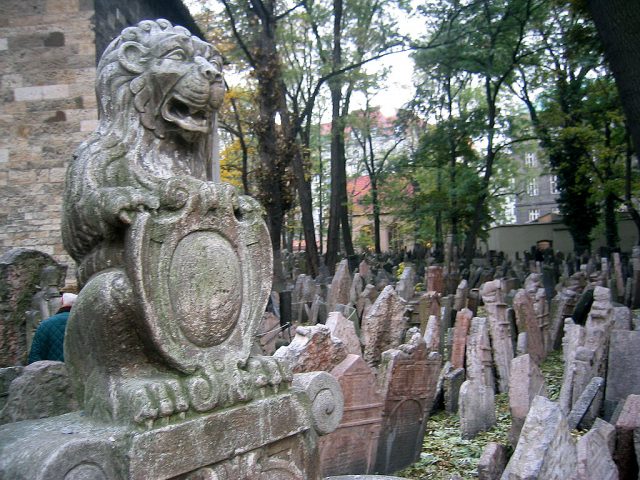 Several blocks away from Old Town Square is Josefov, the remnant of Prague’s mediaeval Jewish ghetto, several cobblestone streets lined with synagogues (open to the public), and its centerpiece one of the most atmospheric cemeteries you’ll ever see: the Starý Židovský Hřbitov (Old Jewish Cemetery), a tangled forest of tombstones dating from 1439 to 1786 (sadly, these days because of the crowds, you have to peer in through the fence instead of wandering amidst them). The “star” gravestone belongs to the legendary Rabbi Löw (above), a Talmudic scholar known for his work in philosophy and mysticism, and reputed to have animated the clay giant called the Golem to defend the community against pogroms and other anti-Semitic attacks (you’ll see Golem figures for sale all around, and even a Golem Bakery where the big guy is sold in the form of biscuits). 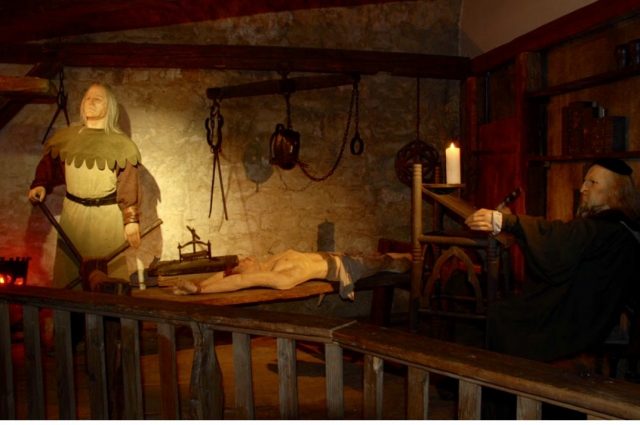 Another of the world’s many testaments of man’s inhumanity to man, you’ll likely get a few chills from this gruesome, three-floor collection of contraptions on Celetná Street very near the Charles Bridge. Among the many horrifying instruments used to punish and extract confessions from the guilty and the innocent alike back in the “good old days”: the Iron Maiden, the Break Knee, the Catalan Garotte, the Staircase of Stretching, a witch-dunking basket, and of course the ever-popular rack.  Wax figures and hair-raising sound effects make this a dandy haunted house of sorts.

For a somewhat more conventional haunted house, Central Europe‘s first is truly brilliant. Running all year round, it’s set in a creepy, 500-square-metre (5,380-sq.-foot) basement space just off Wenceslas Square on Vodičkova Street, named after a notorious butcher’s shop said to be haunted by ghosts with an obsession for young children. In the 20th century, the space was used by a Nazi doctor to experiment on and even vivisect children, and to this day there are indelible stains on the walls and unexplained temperature changes in various areas. A ghoulish cast of actors re-enacts some of the gory goings-on to the horrified delight of visitors. There’s also a bar here – no blood, fortunately, just cocktails with names like Excorsista, Injection, and of course Sadistic Dr. Karl Hermann. 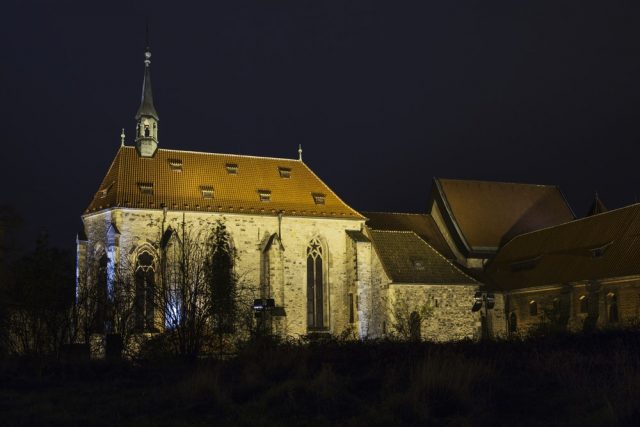 Of the many, many atmospheric buildings in this atmospheric city, the Klášter Sv. Anežky České is one of my favourites, with its evocative mediaeval arches, ribbed vaulting, and handsome cloister. Bohemia’s first Gothic building, the convent was founded by the Poor Clares order in 1231, headed by the eponymous Agnes of Bohemia, a princess who became a nun, today it is home to a marvelous National Gallery mix of mediaval art and works from the late 19th and early 20th centuries. And if you’re lucky, some evening you just might spot the ghost of the murdered nun – sometimes smiling, sometimes moody, and sometimes even covered in blood and weeping piteously. This was a aristocratic girl who fell in love with a poor boy and so was sent to the convent – but for meeting her lover one last time before entering, she was stabbed in rage by her dear old dad. It’s located a few blocks far northeast of Old Town Square.