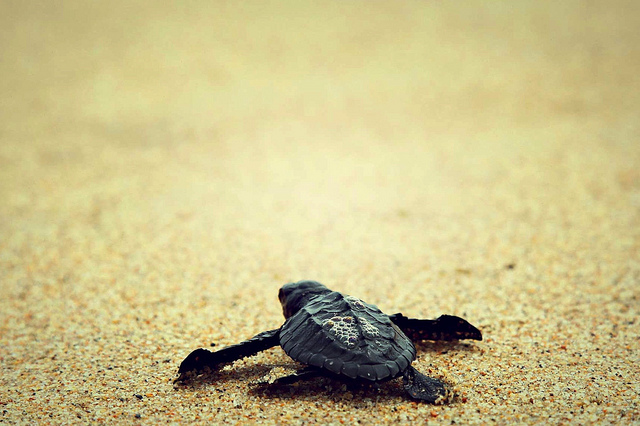 Giant marine turtles are truly one of nature’s most moving miracles throughout their life cycles – babies hatch from beach sands and endure a frantic rush to the ocean before being devoured by ravenous, swooping sea birds, growing up in the ocean, then the females instinctively finding their way by back thousands of kilometres to their birth beaches to lay eggs, thus keeping this amazing cycle in motion. And Central America is one of the world’s premier regions to witness this eco-miracle on both ends – both the hatching and the egg-laying. 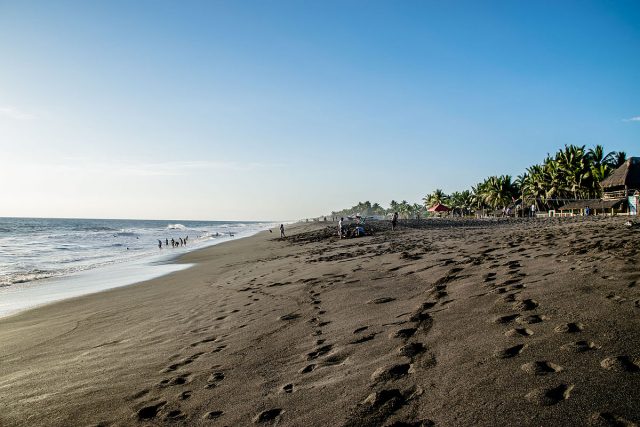 In Guatemala, the action happens a roughly three-hour drive from capital Guatemala City (as well as lovely colonial Antigua) in the Pacific coast beach town of Monterrico, its fetching black-sand beaches (above) and kicky waves popular with surfers and swimmers but also known for its beachfront Tortugario Monterrico, a 40-year-old, university-run facility devoted to the nurturing and protection of endangered olive ridley, leatherback, and green sea turtles., as well as alligators, crocodiles, and iguanas.

From June through December (peaking in August/September), the tortugario‘s staff collect some 5,000 turtle eggs each year from the sands and incubate them, safe from poachers and wild animals who might dig them up, then once they start hatching in September through January, release the little critters safely into the Pacific. 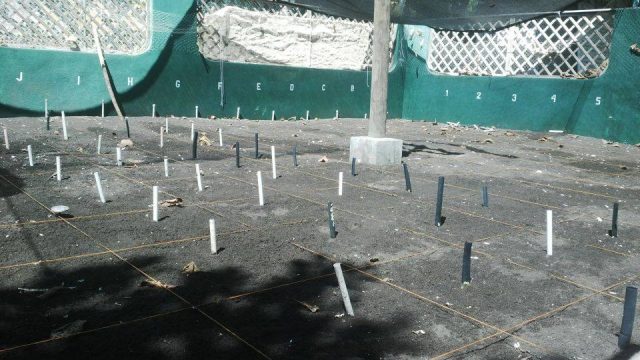 There’s a visitor centre here where besides educational exhibits you can see the various enclosures where the eggs (above) and live animals are kept, and you can observe and even participate in the release of the babies into the water. The term “life-changing experience” is way overused, but truly merited here.

Other local activities include kayaking the atmospheric coastal mangroves, wildlife spotting, and participating in the life of a funky beach town. Apart from the cool beach scene, Monterrico is truly a gem of Guatemala ecotourism offerings.