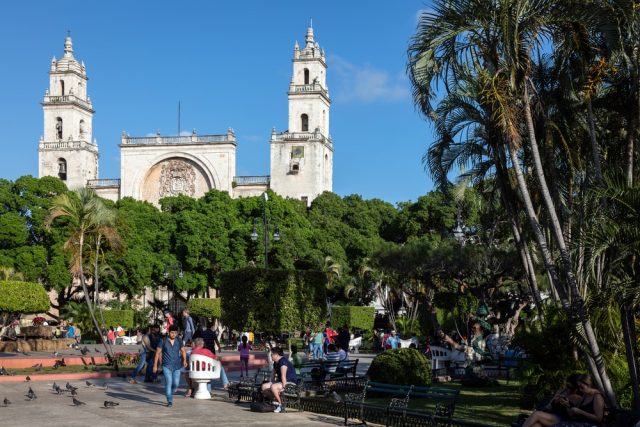 Founded just 50 years after Christopher Columbus‘ arrival in the Americas, the capital of Mexico’s Yucatan state has since 1542 has been a city thriving with beauty, culture and history. Yet compared with the Yucatan Peninsula’s archaeological sites like Chichén Itzá and Uxmal, as well as the beach cities like Cancún and Playa del Carmen, it’s sometimes relatively low on visitors’ radar. At once provincial and cosmopolitan, Mérida offers a wealth of history, culture (it’s even the American Capital of Culture for 2017,   as it was back in 2000), superb dining, and fun nightlife, and makes a superb gateway to the wonders of one of Mexico’s most fascinating regions. Come with me to see why…

Historically dubbed the White City (explanations as to how it got that name differ), this small-town-feeling city of 778,000 has at its core the cobblestone centro histórico, its narrow streets lined with well-preserved colonial buildings whose white-stone façades (one of the more likely explanations for the White City nickname) look today much as they did when they were new in the early 16th century. Its focal point is Plaza de la Independencia (better known as the Plaza Grande), with major landmarks including the imposing, late-15th-century Cathedral of San Ildelfonso; across from it the Palacio Municipal and Palacio de Gobierno. 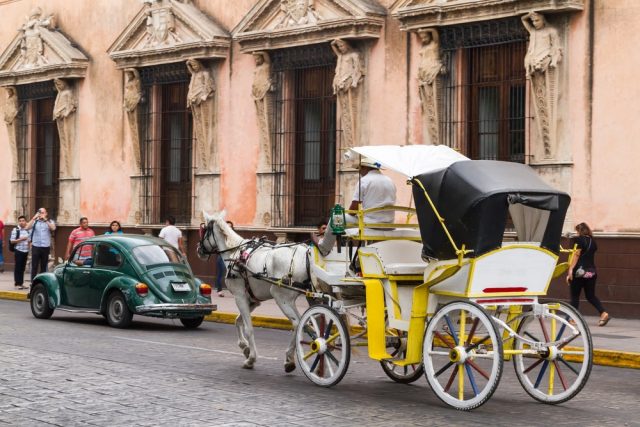 Outside the colonial quarter, also walk the famous Paseo Montejo, a five kilometre (three-mile) boulevard considered one of the most beautiful in Mexico. You can walk it or climb aboard a calandria, a horse-drawn carriage which will also clip-clop you through the centro histórico.

Pretty good museums here, too, including the Great Mundo Maya Museum, covering Mayan culture, traditions, and history from ancient times through the present; the Museo Regional de Arqueología, focusing more on the ancient Mayans; and the Popular Art Museum.

Speaking of Mayan traditions, one must-see I find especially cool is the Friday-evening recreations of the ancient pok ta pok (ball game) whose courts you’ll see in many of the Yucatan’s archaeological sites.  Here it’s a music-serenaded half-hour event on the cobblestones in front of the cathedral, but still killa intense just like in the old days. 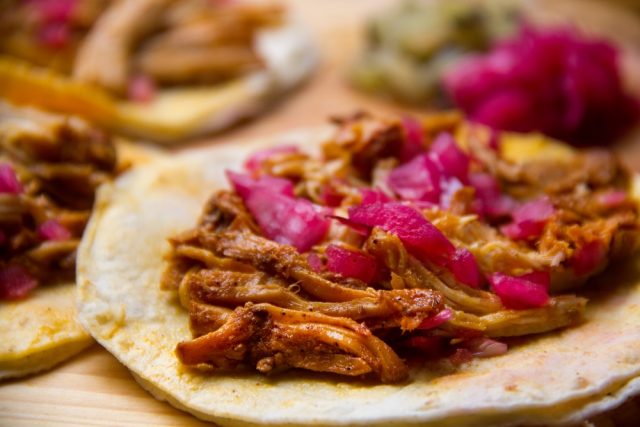 Wow, all this is making me hungry – and did I mention that Mérida is a great place to eat? Both at street stalls and restaurants, this is especially true if you want to sample the distinct cuisine of the Yucatan, a blend of the pre-Columbian and the European, with notable ingredients including soft corn tortillas; Habanero and other chile peppers; spices like achiote and Yucatan oregano; and colourful tropical fruits including unfamiliar local ones such as nancé (tart, yellow, and cherrylike), pitihaya (pink, mildy sweet cactus fruit), guaya (a tart relative of the lychee), and saramuyo (sugar apple or sweetsop, with green rind and soft, sweet flesh).

Particular traditional Yucatecan dishes to keep an eye out for include relleno negro (“black stuffing”), chicken or turkey in a complex dark sauce; queso relleno (“stuffed cheese”), a scooped-out slice of Edam filled with pork; marquesitas, a desert of sweet rolled crepes stuffed with, again, Edam, and topped with jam, chocolate, Nutella, and the like; and perhaps the most classic, cochinita pibil, slow-roasted pork marinated with sour oranges and various local spices.

Furthermore, don’t overlook some funky shopping opportunities here. Start with the Mercado Lucas Gálvez, the vibrant, mazelike covered marketplace with not only produce and day-to-day goods but also local crafts and food stalls. Three items to look for in particular are cotton or linen guayaberas, the button-down shirts traditionally worn by Yucatecan men (though these days there are also ladies’ versions), huipiles (colourfully embroidered women’s tunics), and Xtabentún, a liqueur distilled with anise, honey and local spices.

Finally, if you can get here in January, the city pulls out all the stops during its three-plus-week Mérida Fest. Book as far in advance as you can, though, for obvious reasons. Same for its exuberant late-winter celebration of pre-Lenten carnival, in 2018 held February 10-13.