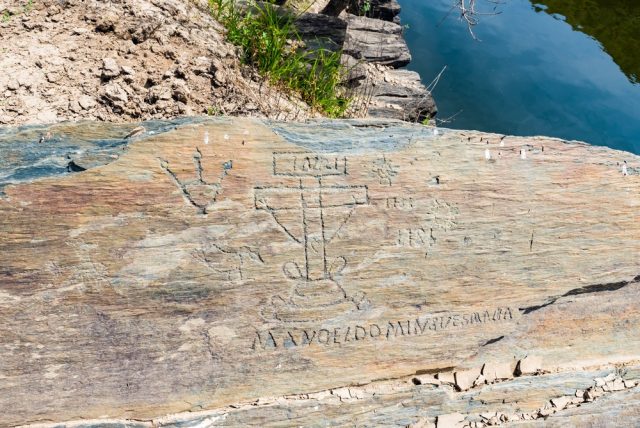 When it comes to paleolithic art, many of us think of cave paintings or etchings in underground like, most famously, those in France‘s Lascaux or maybe Spanish caves like Altamira and Tito Bustelo in Santander, north Spain. But through these many millennia past, prehistoric (and even not so prehistoric) peoples also adorned rock formations aboveground all across the globe. And one of the world’s most impressive, extensive, and fascinating examples lies in the northeast of Spain‘s neighbour Portugal. Welcome to the Côa Valley.
In this bucolic but arid area of almond trees and encinas along the Portuguese-Spanish border some two hours from Porto, as a dam on the Côa River was under construction at the beginning of the 1990s, workers discovered engraved on more than 1,200 local rocks with Upper Paleolithic drawings of horses, bovines, goats, and other animals, along with human and abstract figures. Naturally, paleontologists and archaeologists eagerly came a-flocking, and eventually managed to date these engravings from 10,000 BC back as far as a staggering 22,000 BC.

The dam plans were altered, the engraved rocks swiftly and unsurprisingly declared a UNESCO World Heritage Site, and in 1996 an area more than 30 kilometres (18 miles) long was set aside as the Parque Arqueológico do Vale del Côa, consisting of three separate sites along with two visitors’ centres, and a museum. 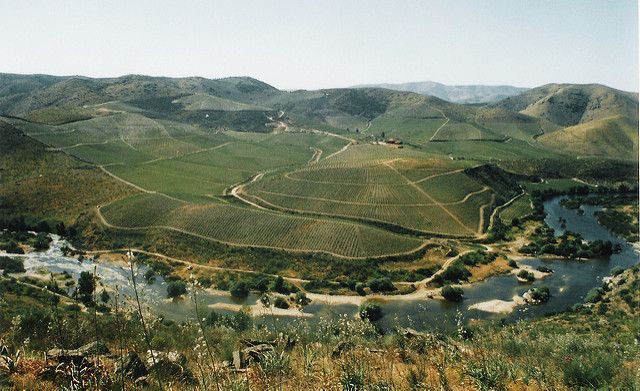 These three sites are Canada do Inferno (a visit here takes 1½ to two hours, covering 46 rocks, including a particularly interesting depiction of a two-headed horse), Penascosa (a shorter visit, 36 rocks with plenty of animal figures), and Ribeira de Piscos (the longest visit, about 2½ hours, including  interlaced horses and one of the park’s few human figures, the dubbed “Piscos man“. )

Booking ahead is recommended, and the folks who run the site say it’s impractical to visit more than two in one day, so visitors who want to see all three can can overnight in the nearby towns of Vila Nova de Foz Côa, Castelo Melhor, or Muxagata. A visit to the rocks and the accompanying visitor facilities cost 12 euros – and worth every cent, for a truly astonishing and in some ways humbling look back at some of the earliest moments of humanity on this planet.