Most everyone is well aware that Spain had a far-flung overseas empire, which included not only most of Latin America but also the Philippines and even areas of northern and western Africa. (resulting in Africa’s only Spanish-speaking country, Equatorial Guinea).

But less well remembered today is that in the 9th through early 18th centuries, kings and potentates of what is today Spain also ruled over significant areas of the rest of Europe thanks to the complex and convoluted web of endless wars and dynastic politics of the day – changing history and cultures in ways that still reverberate down to our times. And it should also be remembered that in many cases this control was more often economic than political, often exercised through local vassal rulers.

In any case, here in the latest installment of our new occasional series on Spanish history, we take a quick (and necessarily highly simplified) look at five modern countries whose history was directly influenced by Spain. 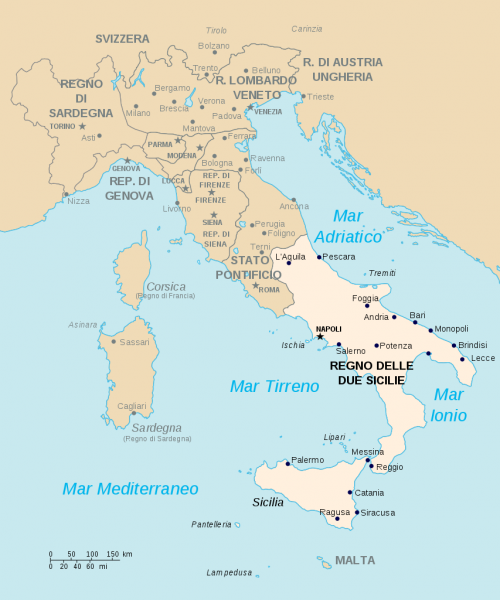 In the early Middle Ages, the region around Naples was a duchy, and in 1442 it was conquered by the king of Aragón, Alfonso I, ushering in a golden age of sorts that saw Naples become a hotbed of the Renaissance as a viceroyalty of the eventually unified Spain for two centuries (not uncontested, for example by Francis I of France). Sicily, too, came under Aragonese control, and became politically unified with Naples as the Kingdom of the Two Sicilies until 1713 (much of southern Italian peninsula was also part of this kingdom, as was Malta, until 1530 when unified Spain’s King Charles V ceded it to the Roman Catholic Knights Hospitaller order, thereafter known as the Knights of Malta). In 1297, to settle a geopolitical dispute, Sardinia was awarded to them as a fiefdom by Pope Boniface VII, and continued as a possession of Spain until 1720 (Catalan dialects are still spoken in parts of Sardinia to this day).

In the north of what is today Italy, as well, Spain held significant sway. Like many European realms of the day, Duchy of Milan was something of a football passed back and forth among various powers, one of which was Spain, which occupied and ruled the duchy for nearly two centuries, from 1526 to 1706. The War of the Spanish Succession (1702-14) put an end to much of Spain’s control of Italy, as its treaties awarded Spain’s European possessions and dependencies to Habsburg Austria (this was also the war, by the way, that awarded Gibraltar to Great Britain). 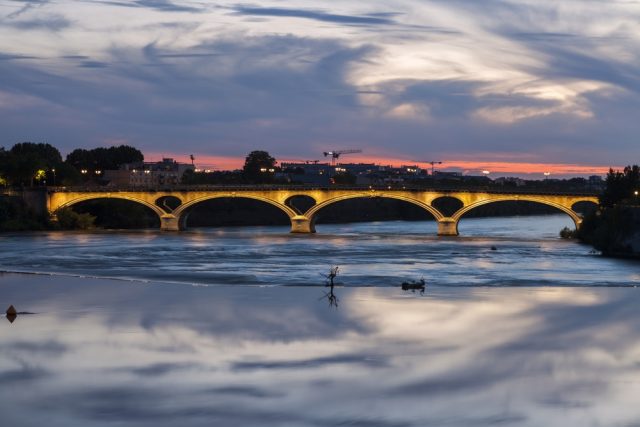 During the Dark Ages, Catalonia and Navarre were vassals of the Frankish kings, but by the 9th the century, much of the south of modern-day France had came under the influence the Counts of Barcelona, as dynastic, historic, and cultural ties (Catalonia has historically always extended north beyond the Pyrenees Mountains, as well) brought Toulouse and Provence under their sway, lasting through the early 13th century (above, Toulouse’s 1912 Pont des Catalans, named in honour of its Catalan heritage).

By the way, it’s also worth mentioning that in 1297 Corsica became part of the abovementioned deal in which Pope Boniface VII concocted  the Kingdom of Sardinia and Corsica and entrusted it as a fief to Crown of Aragon. But the Aragonese had trouble enforcing and consolidating this claim, as the republic of Genoa kept asserting its own control, and despite inroads along the way, their repeated attempts to definitively conquer the island finally fizzled out for good by 1543. 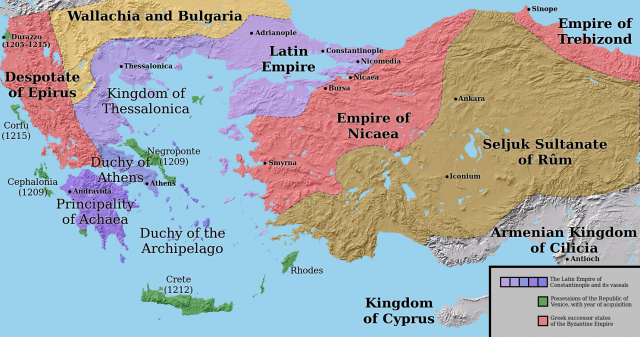 In the early 13th century, Athens became a duchy ruled by a French knight of the Crusades, whose successor hired Catalan mercenaries to fight against a rival state, only to be deposed by them in 1311. The Catalans went on to conquer parts of Thessaly and central Greece, and through various maneuvers this area ended up under the rule of the Crown of Aragón for several decades until it was conquered by the Acciaoli dynasty of Florence in 1388. 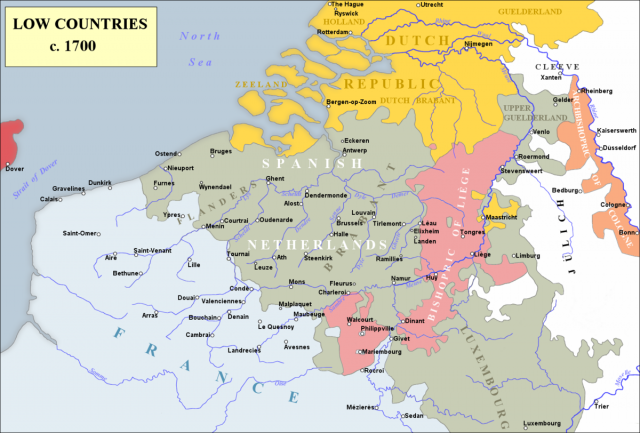 Seventeen provinces in the present-day Netherlands and Belgium passed to the Austrian Habsburgs in 1482, and 74 years later to the Spanish branch of the Habsburgs under King Phillip II. (it also included chunks of modern-day France and Germany as well as Luxembourg). Many of these lands were Protestant, and the new king’s participation in the Catholic Church’s Counter-Reformation (including liberal use of the Spanish Inquisition), along with his viceroy the Duke of Alba’s tyrannical rule, led seven of those provinces to break away and form the Dutch Republic (top, a painting depicting the unsuccessful Spanish siege of the Dutch city of Leiden).

The remaining Spanish Netherlands (essentially present-day Belgium) were consolidated under the rule of the “archdukes” and saw some economic and cultural flowering (notably in the area of the arts, where painter Peter Paul Rubens became a seminal figure, and Flemish art even became a thing in the Spanish court), but attempts by the French to conquer parts of the territory led to the whittling away of areas like Francophone Wallonia. But eventually, after some 130 years, as with the rest of Spain’s European dominions, Spanish rule in the Low Countries finally came to an end in 1714 with the settlement of the War of Spanish succession, passing to the Austrian Habsburgs. (Fun fact: residents of Antwerp to this day are popularly dubbed, Sinjoren, from the Spanish señores, meaning lords.)

Past installments in our Spanish history series:

Stay tuned for more! Next: a look at Al-Andalus, Muslim Spain of the early Middle Ages.