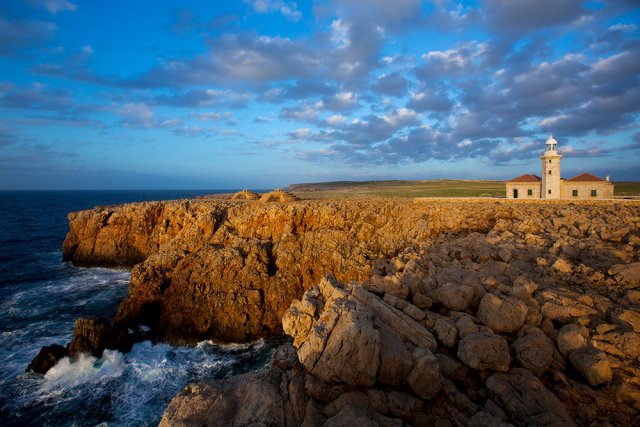 The Balearic Islands‘ middle island is known for its romantic castaway coves, some of Europe‘s most spectacular beaches, and utterly charming little fishing towns. But Minorca harbours other magical corners, as well, on its modest landmass (significantly smaller, for example, than metro Glasgow and about the size of greater Reading, Pennsylvania).  The romance of lighthouses is a beacon, so to speak, for many around the world, and here you’ll find five – silent sentinels which by night captivate with their strobing lights to guide ships at sea. They’re working lighthouses, so not open to the public. But add them to your perambulations around the island for an extra visual treat. 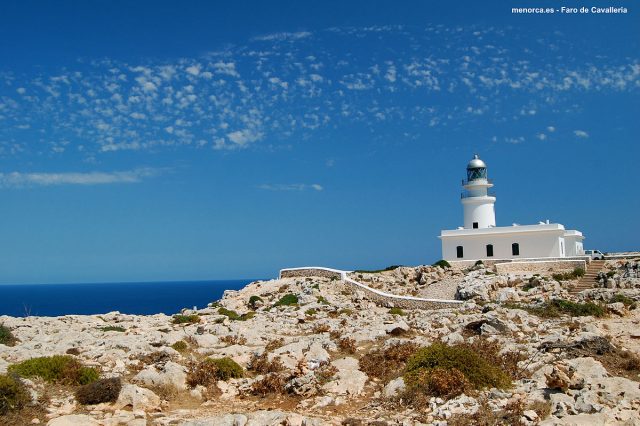 Then heading an hour eastward across Minorca’s northern coast, we arrive at Cavallería Cape, near the town of Es Mercadal. Approached via a narrow pathway, flanked by stone walls, past several farmsteads,  the Far de Cavallería is Spain’s oldest remaining lighthouse (1858), offering spectacular views along the coast and out to the offshore Porros islet. There’s a museum and a lovely beach nearby, as well as the natural harbour of Sanitja, site of the ancient Romans’ first settlement on the island, with ruins still visitable.

Eastward yet again, another hour takes us to the Far de Favàritx (below), located within Minorca’s only nature reserve, S’Albufera des Grau. Here, too, the immediate surroundings are rocky, arid, and bleak – almost lunar in appearance, with blackish rocks and little vegetation. This light is an essential beacon for north-south sea traffic, its blue spiral an unmistakable landmark for sailors.

From here, we strike out southward just 45 minutes or so toward the island’s southeast tip, where on the south shore of an islet called Illa de l’Aire, near the entrance to the port of the capital, Maó, The best view of the eponymous, blue-and-white-striped lighthouse built in 1860 is from Punta Prima Beach, but you can always take a boat out to the islet for a closer-up look. 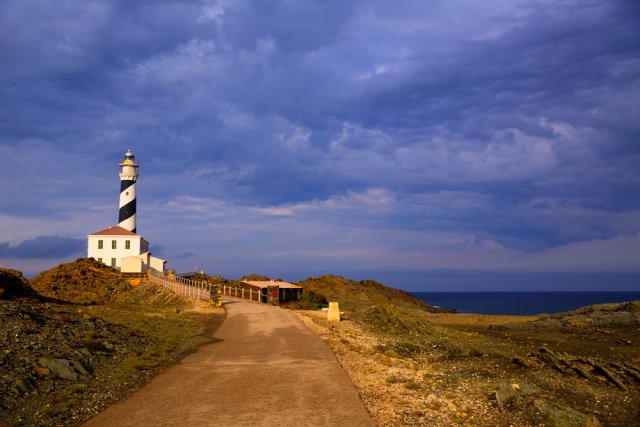 
Our last stop takes us northeast to Artrutx Cape, on the island’s southwest tip, whose majestic, black-and-white-striped lighthouse is also one of the Minorca’s oldest as well as the one most integrated into the local community, located within a settlement near the island’s other main city, Ciutadella. Thirty-five metres (115 feet) tall, it also offers a bit more to do for visitors, as the old lighthouse keeper’s residence now houses a restaurant from which you can catch some marvellous sunsets and views of nearby Majorca.

Lighthouses fascinate many because of their majestic, solitary nature, guiding the lost and sometimes providing focal points for our own interior journeys. Folks visit Minorca with an eye toward disconnecting and relaxing amid peace and quiet, and these historic beacons are both symbols of and aids in that quest.