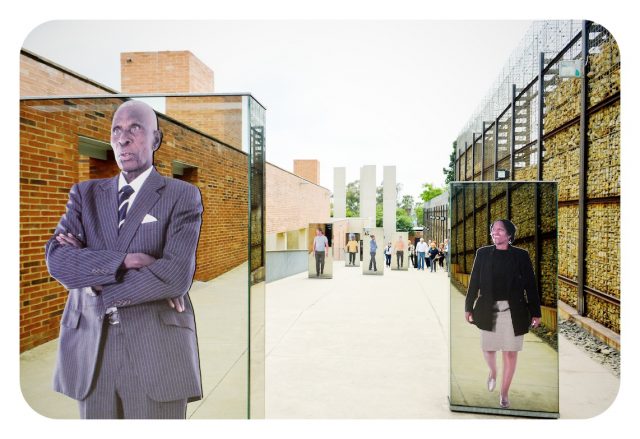 If you’re a real traveller, rather than just a tourist, you’re a nonconformist with a questing spirit. And in Johannesburg, South Africa, that means Newtown, the vibrant cultural and entertainment district in the western reaches of the city centre, is where you want to be. As part of an ongoing urban renewal scheme during more than a decade, this 19th-century district has turned into an amazing area packed with museums, galleries, performance venues, shops, eating/drinking spots, and lots more.

Spots at the top of the list include the Museum Africa (aka MuseuMAfricA, top), at 121 Bree Street – full of art, archaeological and other artifacts, and myriad multimedia displays bringing to life key aspects of the history, culture, and ethnography of Joburg and all of southern Africa.

For a more in-depth look at the folks whose labour built modern South Africa, it’s very much worth a stop at Jeppe Street‘s seven-year-old Workers Museum, based in a renovated 1913 labourers’ compound.

And beer-lovers, check this out: South Africans do love their suds, and SAB World of Beer (15 Helen Joseph St.)is a popular beer museum here, laying out a sophisticated multimedia history – and ending with a tasting, of course!

There’s even a kid-oriented museum here, too; at the corner of Miriam Makeba and Helen Joseph Streets, the Sci-Bono Discovery Centre – Africa’s largest – can boast has more than 350 cool exhibits that will engage the whole family. 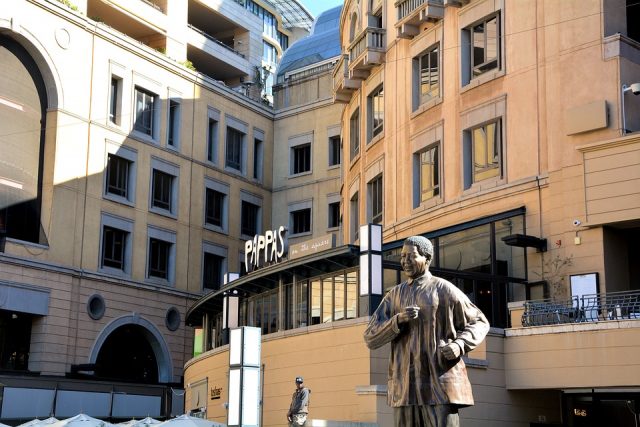 Over at 56 Margaret Mcingana St., the 41-year-old Market Theatre actually dates back to the bad old days of apartheid, when it was a non-racial venue that actually became known as “the theatre of the struggle”, and today is an amazing venue to see depictions of the life and times of the country and southern Africa as a whole.

In the same vein of events, at 65 Ntemi Piliso St. a 1927 power station has since 2009 begun a new chapter as Turbine Hall, the city’s events and conferences hall, which often schedules interesting events open to the pubic, such as an annual art fair especially focussed on young artists.

Shopping is another Newtown strength; in addition to some great little alternative bookshops, crafts shops, and galleries, one of Joburg’s top places to browse is two-storey Sandton City, one of Africa’s oldest (1973) and most prestigious shopping centres. Aside from plenty of the usual international brands, you’ll also find jewelers specialising in locally produced diamonds, as well as South African designers such as Jenni Button and Hilton Weiner. There are also special events, a movie multiplex, and a 200-seat theatre for stage productions.

Then of course there’s the eating, drinking, and partying. A good place to start, alongside Sandton City, is Nelson Mandela Square (above), with 60 more fashionable shops plus a trendy restaurant row. Newtown has it all, though, from fast food to haute cuisine. Top eateries worth noting include The Potato Shed (Miriam Makeba Square), a casual spot with excellent craft beers and South American barbecue. Speaking of which, 1 Central Place Shisa Nyama (30 Jeppe St.) serves up the South African barbecue, shisa nyama, with contemporary flair and kick-arse cocktails. And another beer-heavy spot called Urbanologi (1 Fox Precinct), inside a brewery, with a great local following, stellar service, and a cornucopia of shareable Asian-South-African-fusion yumminess. 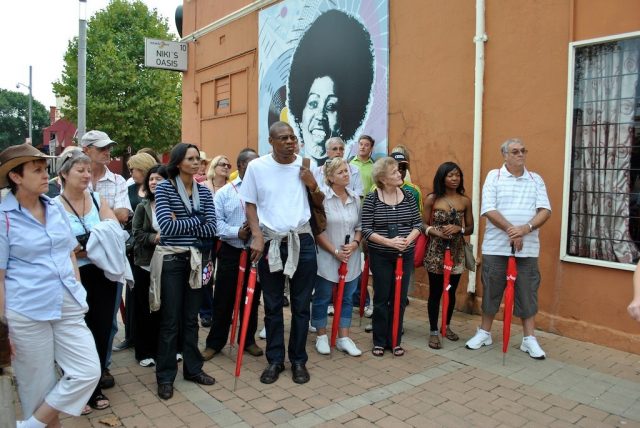 If you have the good luck to be here during one of the various Newtown festivals, all the better. A partial list: the 30-yea-old Dance Umbrella (March 7-17); the Africa Day open-air concert (mid-May), ArtsAlive (September 1-25), SA Fashion Week (Sept. 24-28), Joy of Jazz (Sept. 28-30), autumn Diwali (this year, October 17; there are loads of South Africans of Indian descent hereabouts); and Christmas Eve festivities.

And all along the way, the streets of Newtown are full of urban street art, included on guided walks of the area offered by local companies such as Past Experiences.