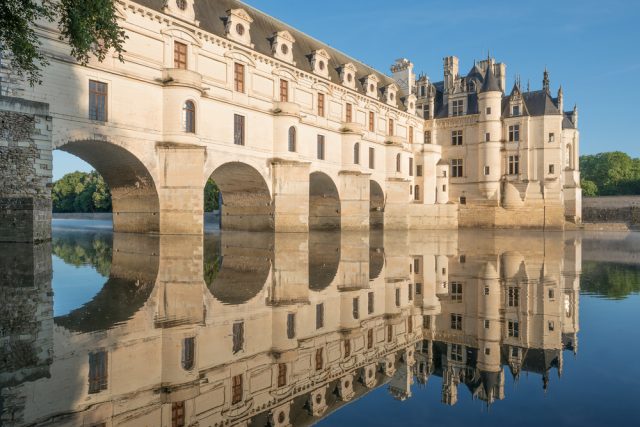 Spanning some 800 square kilometres (310 sq. miles) along the Loire River (France’s longest), this land of fairytale châteaux (more than 50 of which are open to the public); historic towns and cities that go back to the very origins of France; and enchanting vineyards is truly a bucket-lister for the Francophile – and, for that matter, Europhile – traveler. And it’s quick and easy to get to from Paris by road or rail (as little as a half hour to the city of Tours, for example, via the TGV high-speed train). This can make a splendid day trip but really deserves at least one or two nights, allowing you to take things a little slower. Here’s a primer on several of the Val du Loire’s main destinations: 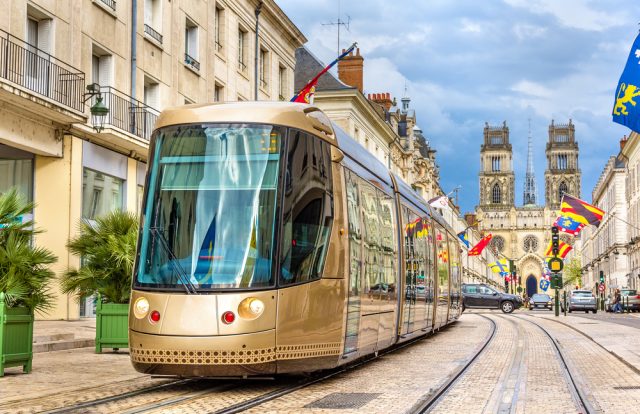 Angers, the farthest of the major Loire Valley cities from Paris (just under three hours by road, 2½ by train), with a population around 215,000 and is a lively university city as well as Europe’s largest horticultural centre. Its atmospheric 13th-century château with its distinctive striped towers is home to the extraordinary Apocalypse Tapestry, France’s oldest and the world’s largest surviving mediaeval tapestry; around the castle you’ll see distinctive half-timbred houses such as the Maison d’Adam, dating from the Middle Ages. The Saint-Maurice Cathedral also dates from the 12th century, with a mix of Romanesque and Gothic, and the stars of its Musée des Beaux Arts are some remarkable 17th-century paintings by the likes of Fragonard and Watteau.

East of Angers, the much smaller (pop 46,000) Blois is a charming little city founded in the 10th century with a 13th-century château at its heart, seat of the Counts of Blois and home to seven French kings durimg the Renaissance, as well as the 17th-century St-Louis Cathedral with its lovely bell tower; the surrounding mediaeval and Renaissance old town makes for lovely strolling. Blois also boasts a fine Musée des Beaux Arts, but one of its most distinctive attractions is the Maison de la Magie right across from the chateau, dedicated to magic and illusionism, as well as offering a performance space.

Closest of these four cities to Paris – just under two hours – Orléans (above) is a pleasant, laid-back, untouristy city of 114,000 which makes another very nice base for exploring the Loire Valley. In addition to the soaring, 17th-century Gothic Sainte-Croix Cathedral, with a design not unlike Notre Dame in Paris, there’s a Musée des Beaux Arts  with a fine collection of both European old and modern masters. The main claim to fame of Orléans, however, is its identification with France’s most famous woman, 17-year-old Joan of Arc, leader of an army which liberated it from the English in 1429 but was later captured and burned at the stake. The half-timbred house she stayed in (recreated from the original destroyed in World War II) is full of multimedia exhibits, and the Maid of Orleans is still celebrated all over town (if you can, come during the first week of May, the annual Joan celebration with parades, concerts and other shows, and a mediaeval market; this year, many of its activities are being extended through this week, as well).

And last but certainly not least, some 2½ hours from Paris by car and just over an hour by TGV high-speed rail, Tours is the region’s largest city (135,000, metro area 484,000) and perhaps the best base of operations because of its size/amenities and distance from various key châteaux. Its origins stretch back to the pre-Roman Turones tribe, then became the Roman Civitas Turonorum, with their legacy including an amphitheatre of the 1st century AD. Old-town hub Place Pumereau is full of picturesque half-timbered houses, and St. Gatien Cathedral, built over the course of the 12th through 15th centuries; behind the cathedral is the ancient Roman amphitheatre (with not one but two vomitoriums!). Also don’t miss local museums devoted to fine arts, wine (in preparation for visiting Loire wine country), and trade guilds, as well at least one of its dozens of colourful street markets. And in warm weather, La Guinguette is a delightful café/entertainment section on the banks of the Loire River which divides the city.

Keep in mind, too, that there are plenty of small towns – including many associated with the châteaux – where you can base yourself in cute little hotels, inns, and guesthouses. 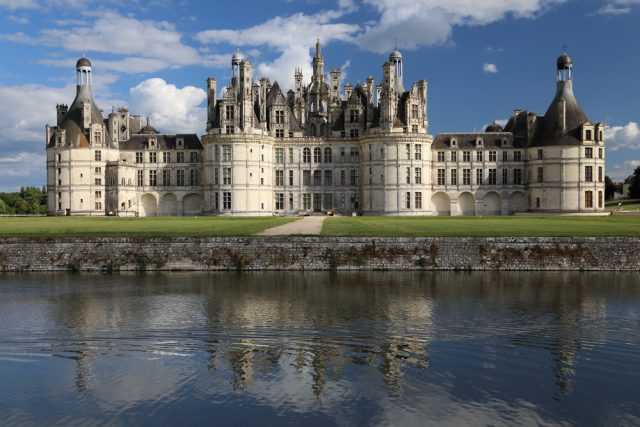 From the above cities, it’s a fairly easy drive to dozens of marvelous châteaux (a mix of palaces and castles). Here are ten of the other top choices besides the aforementioned Angers and Blois:

Amboise  Dating back to at least the 9th century, this grand pile between Tours and Blois was the residence of several kings of France, as well as the great Leonardo da Vinci in his last years.

Beauregard  Just south of Blois, this mid-16th-century palace at the edge of a forest has as its highlight a gallery of portraits of 327 illustrious figures of France and Europe from the 14th through 17th centuries.

Azay-le-Rideau  One of the more popular chateaux (above), it was built in the early 16th century on an island in the middle of the Indre River southwest of Tours.

Chambord  Built in the mid-16th century as a hunting lodge for King François I, this imposing Renaissance manse (above) is the largest of the Loire chateaux. (And yes, this area is where the famous Chambord raspberry liqueur comes from.)

Chenonceau  France’s most visited chateau (top, unless you count Versailles Palace), built in the early 16th century not on an island but on a bridge over the Cher River, was among other things site of a literary salon which attracted the likes of Voltaire, Montesquieu, and Rousseau.

Chinon  Built on a rocky outcropping above the Vienne River, the current castle dates back to the 10th century, and saw many key events and personages of French history, from the Knights Templar suppression to Joan of Arc to Cardinal Richilieu.

Langeais  A short drive west of Tours, it dates to the 10th century but was rebuilt in the mid-15th. Right in the middle of its surrounding town, it offers lovely period furnishings and tapestries, as well as mediaeval-style gardens.

Rivau   An enchanting bit of business from the 13th century, 45 minutes from Tours and cited in literature by Rabelais and Gargantua, Rivau’s mediaeval interior is atmospheric, but its dozen “fairytale gardens” are magical. There is also a superb locavore restaurant on the grounds, open spring through fall.

Ussé   A castle at the edge of the Chinon forest not far from Azay and also 45 minutes from Tours, it was fortified in the 11th century, became one of the inspirations for the Disneyland castles, as well as the tale of Sleeping Beauty.

Villandry  Built in the early 16th century, this one is especially reknowned for its sumptuous Renaissance gardens, including a maze and water garden. It’s located a half hour southwest of Tours. 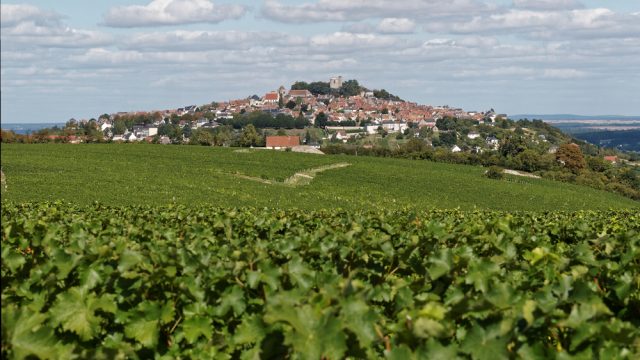 The valley produces a wide variety of excellent wines, including at least nine appellation wines. Among reds, Cabernet Franc grapes predominate with the likes of Bourgueil, Saint-Nicolas-de-Bourgueil, and Chinon, while the Touraine region produces some great drinkable reds. Meanwhile, Chenin Blanc predominates in whites like Vouvray and Montlouis-sur-Loire, as does Sauvignon Blanc in the Touraine.

With dozens of vineyards which welcome visitors, key areas include:

More info: TouraineLoireValley.co.uk, ExperienceLoire.com; best fares to Paris from the USA, from Spain.