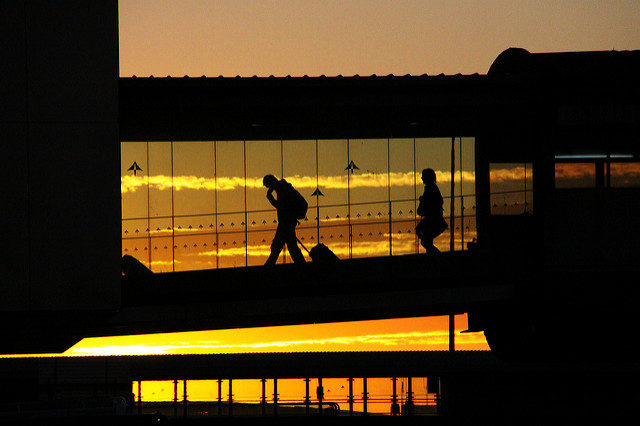 Travellers flying into Barcelona, one of Spain’s most popular destinations, will want to read this post – a rundown of information and tips about arriving at this city’s El Prat Airport. So here goes!

* If you’re travelling with Iberia – and by the way, did you know that it’s one of the world’s most punctual airlines? ? – you’ll be landing at Terminal 1.

* If you’re flying in from an airport in a country not a member of the open-border Schengen Zone,* you will need to pass through customs and immigration, on the second floor of that same terminal.

* If you have checked bags, go to the ground-floor and consult arrivals monitors for your flight’s baggage carousel.

* Now you’re ready to leave the airport. Here are the transportation options into the city of Barcelona: