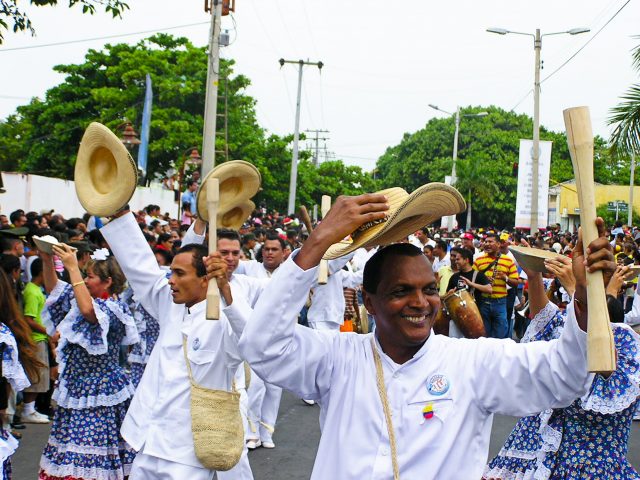 Along with cumbia, the folk music form known as vallenato is a calling card of Colombian culture, and its Vallenata Legend Festival is a particularly momentous one, marking its 50th edition this year April 26-30 in the city of Valledupar, in Colombia’s northeast, about an hour and a half flight from Bogotá and just under four hours’ drive from Cartagena.

Truth to tell, Colombian culture wouldn’t be the same without this music, which goes back more than two centuries. With humble roots in rural troubadors mixing Spanish and African traditions, these days it’s beloved enough among Colombians that UNESCO has classified it as an Intangible Cultural Heritage, and it’s even been extending its reach into neighbouring countries such as Ecuador and Venezuela.

Vallenato’s main instruments reflect Colombia’s cultural diversity: the accordion (below), from Europe; the caja (also below), a drum of African origin; and the guacharaca, a scratching stick invented by the pre-Columbian Tairona people. As an identifying mark, the lead singer in each group blends the chords and gives each of them their own personality. 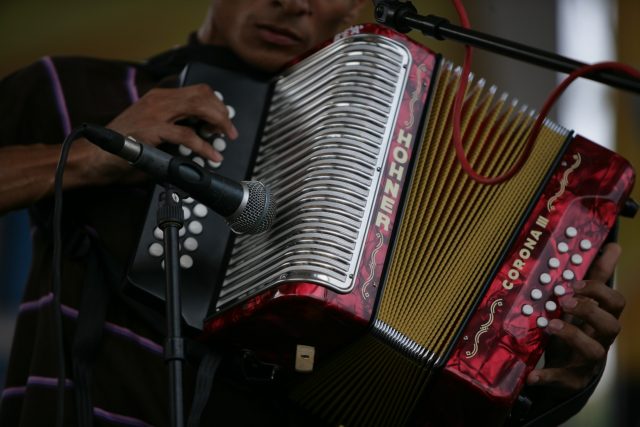 And if vallenato is Colombian music par excellence, the annual Leyenda Vallenata in its foremost centre Valldedupar is its most important festival, which has over the years aimed to protect and promote the genre’s traditional character, focussing on its four main strains: puya, merengue, son, and paseo.

A good portion of this event is devoted to competitions – for best accordionists, composers, piloneras (dancers), and verseadores (improvisational lyricists) in various categories including youth, amateur, and professional; winners receive the title of “kings” (yes, they’re all blokes). Past kings have included vallenato legends such as Alejandro Durán, Egidio Cuadrado, and Egidio Mendoza.

In addition, this year marks a special event within the festival which is held only once per decade: the crowning of a “king of kings” from among previous winners in the professional category. This means visitors will get to see not just the best artists of the moment, but the best of the last ten years. 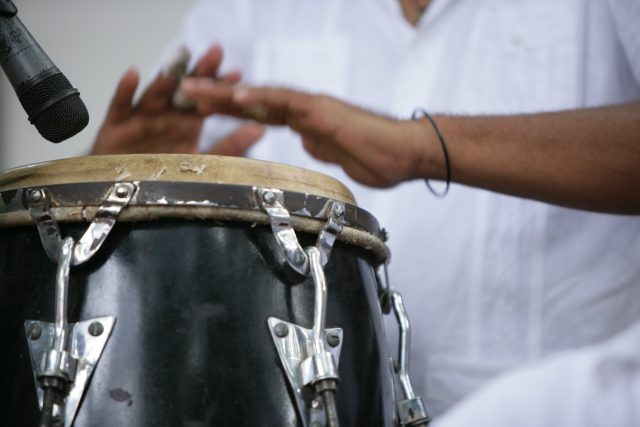 Yes, Colombians do love their music – and vallenato is far from the only kind that’s popular here. Of the country’s three other major music forms, two are also homegrown. The abovementioned cumbia is from the Caribbean coastal region and like vallenato has European, African, and pre-Columbian influences. Its rhythms are lively and upbeat; its music created mostly by instruments like the flauta de millo (a traditional flute made of cane), drums, and maracas; and the dancing that usually accompanies it featuring colourful costumes.

The second, typical of the expansive Orinoquía region in the east of the country, is joropo, which also uses maracas, along with the harp and the cuatro (a small, four-string guitar). Its themes revolve around the people of the Orinoco River watershed plains, and its energetic dances resemble a galloping horsebackrider.

The third is not native to Colombia. Salsa in fact first developed among the Cubans and Puerto Ricans of New York City, but it has been so enthusiastically embraced by Colombians that one of its cities, Cali, is even considered the world capital of salsa, filled with salsa schools and even museums, as well as clubs where thousands of locals dance till dawn. Its annual Feria de Cali (December 25-30) includes a salsa marathon that has to be seen to be believed!