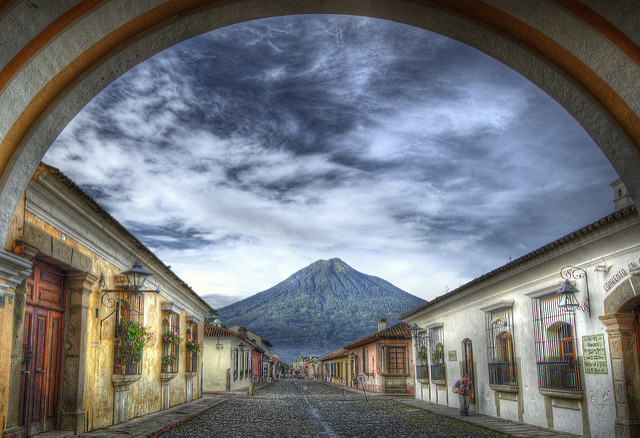 Though the largest country in Central America, Guatemala is by world standards pretty small – just 109,000 square kilometres (just over 73,300 sq. miles). that offers much more than one can imagine, and the thing is that this country is a real trove of surprises. As an appetiser, we’ll tell you that they speak 24 languages here (just a few!), though Spanish is the official national language. The Maya and Olmec cultures have an astronomical significance, and that’s why the sacred 260-day Mayan calendar is in effect alongside the standard Gregorian calendar. Their currency is the quetzal, and its equivalence is the following: one quetzal currently equals 0.12 euros, a figure equal to one bus fare in the country’s capital city.

And what else? Well, Guatemala is in fashion more than ever, so we’ll highlight three reasons why:

You’ll find a concentration of the glories of ancient Mayan culture in the northern Petén region, part of the Mayan Biosphere Reserve. The ruins of 175 Mayan cities make up this reserve, and out of all these, those of Tikal are the most famous. If you arrive at Tikal Temple IV before dawn, you’ll find a real spectacle, as there you’ll be able to enjoy the birth of the sun to the rhythm of the jungle. But if you’re more into the least touristic things, we’ll point you in the direction of sites in the region which are less visited and a bit harder to get to, but just as spectacular: El Mirador, Uaxactán, and Yaxhá.

Guatemala brings together everything imaginable in nature: fantastic landscapes including awesome volcanoes such as San Pedro, Tolimán, and Atitlán; massive lakes like Atitlán; and magnificent, paradisiacal beaches such as Playa Panajachel, Playa Blanca, and Playa Champerico.

Yes, weddings. Guatemala has become a popular destination of late for getting married in the past five years, and still going strong. To get married abroad is an added bonus in weddings, and in Guatemala, you can have a wedding in style without the need to spend all the money in the world. Affordable prices in exchange for quality professionals in marriage affairs, and many scenery options which are so unusual such as ruins, lakes, volcanoes… Glamorous weddings without a lot of effort!