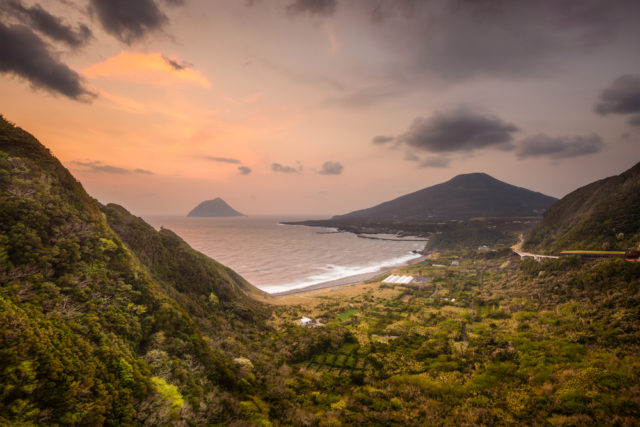 Off Honshu‘s Izu Peninsula in Shizuoka Prefecture, as little as a half hour from Tokyo by air and two hours via high-speed jetfoil, lie more than a dozen subtropical volcanic islands (nine of which are inhabited by a total of around 26,000 people), which in addition to farming and fishing have also in recent years attracted summer visitors eager to enjoy nature and outdoor sports. Not surprising, because these lush, bucolic islands – all part of the same national park which include Mount Fuji – are something special, indeed.

The main island is Izu Ōshima, (91 square kilometres/35 sq. miles) whose principal attractions are its volcanic-sand beaches; geothermal baths; its volcano itself, Mount Mihara; and its flora, especially its 450 or so varieties of camellias, which grow wild around the island but are showcased in all their glory at Oshima Park on the northeast coast. And with its main venue Camellia Plaza next to the park, but with events held in the por of Motomachi and elsewhere on the island, the 62nd edition of Ōshima’s Camellia Festival is now underway (January 29-March 26). It features folkloric shows, parades, beauty contests, concerts, marketplaces of local products, and draws visitors from all over Japan and beyond. 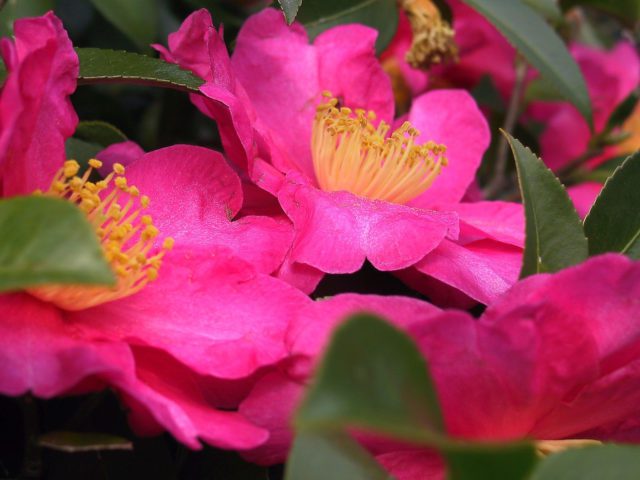 Another much smaller island, To-shima, located east of Izu, is just four sq. km (sq. mi.) in size, and with a mere 300 inhabitants. And speaking of camellias, some 80 percent of that area is covered with forests bursting with these colourful blooms; the best time to go to witness this remarkable sight (as well as the flocks of brown boobies and an endemic species of giant lily unique in the world) is between November and March. And if you’re a “dark skies” enthusiast, the heavens here are a star-spangled wonder like something out of primordial times. There’s also a small museum of island ethnology and culture.

Other islands worth a visit include Miyake-jima, also known for its camellias as well as hydrangeas; Nii-jima and Hachijo-jima (top), famous for their scenery; Kozu-shima with its intricate geographical features and ruins of temples and shrines; and Mikura-jima, a vast virgin forest of box trees and chestnuts.