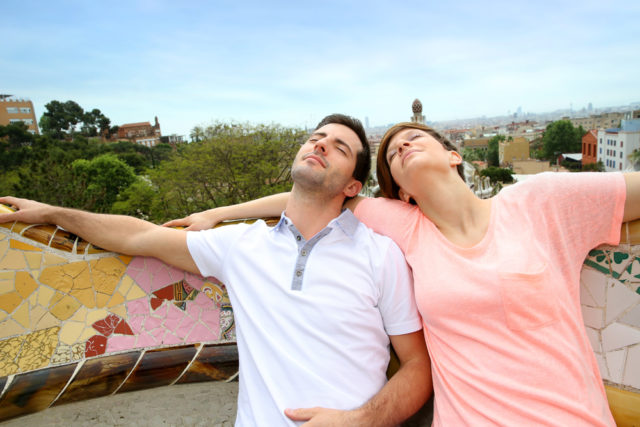 Happy Valentine’s Day! Every destination, of course, can boast magical spots conducive to nurturing romance with your significant other on this special day – or any other, for that matter. And today’s occasion has inspired me to take a sentimental journey to 16 of Iberia’s top destinations. If you happen to be fortunate enough to be visiting (or living in!) any of these, putting this spot on your to-do list is sure to sweeten the day of lovers with your most significant other! HEARTS

The capital of Catalonia has no shortage of the picturesque and the romantic. But one place you won’t want to miss – especially at sunset – is the terrace of Parc Güell (top) up in the Gràcia district, with Antoni Gaudí’s colourful, whimsical architecture framing some gorgeous panoramas over the city and out to sea.

Germany’s bustling capital is packed with lovely green spaces, romantic bridges, and more, but there’s nothing quite like Neu Venedig (Little Venice), which combines all the above plus tree- and lily-pad-lined lined canals (below) up in the northwestern Spandau district near Müggelsee lake. Reachable via bus and Underground, this little enclave is a total charmer for strolling and rowboating with your Schatzi (honey). 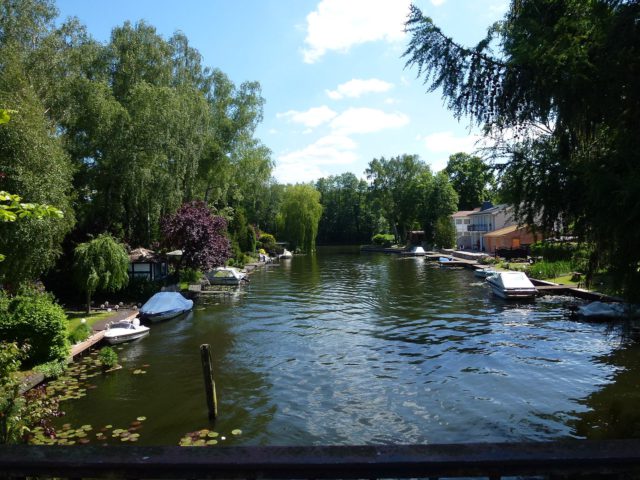 Part of the Palermo district’s Bosques de Palermo, the 103-year-old Rosedal (Rose Garden) is an oasis of tranquility much coveted by courting couples thanks not only to its more than 18,000 roses but also a pretty lake with swans and rowboats, as well as bridges, fountains, pergolas, statues of poets, and intimate little paths through the verdant lawns and leafy trees.

In Greater Joburg about a half hour northeast of downtown, the Walter Sisulu Botanical Gardens has been a favourite outing for lovers and other nature-loving locals since the 19th century. Set against a dramatic cliff and waterfall, it’s a mix of lawns and wild grasslands, spreading shade trees, and a cute little restaurant, all abounding in hundreds of species of birds, reptiles, and small mammals.

Lots of choices here, of course (including many quaint nieghbourhoods and lovely parks/gardens), but one of my favourites is an evening dinner cruise on the Thames River, for views of iconic landmarks at sunset and by night, all serenaded by soothing live music. A real memory-maker. 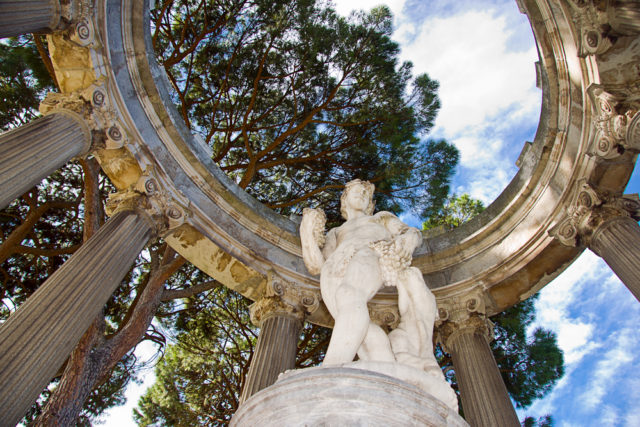 Love the proverbial long walks on the beach? A VD classic, for sure. The catch in L.A. is that most of its beaches are pretty popular, with crowds not always conducive to romance. An exception is Point Dume, a promontory on the coast of Malibu, where high bluffs perfect for picknicking loom over uncrowded sands where you can roam tide pools and spot dolphins (and, in winter, even whales). Perfect for California dreamin’.

Once the private preserve of a 18th-century duchess, the Parque de El Capricho (Folly Park, above) out near Barajas Airport is one of the city’s hidden treasure – an oasis of greenery, grottoes, fountains, statuary, shrines, follies (pavillions and ornamental buildings) and sundry sweet spots to sit and stroll and just tune out the rest of the world.

Strolling Chapultepec Park and charming old neighbourhoods like Coyoacán and San Ángel are truly a treat, but there’s nothing in the world quite being poled through the water in a flower-bedecked boat in Xochimilco (below), the “floating gardens” an hour from downtown Mexico City. You can hire one for two, and be and served local delicacies and serenaded by also floating mariachis. Ay, chihuahua, another guaranteed memory factory! 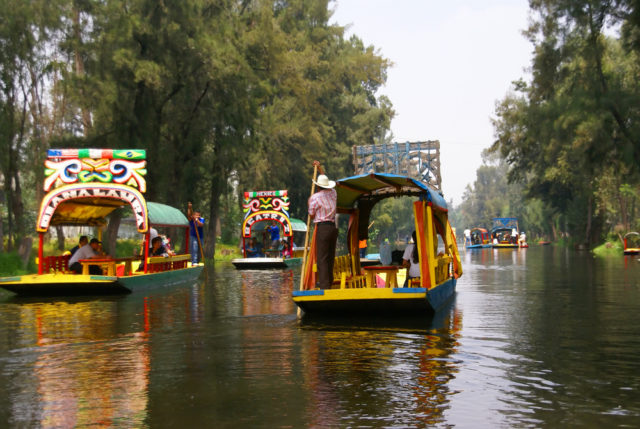 It may be a bit of a cliché, but for good reason. Renting a rowboat at Central Park’s eight-hectare (20-acre) lake and rowing past the elegant Bow Bridge, Ladies Pavillion, and wooded Ramble – all with the skyline peeking over the trees – is truly a cinema-worthy lovebirds’ idyll. Afterward, stroll, visit Belvedere Castle, take a spin on the antique carousel, and/or go ice skating at Wollman Rink. That night, how about cocktails or dinner at the Rainbow Room in Rockefeller Center? 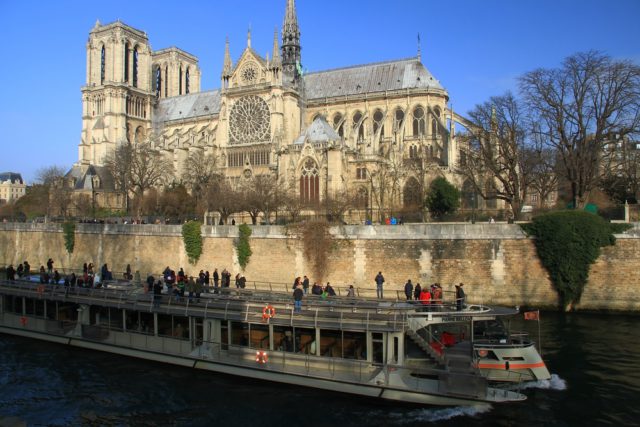 For many the quintessential cité d’amour, the City of Light shines with places to experience with that special someone – Montmartre, the Luxembourg Gardens, and the Eiffel Tower come especially to mind. But as in London, one of the most memorably romantic things I can think of here is a sunset/evening dinner cruise on the Seine’s famed bateaux mouches riverboats (above), gliding past Notre Dame, the Eiffel, and other spectacularly lit icons; you can also buy a package including a visit to Le Crazy Horse cabaret nearby.

The entire historic centre of the Czech Republic’s capital is virtually a fairytale film set, but for me the single best spot to linger with your lambchop has to be the 14th-century Karlův Most (Charles Bridge) with its statues, Gothic towers, and cinematic views up and down the Moldau River but especially of majestic Hrad (Castle Hill). Caveat: the bridge is quite often crowded, so optimum romance is achieved early in the morning but most especially late at night). A close second are the sunset/evening river cruises – why not do both?

In another icon of romance and sensuality, when I think “romantic hideaway”, it’s not the crowded beaches and tourist spots like Sugarloaf that leap to mind. Rather, it’s verdant Tijuca Forest; the cobblestone, hilltop Santa Teresa neighbourhood; and most especially the Ilha da Paquetá. This small, laid-back, car-free island out in the bay – reachable by ferry, of course – is full of elegant old buildings once home to wealthy landowners, restaurants, cosy beaches, and intimate hostelries. A perfect getaway for namorados (sweethearts)! 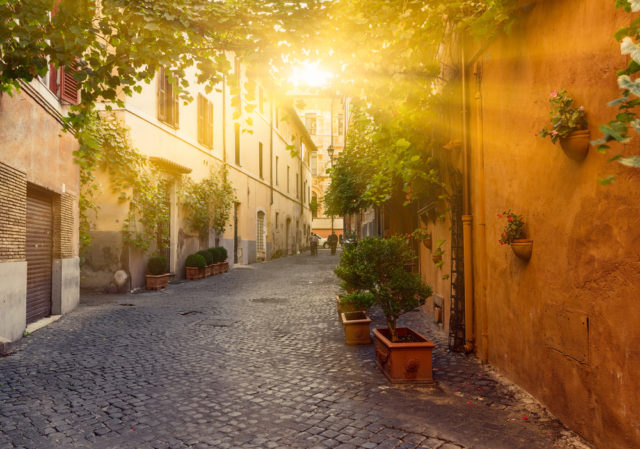 Mamma, so, so, many choices – many of them dependent on your tastes. Bridges, parks, gardens, steps, fountains…  So I’m going to offer my own favourite: the Trastevere neighbourhood, on the west bank of the Tiber River. Dating back to ancient Rome and today conserving a mediaeval feel, it’s a dreamy place to wander cobblestone lanes (above), eat at picturesque trattorie, and luxuriate in charming small hotels. Truly a perfect place to whisper, “Ti voglio bene”.

China’s largest city is a place of hustle and bustle, for sure, but also harbours relatively peaceful, more intimate corners. One such is the historic centre’s two-hectare (five-acre) Yuyuan Garden (below), built in the mid-17th century in classical Chinese style – pagodas, zigzag bridges, artful rockeries, teahouses. That is, once you get past the hectic shops and bazaars clustered around the entrance. Another must for maximum romance quotient: go on a weekday, as on weekends the garden tends to be swarming with locals. 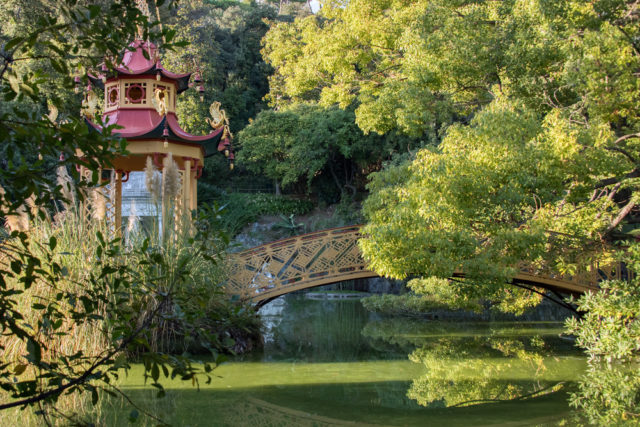 As in Shanghai, some of the most tranquil and romantic spots in Japan’s capital, another massive, high-octane metropolis, are gardens and parks such as Yoyogi, Shinjuku, and the Imperial Palace. But Valentine’s Day (and really, most dates for couples seeking a spot of public privacy) calls for places that are lovely yet less trafficked. One such is Rikugien, a classical Japanese garden from the early-18th-century Edo period, with hills, forests, bridges, a lake, and several teahouses to enjoy with your beloved.

There’s place no place quite like La Serenissima, its glorious art and architecture punctuated by the world-famous canals (and yes, you really should take a turn in a gondola, touristy as it is). And though Venezia‘s historic centre can get insanely crowded during high season, for Valentine’s Day it’s cool, misty, and blessedly low-key, restoring the city’s true sense of romance the way Casanova would’ve experienced. I especially love wandering the even quieter, lesser known islands, Burano, Murano, and Torcello. Molto romantico, indeed!