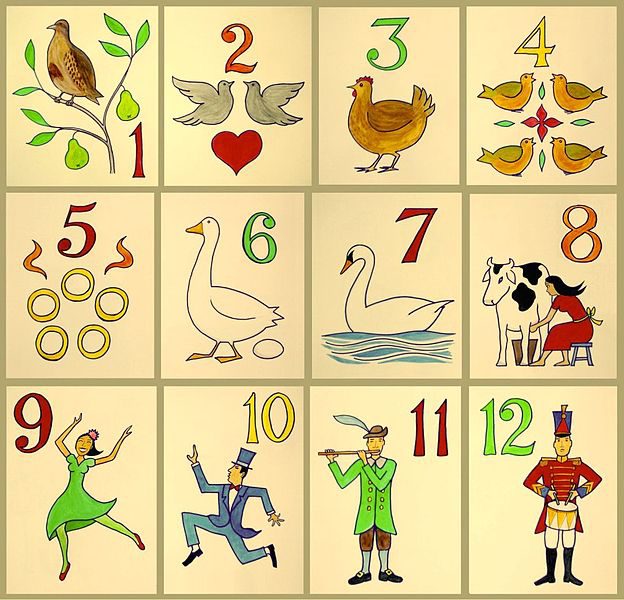 From a religious standpoint, the Christmas season actually ends today on the Feast of Epiphany (also known in Hispanic countries as Three Kings Day). During this past holiday season you no doubt heard more than your share of the repetitive old chestnut The Twelve Days of Christmas, a carol that dates back to in England in 1780; according to that song, todays is the day of the twelve drummers drumming. If you’ve ever wondered what all those birds, drummer, leaping lords, and so forth were all about, the story behind that is an interesting one.

After Anglicanism became the state religion in England, Catholicism was actually outlawed, from the 1570s all the way up until 1829. So Catholics had to practise their religion in private, oftentimes without the benefit of printed hymnals, catechisms, and so forth. So this song was written (originally without music) as a way to remind Catholics (especially children) of their sacraments and other tenets of the faith, with coded references. So here’s what historians tell us all that stuff means:

On the first day of Christmas my true love gave to me (“My true love” meaning Jesus Christ.)

A partidge in a pear tree.  (Also representing JC because the patridge is known to be prepared to give its life by feigning injury to draw away predators from its young.)

Two turtle doves (the Old and New Testaments of the Bible).

Eight maids a-milking (the eight blessings from the Sermon on the Mount).

And finally, today’s twelve drummers drumming (the twelve points of belief in the Apostles’ Creed).