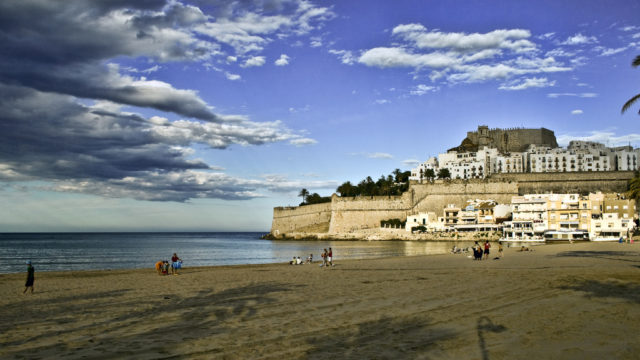 The history of Spain over these many century is replete with naval battles, invasions, and terrible struggles for control of territory. So it’s no surprise that its coasts are littered with many defensive fortifications that have become precious parts of the country’s historic patrimony and in many cases symbols of the cities and towns they once protected.

Several good examples can be found in Galicia, the northwest region that was once Spain’s front line agains sea attacks from the rest of Europe. Up here, the Castillo de San Antón is a gem of military architecture as well as a symbol of the city of A Coruña; located on a spit of land sticking out into the bay, it together with neighbouring Santa Cruz and San Diego forts guarded the nearby coast for centuries (it was key, for example, in blunting the 1589 attack of the English Armada headed by Sir Francis Drake). Today it’s home to the Archaeological and Historical Museum and offers sweeping views out over the city and ocean. Two other impressive castles in Spain’s northeast include the Castelo de San Felipe, in Ferrol, Galicia, and Castillo del Rey, in San Vicente de la Barquera on the coast of Cantabria. 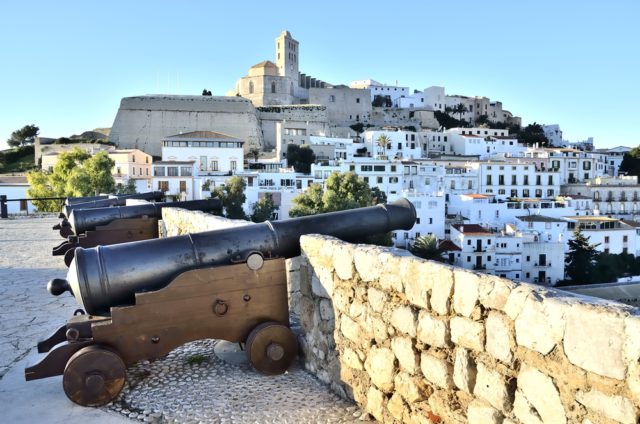 Over in the Mediterranean, the most impressive coastal castles include what is today the old town of the Balearic Island of Ibiza, Dalt Vila (above), a UNESCO World Heritage Site in part because it includes one of the world’s best preserved city walls, a two-kilometre heptagon built under Philip II in the 16th century and punctuated by seven great bastions, several of which these days display cannons and other antique weapons, as well as various other objects of military history.

Back on the Mediterranean coast of the mainland, Castellón is home to the Castillo del Papa Luna de Peñíscola (top), which you might recognise if you’re a Game of Thrones fan as part of the city Meereen, where the Khaleesi came to liberate the slaves. This imposing fortress was built at the beginning of the 14th century by the Templar Knights, and at one point was a residence of Pope Benedict XIII. Its defensive complex includes a walled keep with lovely cobblestone streets, mediaeval architecture, and three large gates, San Pedro, Felipe II, and Santa María.

Over in the Atlantic port of Cádiz, the Castillo de San Sebastián is an institution unto itself: located since the 18th century on an islet off the famous La Caleta Beach, these days it is one of the city’s premier venues, hosting world-class concerts, exhibitions, and other cultural events. Now there are causeways out to the islet, but until the end of the 19th century it was only accessible at low tide. 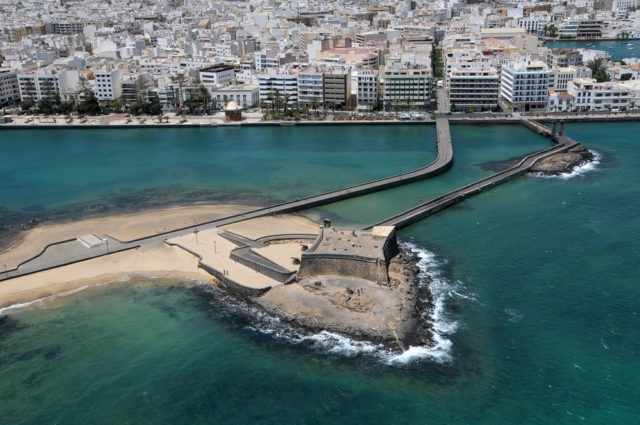 The country’s most impressive examples of coastal fortifications, however, are to be found out on the Canary Islands, nearly each of which has well preserved fortresses. In Las Palmas, capital of Gran Canaria, the Castillo de Mata and the Castillo de San Cristóbal are the best known; the former was part of the Las Palmas city wall and now home to the Museum of the Sea and the City, while the latter is a smaller tower just off the San Cristóbal fishing district which provides a backdrop to some spectacular sunsets.

For their part, the coast of Fuerteventura were defended on many occasions from the Castillo de El Cotillo and of Lanzarote from the Castillo de San Gabriel (above). Over on Tenerife, meanwhile, the most important fortification is the Castillo de San Cristóbal (aka Castillo Negro, Black Castle) which today has its own visitors’ centre and hosts an annual recreation of the “Heroic Deed of July 25”, commemorating an epic victory in 1797 against an invading British navy under Admiral Horatio Nelson.