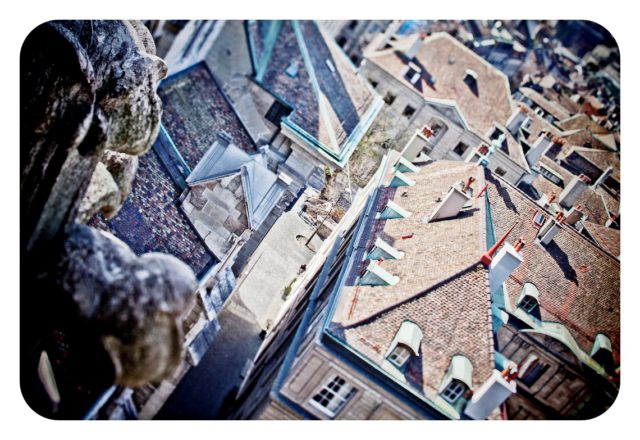 The elegant, cosmopolitan capital of French Switzerland is better known as an HQ and crossroads for business, diplomacy, and the world’s highest concentration of international organisations than as a tourist destination – indeed, it doesn’t make the list of the world’s most visited cities. But I can tell you from personal experience that visiting Geneva with a holiday in mind can be a marvelous – and marvelously creative – experience indeed.

Given that internationalist pedigree, what better place to start than the Palais des Nations, built between 1929 and 1938, with its rows of flags from every corner of the planet (guided tours available). Another icon of the city is its lake, including its dramatic Jet d’Eau, offshore 140 metres (460 feet) into the air offshore.

Beyond these and other classics, Geneva continues to prove its creativity architecturally and artistically in myriad and often award-winning ways. Especially notable since the turn of this century is the rehabilitation of the Rhône River bank, which won the prestigious Wakker Prize in 2000.

A half-hour stroll or 15 minutes by train from MAMCO you’ll find the La Clarté building, one of the most impressive projects of the legendary Swiss architect Le Corbusier; also known as the “glass house”, and located at Rue Adrien-Lachenal 5, this 1930s landmark photogenically gives an impression of simultaneously both solidity and fragility. Another very cool structure, over on Rue Louis-Favre in the lively Grottes neighbourhood, is Les Immeubles des Schtroumpfs (Smurf Buildings), a residential complex built in the mid-1980s inspired by the work of Catalan architect Antoni Gaudí as well as the then blue-hued abodes of the popular cartoon characters the Smurfs.

In short, the old and the new, the cutting edge and the traditional, are all combined in the elegant, increasingly livelyy urban package that is Geneva. A fun, eye-opening, and creative city break indeed…