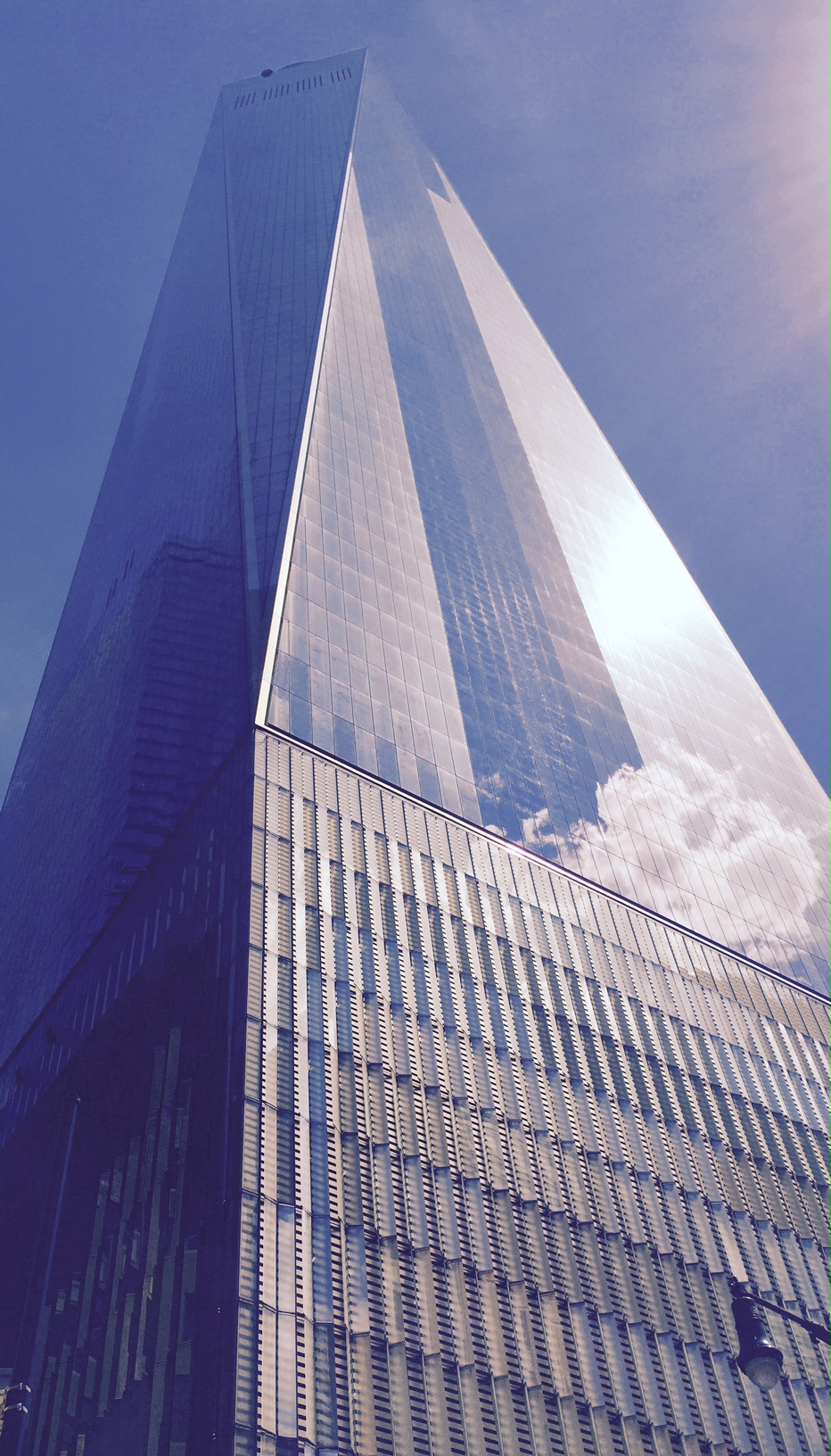 This Sunday of course marks the 15th anniversary of one of the USA’s most traumatic events of the post-World-War-II period: the Islamic terrorist attacks against the World Trade Center and the Pentagon. And it’s the second such anniversary in which the Freedom Tower, the skyscraper that replaced those doomed Twin Towers is open to the public.

I made it a mission to visit this remarkable new skyscraper (whose official name is One World Trade Center) on one of my recent return visits to Manhattan. As someone who witnessed in disbelieving horror the fall of Tower One from the rooftop of my flat that morning, I felt I needed to experience for myself the remarkable structure in lower Manhattan that was built over the course of a difficult decade and opened to the public in November 2014, a breathtaking tribute to memory of the nearly 3,000 victims of those monstrous attacks of September 11, 2001, and the indomitable will to rebuild both physically and emotionally.

And a most fitting tribute it is. After buying tickets pegged to 15-minute intervals (adults $32, seniors $30, kids $26) and passing through security screening, visitors are funneled into a corridor with a moving, floor-to-ceiling video presentation, 14 minutes long, about the workers who built 1 WTC. Then they pass through a tunnel through the famous Manhattan schist bedrock on which the building stands, to reach the bank of five elevators at the other end.

Unlike the elevators of the old towers, this elevator ride is a thrill in and of itself. Whisked up to the 100th-floor observation deck in 47 seconds (smoothly as silk, I might add), we’re treated to a LED-embedded time-lapse illustrating the evolution of the city’s skyline from the 16th century right up to 2014. The ride back down, by the way, is a swooping simulated helicopter ride around the building which ends a little creepily with the vehicle flying into the building for a landing – maybe it’s just me, but a little too evocative of the original airplane strikes for comfort.

At the top, another video – just two minutes long – is a kinetic evocation of Manhattan’s sights and sounds. Well done, to be sure – but the real kicker comes at the end, when the screen is raised to reveal the epic east-facing view from the top that I had not seen laid eyes on since my last WTC visit in 2000. It took me by surprise – and brought tears to my eyes. It felt like triumph over extreme and traumatizing adversity; I don’t know if folks who never lived through 9/11 as New Yorkers feel the same way, but for me the emotional impact was profound (I cry at most Holocaust memorials, too).

The final stop is the observation deck itself, a double-decker space which feels more open, if memory serves, than the original WTC decks, and was busy (though not packed, thanks to the timed tickets) with every size and shape of humanity. In addition to those 360-degree, million-dollar views are several attractions worth mentioning. Kids in particular love the Sky Portal, a large round platform in the middle of the space where you see a real-time video feed of the streets below. And over on the north side, a ring of monitors called City Pulse extols the various attractions and actitivities of the Big Apple, supplemented by spiels by a human “global ambassador” (with a fairly deft and light touch, I must say).

Up the steps is a snack bar, gift shop, and trio of eateries.  Snazzy enough in design, and I cannot comment on the quality of the New American menu, but the reviews I’ve read are not kind – essentially, pricey, uninspired, and nowhere near the standard of the Windows on the World restaurant of yore.  I did get a hot dog that was pretty darn good, though.

Back down in the plaza outside, meanwhile, folks can also visit the remarkable National September 11 Memorial and Museum. I’ve stared several times, by night and day, into the dramatic recessed pools that occupy the footprint of the original Twin Towers. But honestly, I haven’t been able to bring myself to visit the museum just yet. From everything I’ve seen and heard, it’s another triumph, and I must correct that. It will become my next New York City mission.

No, we most certainly will not forget.