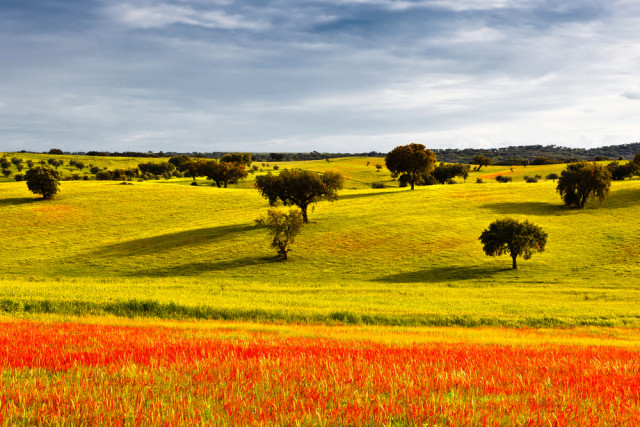 When it comes to the many attractions of Portugal, cities like Lisbon, Porto, and Coimbra, along with regions such as the Algarve, seem to get much of the attention. But down between Lisbon and the Algarve lies a low-slung, low-key region –actually making up some 30 percent of the country’s territory – which combines a coast boasting some of Europe’s best – yet undersung – beaches with a bucolic hinterland of rolling hills and plains, dotted with farmland and cork forests as well as charming villages and towns.

The Alentejo’s capital, Évora (about an hour and a half from Lisbon) is part of that hinterland – and a bit unusual, as well, as its not on any signficant river or lake. Nonetheless, as a trade entrepôt and religious centre whose history stretches two millennia back to the Celts, this city of 57,000 is a historical, architectural, and cultural gem – in fact, a UNESCO World Heritage Site – all of which has left a rich legacy that can keep visitors busy for days. The anicent Roman temple (below) is one of its highlights, and both within and without its doughty mediaeval walls there’s a wealth of buildings and art from the Middle Ages onward.

Other inland cities especially worth a visit in the region include Elvas, out east of Évora close to the border with Spain. This hilltop city of 23,000 boasts at its core a fortified town dating from the 15th century which is also a World Heritage Site; highlights include an impressive castle, a massive aqueduct, a contemporary art museum, and of course those massive town walls. Located between Elvas and Évora and considerably smaller than either, Estremoz has a similarly long history, and in additional to another fine castle and a cool arts scene is especially known for marble production (the world’s highest after Carrara, Italy). 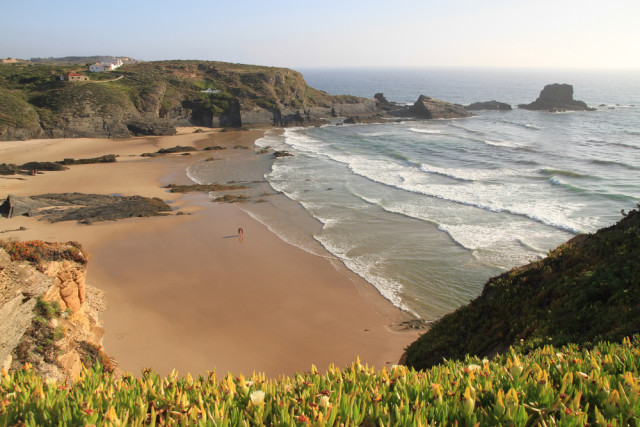 Of course, what brings many to Alentejo as to the rest of southern Portugal is its lovely coast and beaches – including some which are blessedly uncrowded even during the height of summer. It starts across from Setúbal with the Tróia Peninsula in Grândola municipality, with spectacular sands such as Tróia Galé (plus the fascinating ruins of an ancient Roman town devoted to fish-salting, including houses, thermal baths, and a necropolis); other marvelous Grândola beaches include Comporta, Carvalhal, and Melides.

Below them is Sines, the coast’s largest city (pop. 19,000), which though it has some amount of industry these days also boast an old town, along with lovely beaches like São Torpes and secluded Samoqueira. Continuing southward, Odemira has expansive Almograve (aka Praia Grande), Furnas, and Zambujeira do Mar (above, site of the Sudeoeste Festival en the first week of every August, perhaps the biggest annual deal in the region). The southernmost stretch of the Alentejo coast is taken up by the Southwest Alentejo and Coast Natural Park, with a suitably pristine string of strands.