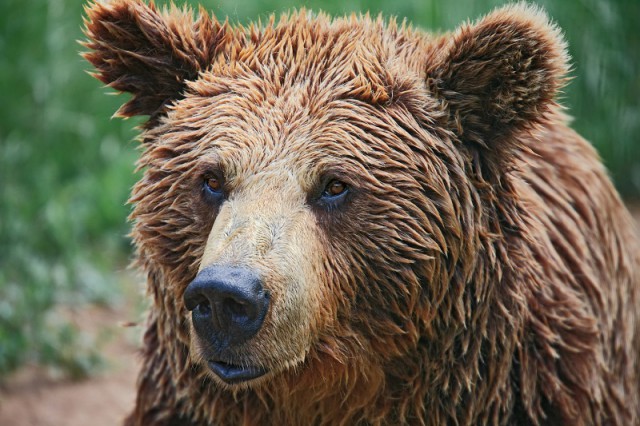 Though a developed, industrialised country, Spain remains full of natural, wild landscapes – and one of the most impressive concentrations of nature lies in its green north, and especially the region of Asturias. For example, its 10,600 square kilometres (4,090 square miles) include no fewer than six biosphere reserves – more than a third of the protected territory – and Greenpeace reports that of this country’s autonomous communities, Asturias has been the most effective at preserving its coasts and wild places against overdevelopment. It’s no wonder that the tourism folks here have been happy to use “Natural Paradise” as their slogan for more than 30 years.

The region’s various natural parks, reserves, landscapes, and natural landmarks provide refuge for an amazing variety of flora and fauna – including endangered wildlife such as the Cantabrian black bear. These animals have lived in the Cantabrian Mountains since prehistory, but have been in danger of extinction for many years now. After much effort to protect, conserve, and even improve their habitats –  along with a campaign to promote a positive, nonthreatening image for the bears among locals – their reproduction rate is significant, especially in Asturias’ southwest, and it is now easier to spot them in the wild.

And if the notion of coming to spot this elusive woodland species is of interest to you, take note for the coming year: springtime is the best time. It’s between April and June, when the females of the species emerge from winter hibernation – often with their cubs – and go into heat, that you’ll find groups of visitors out here in the parks waiting to spot them. While adults tend to be more active beginning around twilight, the cubs are active throughout the day – and spotting these little guys energetically running, jumping, tumbling, and climbing in the forest is one of the most adorable and gratifying things you’ll ever see in your life.

The best places to go observe the bears are where there are the greatest breeding populations at present, around the towns of Fuentes del Nárcea, Somiedo, and Camín Real de la Mesa.

Furthermore, the bears are far from the only species you can spot in this natural paradise. Three quarters of all land and aquatic animal species in Spain can be found here in Asturias, some of the most typical of which include wolves, deer, eagles, wood grouse, bearded vultures, river rats, antelope-like chamois, whales, and salmon.

Of these, the Iberian wolf is perhaps the most elusive. This predator has since time immemorial been hunted and viewed with mixed emotions by humans – hatred and fear mixed in some cases with a measure of admiration.

Spotting this great canid – or at least hearing the startling howls back and forth between them when the females are in heat, are an authentic and exciting experience that visitors can delight in by visiting the territory roamed by a species which surprisingly is seeing its numbers grow.

You’ll find it much easier to spot creatures such as the deer and wood grouse which freely roam the Cantabrian Mountains. And come September and October, when their own females are in heat, visitors are treated to some of Nature’s finest music in the wilderness around Aller, Ponga, Redes, Somiedo, Teverga and Nava. Did you know that deer can bellow? It’s quite something to experience – and together with the scenery of these green hills and mountains, it’s more than enough reason to plan a fall sojourn.

We round out the list with 25 species of cetaceans and 385 of birds (between migratory and resident), which together with the other gems Asturias has to offer, such as its cuisine and its distinctive folk culture – will make your visit unique and unforgettable.

Best fares to Asturias from the UK, from the USA.