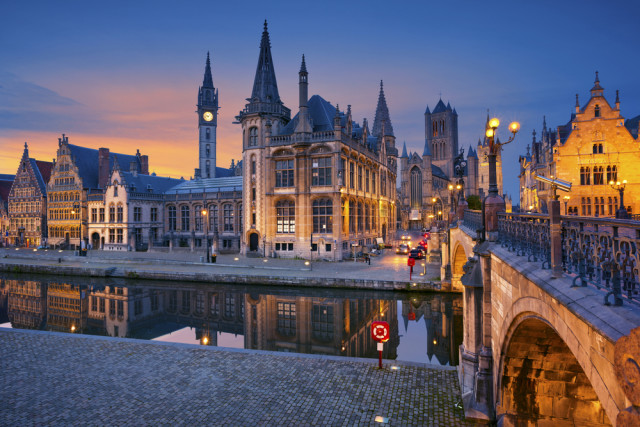 Now, which do you suppose are Belgium’s first and second largest cities? If you said Brussels, then Antwerp, that’s a respectable guess. But the answer is Antwerp, then Ghent, the highly atmospheric capital of East Flanders.

The first I think I ever heard of this city was many years ago via the 1845 Robert Browning poem I learnt as a schoolboy, “How They Brought the Good News from Ghent to Aix”. This rousing, even breathless rendition of a heroic long-distance ride to report some momentous but unnamed event. The city was also never even described, yet it became firmly fixed in my mind as a place of historic heft – and when I finally visited for the first time years later, I wasn’t disappointed.

Growing from of a pair of abbeys founded around 650 AD at the confluence of the Scheldt and Lys rivers, Ghent became one of Europe’s largest cities and a merchantile power whose wool industry created essentially the world’s first industrialised zone. After various booms and busts, the good news is that Ghent today is still a shipping, industrial, and scientific research power, yet retains an enormous amount of architecture and historic sites from its mediaeval salad days; its historical centre, much of it designated a UNESCO World Heritage Site, is the largest car-free zone in Belgium.

The quintessential postcard shot of the old town for many is the Graslei (Herb Wharf, top), is a row of canal houses on the River Lys once home to guilds and mercantile enterprises, now places where locals and visitors alike sit at outdoor cafés soaking up the atmosphere along with some good Belgian beer or coffee. 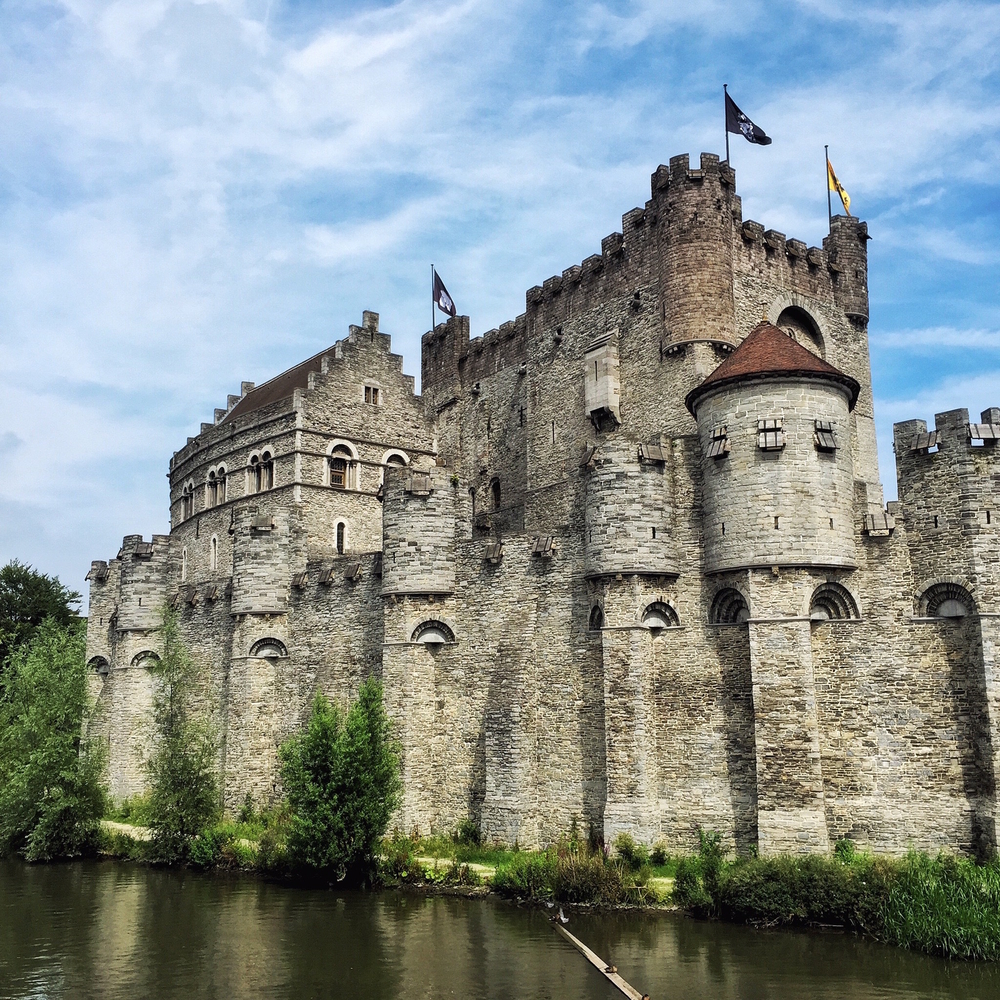 And amid this Brothers Grimm-style mediaeval cityscape, there are of course plenty of sights to see. One of my favourites is the 12th-century Gravensteen Castle, once the seat of the former counts of Flanders – with its doughty grey crenellated walls, stepped gables, round towers, and moat the very model of a mediaeval fortification. The restored edifice can be visited, and among other things houses a museum of torture instruments (Flemish flaying, anyone?).

The flamboyant Gothic/Renaissance Stadhuis (city hall) on the Botermarkt square is also visitable, via guided tour, and folks can also go into the iconic 14th-century Belfort (Belfry) on another historic nearby plaza, the Sint-Baafsplein; its highlight is great 360-degree views out over the old quarter. And especially if you’re a foodie, head to Groentenmarkt to browse the 15th-century Groot Vleeshuis (Great Butchers’ Hall), an impressive red-brick meat market where you can browse and sample all kinds of tasty Flemish delicacies, from beer and chocolate to biscuits and hams.

From secular to religious, perhaps Old Ghent’s other single most prominent landmark would be Sint-Baafs (St. Bavo) Cathedral, with 10th-century Romanesque origins but mostly Gothic in appearance thanks to later expansions. Lots of elaborate stone and marble inside, but the most prominent bit is the dozen-panel Ghent Altarpiece, created in the 15th century by Jan van Eyck and his elder brother Hubert. Other churches are of course thick on the ground in the Old Town, as well (13th-century St. Nicholas/Sint-Niklaaskerk and 12th-century St. Michael’s/Sint-Michielskerk being among the more prominent); another interesting feature is the presence of three mediaeval beguinages (religious laywomen’s communities which were somewhat common in the Low Countries, especially Belgium, back in the day). All truly an atmospheric trip back in time. 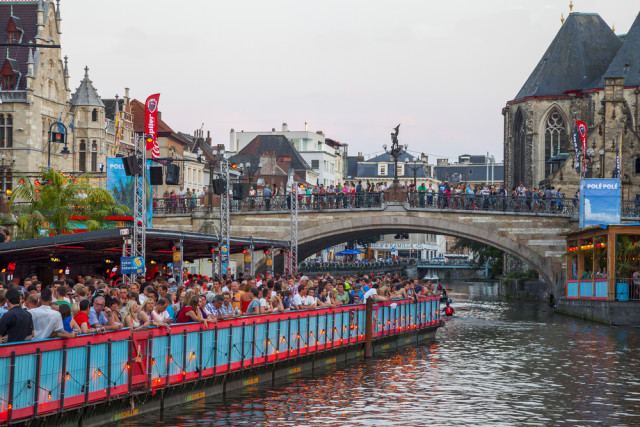 Then, of course, there are the museums. If you’re into the old Flemish masters, hie thee directly to the Museum voor Schone Kunsten (Museum of Fine Arts), whose stars include Hieronymus Bosch and Peter Paul Rubens. There are also a number of modern art museums like the City Museum for Contemporary Art (SMAK) and the Design Museum Gent. History is covered by the Stadsmuseum (STAM), focussing on the city and region, and the Museum of Industrial Archaology (MIAT), set in a 19th-century weaving mill and exploring Ghent’s groundbreaking industrial past.

An especially fun time to visit is – right now, actually, because today kicks off the city’s main annual festivities, the Gentse Feesten, a ten-day street party attended by some two million people which sprawls across most of the historic quarter. Besides plenty of drunken carousing, there’s also plenty of culture, with organised and spontaneous performances of jazz, world music, comedy, puppet shows, street theatre, electronica, and choral music. So let the goede tijden roll!

Best fares to Belgium from the USA, from Spain.