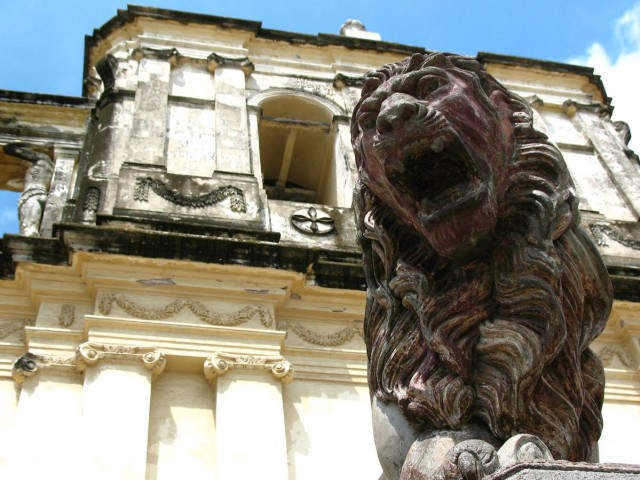 When it comes to Central America’s largest country, the city that tends to get most of the attention is Granada. But in many ways I find its traditional – and less tarted up for tourists/expats – rival Santiago de los Caballeros de León, even more fascinating, beginning with the fact that despite its somewhat lower contemporary profile among foreigners, Nicaragua’s second largest city (after capital Managua) is actually is actually home to the country’s oldest history, and indeed has always been considered its intellectual, cultural, and even emotional capital.

Located just several kilometres in from the Pacific coast – a 90-minute drive northwest of Managua and some 2½ hours from Granada – much of León’s appeal is in fact similar to Granada’s, in the sense that it’s packed with wonderful colonial-era churches, civic buildings, townhouses, and monuments.

The obvious place to start is the central square, the Plaza Mayor, presided over by the Baroque-style Catedral de la Asunción de María (Mary’s Assumption Cathedral), finished in the early 19th century and burial place of a number of prominent Nicaraguans, including its best known literary figure, Rubén Dario; you can get some sweet city and volcano views from the rooftop here. Another particularly notable church of the many here of the many churches here, by virtue of being the oldest, is San Francisco, built in 1639, with some wonderful plateresque interior details and an especially lovely cloister. 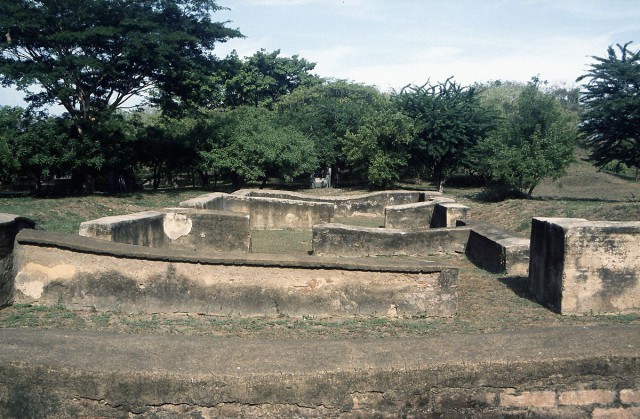 Across the Plaza Mayor from the cathedral is the Museum of the Revolution, a fairly homespun collection of exhibits and memorabilia relating to the history surrounding the overthrow of the ruling Somoza dynasty in 1979 by the Sandinista rebels, who have been the ruling party almost in all the years since. León played a pivotal role in those events, and even though the way the revolution has turned out all these years later has disappointed most, a visit here will help you understand the history that has shaped Nicaragua since the 1950s.

Other museums include the Museo Rubén Dario, in a pair of houses on Avenida Central down from the cathedral, and including a pretty good little collection of traditional and contemporary art; the Museum of Traditions and Legends (once an infamous prison and torture centre); and the Casa Salud DeBayle, a lovely restored colonial house now containing locally discovered pre-Columbian artifacts.

Atmospheric as León is, two of the most fascinating area attractions lie outside the city. First, about a half hour east, is León Viejo (above), the ruins of the first attempt to found the city, in 1524. This town was abandoned after a 1610 earthquake, when everyone relocated to the site of the current city. These days, this UNESCO World Heritage Site does give you some truly fascinating insight into the life, times, and architecture of the earliest period of Spanish colonisation. 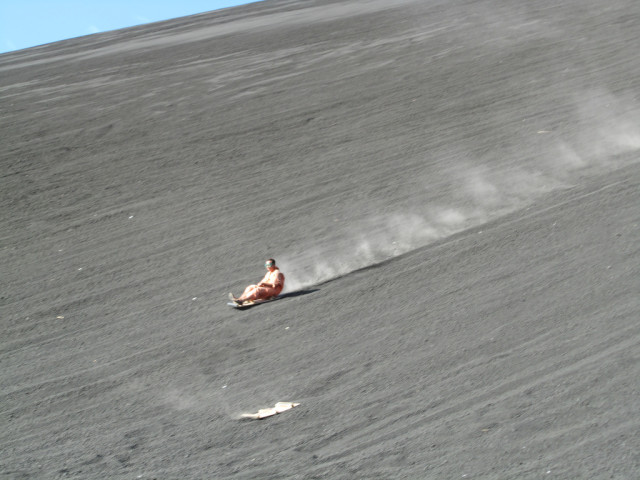 Second is Cerro Negro, one of the prominent volcanoes which are a particular Nicaragua claim to fame. “Black Hill”, about a half hour’s drive out of town, has another special claim to fame, because though it’s just 400 metres (1,312 feet) high, the gravelly volcanic sand on one side makes a great place to board down. Yes, several local outfitters (such as Leon’s Bigfoot Hostel, www.bigfootnicaragua.com, Va Pues Tours www.vapues.com and Tierra Tours www.tierratour.com; $28 or $30) will drive you out, get you up top (takes about an hour to hike up – steepish in spots but not too strenuous if you’re in decent shape), and get you back down on a wooden board (I find that sitting is a both faster and more easily controllable experience than standing, so ask before you book).

Finally, if you want to head out to the coast for some sun ’n’ surf action, head 20 to 30 minutes out to the little fishing villages of Las Peñitas and Poneloya, where the waves are just grand, the sands are uncrowded, and there’s a cool little beach life. A truly great balance to a culture and adventure visit to historic León…

Best fares to Nicaragua from the U.K., from Spain.