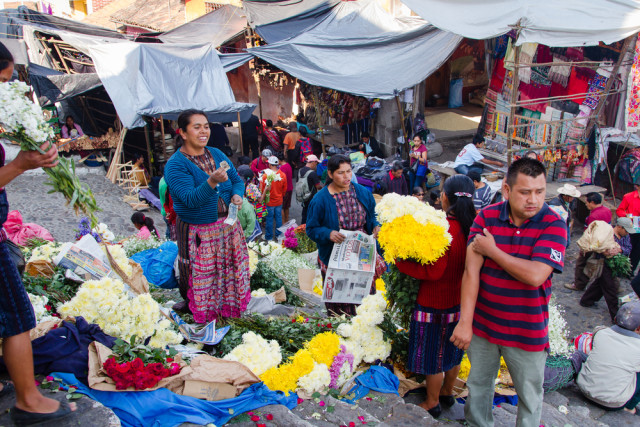 The city of Chichicastenango is in the hills just over two hours from Guatemala City, but truly feels a world away. If the capital has evolved into a modern metropolis, here the Mayan legacy, zealously kept by the local Quiché nation, remains central, giving visitors a vivid window into a culture stretching far back before the arrival of the Spanish conquistadors in 1519.

Visitors flock to “Chichi” (the full name means “place of the nettles” – and curiously isn’t even a Mayan word, as it was taken from the way it was referred to by the Spaniards’ forces’ Mexican contingent in their native Nahuatl) for its bustling, colourful market, which trades every Thursday and Sunday. The market forms its own little world full of brilliant colours, exotic aromas, and sounds, fabrics, souvenirs, and craftwork – all sold by Quiché Mayans, often attired in traditional dress. Even if you don’t want to, you may well find yourself bargaining for all sorts of cool stuff you’ll come across. 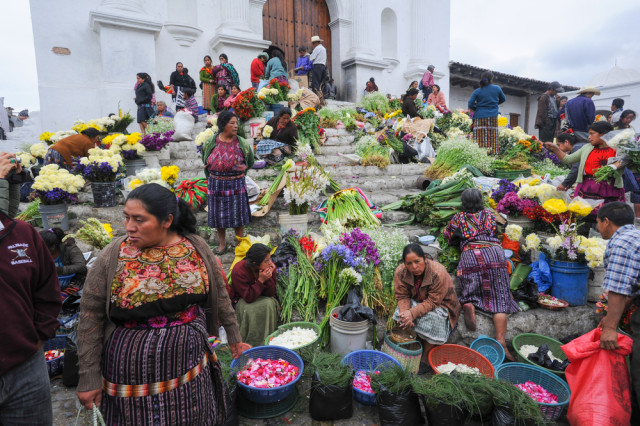 Just up against a corner of the market, you’ll come to the whitewashed Church of Santo Tomás, simple both inside and out. Though nominally Roman Catholic, this is also the main local Mayan ceremonial centre, an example of religious syncretism (blending) that was the result of Spain’s forcing the Mayans to convert, while keeping their traditional beliefs under wraps for centuries. It’s located at the top of stone steps usually packed with traders selling plants and herbs used in ceremonies inside the church (if you count the number of steps as you go up to the church, you’ll notice that there are 18; they represent the 18 months of the Mayan calendar year). The constant smoke from the incense lends this whole area a mystical atmosphere. (Before you enter, by the way, you’ll see some clearly visible signs for prohibiting the use of photo cameras inside the building, and even more so for the ceremonies which take place inside the church, but many people seem to ignore the signs.)

It’s here in Chichicastengango, by the way, where in the early 18th century Franciscan friar Domenico Ximenez saved and translated one of the Mayans’ central sacred texts, the Popol Vuh, recounting the origin of humanity – so providing an invaluable insight into Mayan culture. And we are thankful, too, that Chichi has survived as the place where you can best bear witness to this culture as it is lived in the 21st century.

Best fares to Guatemala from the U.K., from Spain.