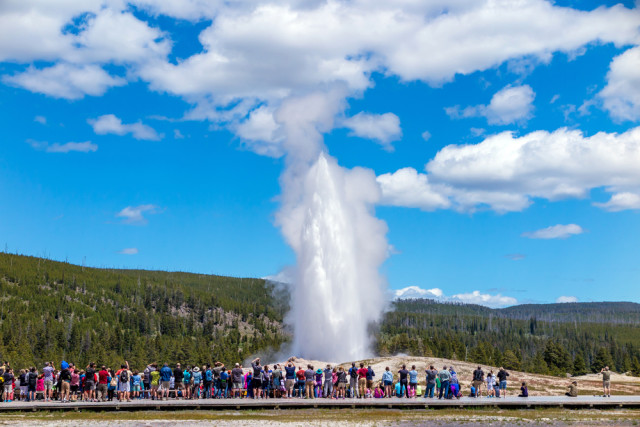 Many if not most countries of the world, of course, set aside choice pieces of territory to protect and often showcase precious natural environments. But thanks to its size and a conservationist ethos dating back to the mid-19th century, few countries offer the number and diversity of natural parks – state and national – as the United States of America, from “sea to shining sea”, as its national anthem poetically puts it. And its 400 national parks are particularly spectacular for all sorts of different reasons.

Furthermore, this coming month begins what Americans call “drive season” of family road trips. If you’re still looking for an extraordinary travel experience this summer, have a look at the 10 stars below, in alphabetical order; keep in mind that limiting this list to ten is very tough indeed, meaning that other glorious parks you’ll have to browse here; what I’ve tried to do with this list is curate for a diversity of geography, experiences and landscapes. If you feel I’ve been remiss in overlooking one, please let us know in comments below!

(And by the way, if you can make it here in August, the U.S. National Park Service is marking the 100th anniversary of its establishment by waiving fees at the 127 parks which charge them, on August 25 through 28, the NPS’ actual birthday week; other freebie dates this year are September 24 and November 11.) 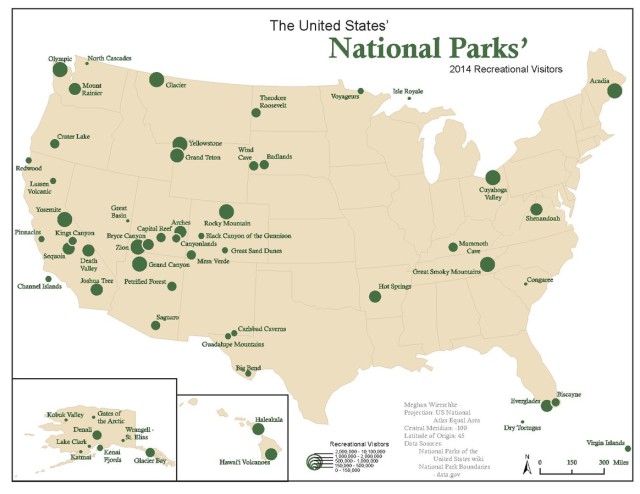 Some of the most striking landscapes of the arid western state of Utah are its “red-rock country”, and this park in far southern Utah – four hours’ drive from state capital Salt Lake City as well as Las Vegas, Nevada – is a spectacular showcase for it. Particularly cool are the unique towering pillars called “hoodoos”, sometimes the height of skyscrapers. You can drive, hike (eight trails from easy to challenging), or ride horseback.

I’ve included this one because in addition to the beauty of its desert landscapes, this UNESCO World Heritage Site in northwestern New Mexico also includes more than 4,000 archaeological sites of the Pueblo people dating back to the 9th century, including fascinating adobe ruins. As a bonus, its distance from large cities (three hours from Santa Fe and Albuquerque) makes it incredible for stargazing; there are organised programs, and Chaco is now even certified as an International Dark Sky Park.

There’s nothing else in the country like this “River of Grass” in my own South Florida backyard – a seemingly endless expanse of wetlands, lakes, and dry “hammocks” (small wooded islands), reachable in about an hour from Miami or Fort Lauderdale. You can explore a variety of locales here via hiking/biking trails, canoe/kayak, and high-speed airboat, and you’ll spot crocodiles and perhaps manatees (though unlikely the more elusive Florida panther), along with a host of exotic bird life. The Miccosukee tribe also has a reservation out here, and members operate cultural centres as well as tours and attractions. (Go in winter, when you won’t be eaten alive by the most fearsome wildlife of all – mosquitos.)

Just as the name says, in addition to the majestic mountains, lush forests, and shimmering lakes in this northwest Montana expanse (one of the nearest major cities is Helena, 3½ hours away), the stars here are some two dozen glaciers, of which Grinnell Glacier is the most notable. And this is especially one to bucket-list, because due to climate change, sadly these glaciers are shrinking, and even worse, are expected to totally disappear by 2030 – come see them before they do. 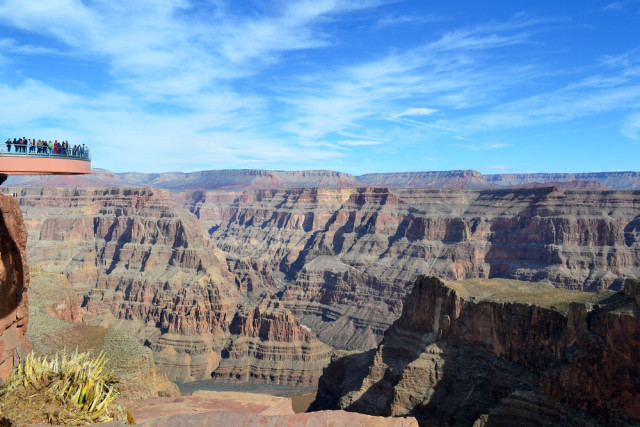 This of course is the one that’s truly a household name around the world. Another of today’s Seven Natural Wonders of the World, it’s 6.5 to 29 kilometres (4-18 miles) wide and up to 1,860 metres (nearly 6,100 feet) deep, with the Colorado River running 445 km (277 miles) through it. Most people take it all in from the edges (including some from the transparent glass Skywalk hanging over the edge), while some hike or take a guided mule ride down, and still others opt for a whitewater rafting excursion. Absolutely unforgettable, any way you do it. An hour 15 minutes from Flagstaff, 3 hours 15 minutes from Phoenix.

Part of the Appalachian Mountains and straddling the border between two states, the USA’s most visited national park is a hiker’s heaven (including a good stretch of the the famous Appalachian Trail), and called “smoky” because parts are picturesquely swathed in fog. Furthermore, amid its forested ridges and vales, you can also get a taste of homespun historical Americana at five areas settled by 19th-century pioneers – some 80 buildings in all. Entrances are located at Gatlinburg, Tennessee and Cherokee, North Carolina.

Near Hilo on the southeast shore of the Big Island, this is another one-of-a-kind park (below) thanks to the presence of the worlds most massive volcano, Mauna Loa, 4,170 metres (13,680 feet) high, as well as its most active, Kilauea. And sure enough, you want lava flows and shows? They’re all over the place, and always in flux. Viewing can be done on foot, driving through, by boat, and (perhaps especially impressively) via helicopter. You can even overnight at a small hotel on Kilauea’s rim. May the goddess Pele be with you… 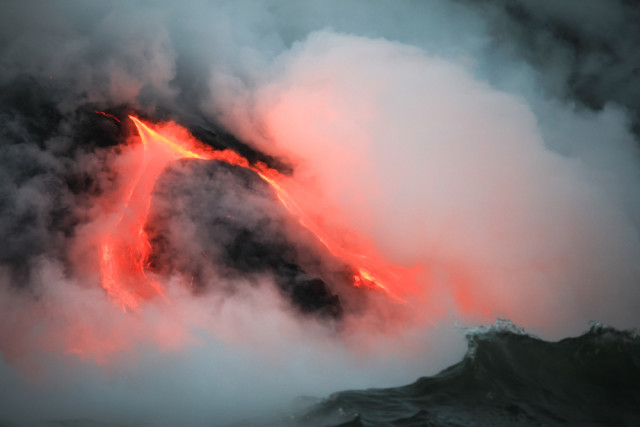 Time to go down under, into the planet’s longest cave system, its phantasmagoric underground passages snaking hundreds of kilometres from the starting point near Brownsville, KY (near Bowling Green and 90 minutes from the state’s largest city, Louisville). You can experience these dramatic caves’ wonders (including their resident bats) via guided tours of varying durations, and choose either the easy-peasy walkways and stairs or longer/tougher tours that involve climbing and navigating the “wilder”, undeveloped stretches (gulp).

The world’s first national park remains one of the USA’s highest-profile, thanks not just to its wildlife spotting (including bison, elk, and grizzly bears) and lovely landscapes of forests, meadows, mountains, lakes, and rivers, but its geothermal features such as hot lakes, boiling mud pools, and geysers like the famous Old Faithful (top, as well as the world’s largest, Steamboat Geyser, all powered by a subterranean “supervolcano”). Super skiing in winter, too. An hour from the city of Cody, an hour 15 minutes from Jackson Hole, 6½ hours from state capital Cheyenne.

Part of the Sierra Nevada Mountains some three hours east of San Francisco, another of the USA’s oldest (126 years), grandest, and most iconic national parks is also a UNESCO World Heritage Site. It offers some of the most majestic scenery we associate with the USA’s mountain west, including jawdropping waterfalls and towering granite cliffs such as El Capitan – which of course in recent years have been in the spotlight as a hotbed of the rock climbing craze of the last few years.