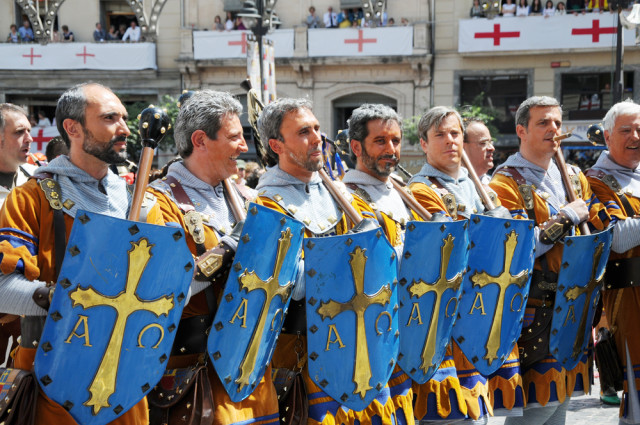 One of the key episodes of history that distinguishes Spain from the rest of Europe was the seven centuries most of the Iberian Peninsula spent under the rule of the Moors – invading Muslims from North Africa who gradually took over beginning in the early 8th century; created an extensive and distinguished culture that in some ways was Europe’s most advanced of the era; and were finally expelled in 1492 by the armies of Castile and Aragon under King Ferdinand and Queen Isabella.
Times are fortunately less tumultuous these days in Spain, and the animosities and rivalries have been softened by the passage of time. In fact, the history and legacy of the Moors have become widely celebrated in this country, especially in areas such as Andalusia, where the civilisation of Al-Andalus took root longest and deepest, and left the most significant monuments.

Furthermore, a number of communities take it a even step further, in the form of enthusiastic annual re-enactments and commemorations. This is true in some corners of Andalusia (especially Granada) but even more so up in the Valencian Community (composed of the provinces of Valencia, Alacant aka Alicante, and Castelló (Castellón in Spanish), a proud onetime kingdom whose language Valencià is very close to Catalan. 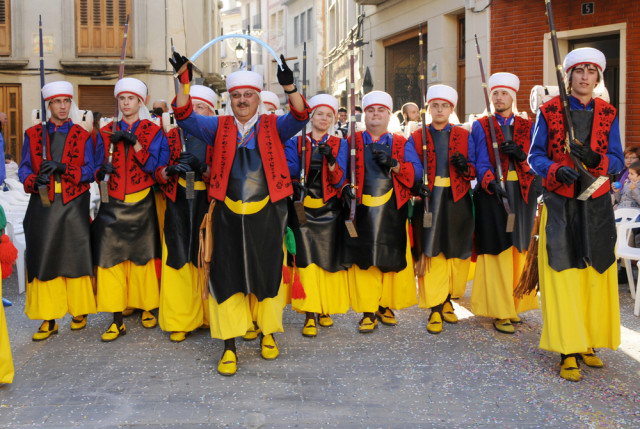 One such festival of Moros y Cristianos (Moors and Christians) that’s especially well known and well done is that of Alcoi (spelled Alcoy in Spanish; pop. 62,000), about an hour’s drive inland from Alicante city.  This is apparently quite the party town – known, for example, for the world’s oldest Three Kings Parade, celebrating the Three Wise Men of the biblical nativity story every January 6. And another highlight of the year occurs around April 23, St. George’s Day (the city’s patron saint, here called Sant Jordi), which harks back to the town’s very origins. 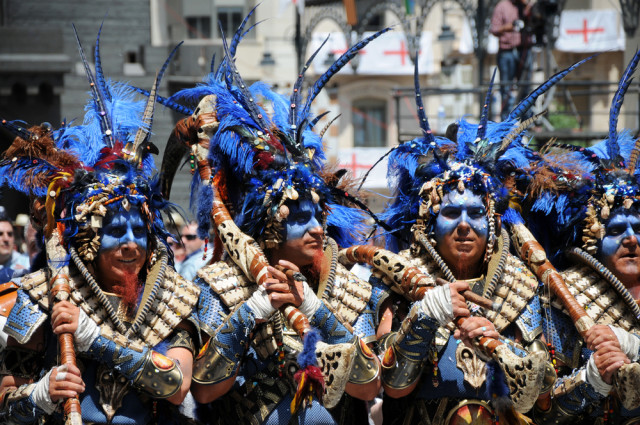 Alcoi, you see, was ordered built in 1256 by King Jaime I of Aragon to bolster the southern frontier of Christian-held territory against what was still at that time Moorish territory. And one of the inevitable clashes that arose between the two sides went down in history as the Battle of Alcoy, fought in 1276 against the forces of the Moorish commander Al-Azraq. And as legend had it, Sant Jordi miraculously appeared over the battlefield, scattering the Moors in terror. 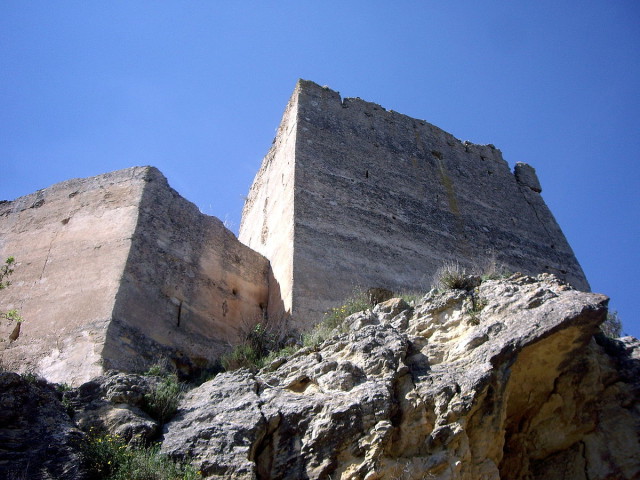 Thus today once again the good townspeople of Alcoi kick off a tradition they’ve upheld since the 16th century – a festival (now a long weekend) of processions, pageantry, and re-enactments including a spectacular mock battle. The streets of the historic city centre are decked out in mediaeval banners, pennants, and other regalia, as some 5,000 locals make up ‘Moorish’ and ‘Christian’ contingents marching through the district in period garb (some striving for a modicum of authenticity, others leaning more toward the flamboyantly carnivalesque). Other highlights include a “meeting of envoys” in the local Barxell Castle, an atmospheric bit of business also dating back to the 13th century, and of course the final “battle”, punctuated by the booms of thousands of kilos of gunpowder.

There’s also plenty more cool stuff to see and do in Alcoi, of course. Check out the video below or get more information in English: AlcoyTurismo.com.

Best Iberia fares to Alicante from the U.K., from the USA.