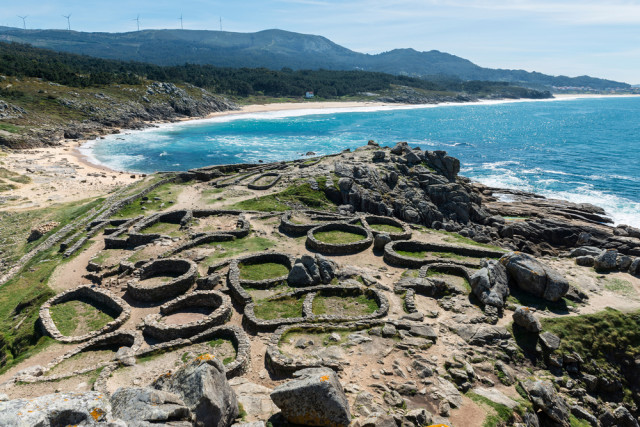 If everyone’s a little Irish today on St. Patrick’s Day, you could maybe also say that everyone’s a little Spanish, too. That’s because the culture that has made Ireland as well as Scotland and Wales what they are came didn’t originate there, but in Bronze Age Central Europe in the second millennium BC – and recent genetic studies have confirmed that the migrations of the Celtic tribes led them first to the Iberian Peninsula, centuries before some headed back north to the British Isles.

It was so far back in the mists of time that the main areas of Celtic Spain – in its centre, west, and especially north – don’t have the kind of remains that, for example, the Roman Empire left centuries later. But what little they do have, mostly in northwestern Galicia and some in next-door Asturias, makes for fascinating visits indeed – and the Celtic traces in the living local cultures are even more apparent. 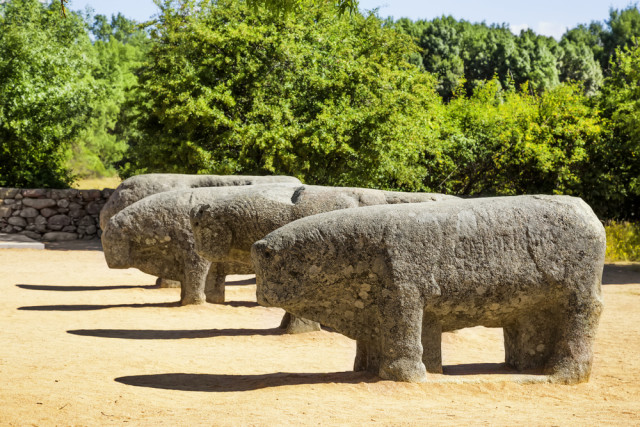 The notoriously warlike and hierarchical Celts (as reported by the Romans who later went against them in battle) established themselves especially across the north of Spain but also penetrated farther down, to areas such as today’s Aragón and Castile, including Soria, Burgos, and La Rioja. In many cases they mixed with the Iberian peoples who had already been there since the Neolithic, creating distinct societies that came to be known as Celtiberians.

Their religion was based on forces of nature, such as the cult of the moon, sun, earth, and fertility, and altars to all have been found by archaeologists. Celtiberian funerary rites were particularly interesting, including cremation and burial with troves of metal objects, especially arms and decorative items, and they created necropolises as sacred zones sometimes containing thousands of tombs. 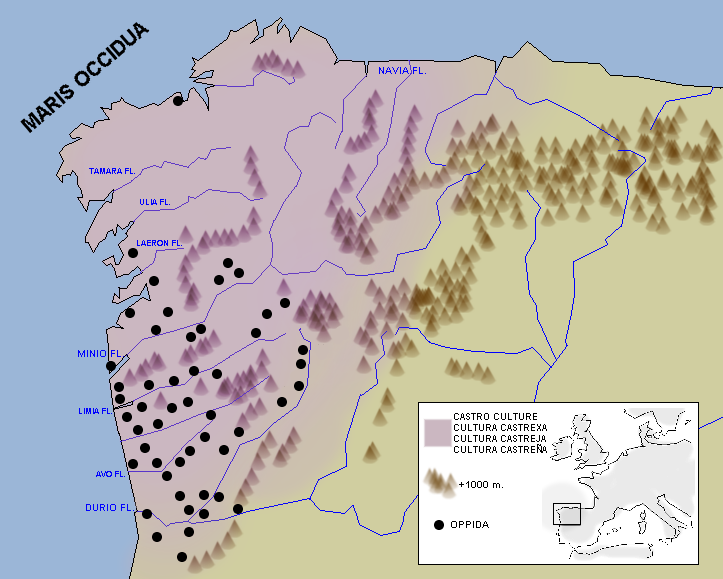 Some of these necropolises, as well as entire towns for the living, can be seen in the hills and mountains of the north, a centre of what is termed castro culture (castros and oppida being forts, and towns called citânias); fortifications took maximum advantage of natural topography and formations in creating defenses against incursions. The thatched stone dwellings were generally round because the Celtiberians believed that absence of corners kept away evil spirits (you can more recent examples of these in towns like O Cebreiro, Galicia). Many of them are located near or on the sea, adding extra drama to the surrounding panoramas.

Some of the most notable sites of castro culture which can be visited include:

Castro de Baroña, A Coruña – Built on a peninsula next to the sea, still preserving the remnants of some 20 dwellings.

Castro de Coaña, Asturias – In western Asturias, more than 80 houses, with an acropolis, all interconnected with streets.

Castro de Santa Tecla, Pontevedra – Quite extensive, with well preserved ruins and even a pair of reconstructed dwellings.

Castro de Viladonga, Lugo – Various walls, wells, and dwellings, as well as an acropolis and two main streets. There’s also a museum which displays artifacts and puts it all into context. 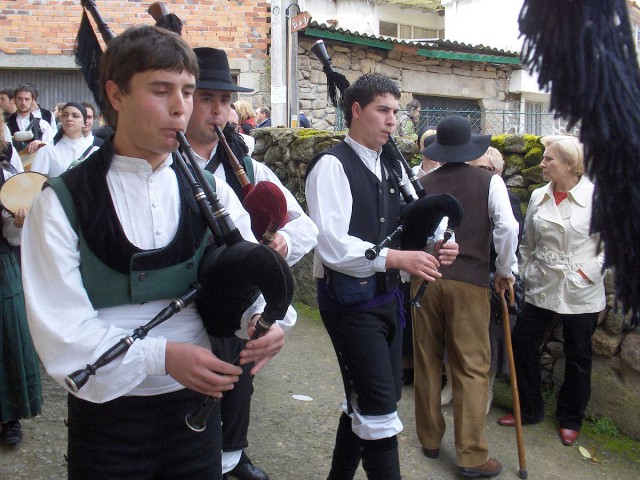 They also left us quite a few invaluable artifacts – coins, sculptures, weapons, and artesanal items – with special mention to pottery and to body adornments such as fine bracelets, brooches, and necklaces of particular import for religious rituals. Also striking and significant: verracos, sculptures of bulls meant to protect cattle; the best preserved example of these is the Toros de Guisando (above), in the New Castile province of Ávila, dating from the 2nd century BC.

And finally, Celtic culture still lives on in some customs and art forms of Spain’s north. The best example may be music, especially that featuring the gaita (bagpipe), a traditional Asturian and Galician instrument; listen to some traditional music from this part of Spain, and you hear Ireland and Scotland; sometimes the music is accompanied by jigs like something out of the Highlands (Celtic folk music and pop are popular genres in this part of the country, as evidenced by the video below). Another interesting quirk of Galicia with likely Celtic roots is the tradition of meigas (witches) and bruxos (sorcerers).