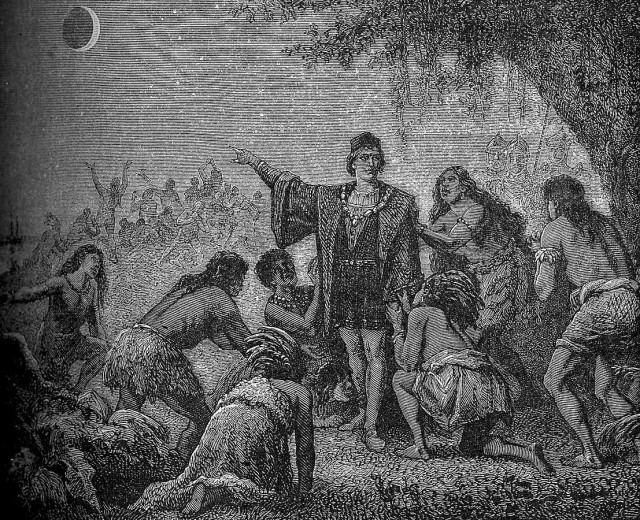 Today, the Leap Year Day February 29, is unusual enough that it merits an unusual tale, the 514th anniversary of which happens to fall tomorrow. Often lost in the grand saga of the conquest and colonisation of the Western Hemisphere by Spain and Portugal is a curious incident which almost doomed Christopher Columbus’ third expedition to the Americas – and would’ve set back the Spanish conquest in incalculable ways.

After leaving Cádiz, Spain on May 11, 1502, Chris and a disgruntled crew had made it to the Antilles by June 1503 when they noticed that shipworms (actually a breed of clams) had bored into two of the ships’ hulls and was causing them to fall disintegrate. Scuttling those two, the gang had to beach the two remaining caravels on the north coast of what is now Jamaica and survive until rescue. Islanders welcomed them brought them food, but after six months they cut it off because of repeated cheating, trickery, and thievery by the Spaniards.

Desperate to get supplies started again, Columbus noticed in consulting an almanac that a lunar eclipse was coming up on March 1, 1502, and hit upon the plan. He asked for a meeting with the local cacique (chief), and told him his god was angry with the locals’ refusal to continue supplies, and to show it would render the moon “inflamed with wrath”. 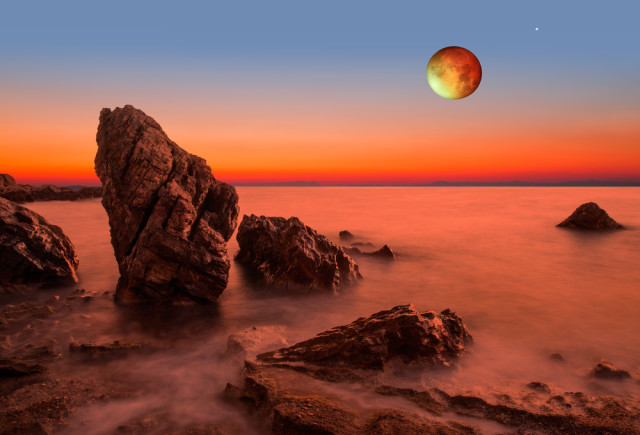 When the eclipse occurred on schedule, the islanders were so terrified that, according to a later account by Columbus’ son Ferdinand,

…with great howling and lamentation they came running from every direction to the ships, laden with provisions, praying the Admiral to intercede by all means with God on their behalf; that he might not visit his wrath upon them…

Columbus then withdrew to his cabin, pretending to pray, and when less than an hour later the moon went back to normal, told the Indians his god has magnanimously forgiven them.

Ah, well played, Chris – an especially clever and fortuitous example of the deception and bad faith which won much of the “New World” for Spain.