For literature fans, the City of Light is especially a beacon – and not just for French authors, but also those writing in English, Spanish, Russian, Arabic, and various other languages. And from booksellers to literary neighbourhoods, lit buffs can make like the flâneurs of yore and be inspired by the streets and sights of Paris that have so enriched our world culture.

Paris is a city of memorable neighbourhoods, and in literary terms, the top of the list has to be Saint-Germain-des-Prés on the Left Bank, which includes many of the favourite eateries and watering holes of writers and intellectuals (see below for details), along with the bouquinistes (below), booksellers along the sidewalks along the River Seine.

Continuing along the river, you get to the Quartier Latin (Latin Quarter), whose bohemian streets and haunts were favoured by the likes of James Joyce, George Orwell, and Ernest Hemingway, who in A Moveable Feast recounted  his life in the cafés, where he used to go to write and (of course) drink wine. 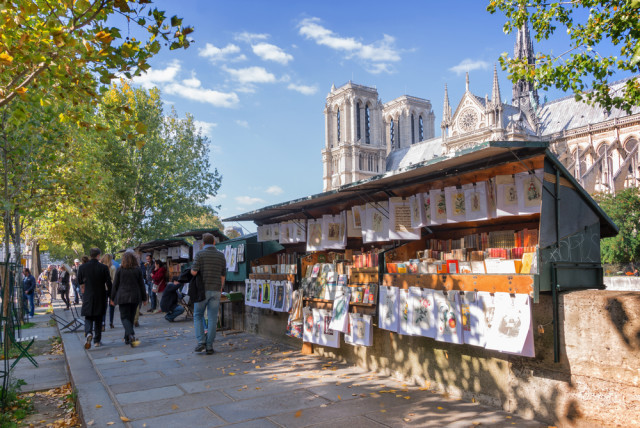 Bookshops are sadly an increasingly dying breed, but a select few remain as beacons of culture, and an even more select few remain internationally famous. At or near the top of the list is Shakespeare & Company, founded on the Left Bank’s Rue de la Bûcherie in 1951 and named after a famous predecessor. A magnet for expatriate and visiting writers, especially from the USA, such as James Baldwin, William Burroughs, Allen Ginsberg, Henry Miller, Anaïs Nin, William Saroyan, and Richard Wright, today it’s presided over by the founder’s daughter Syvia Whitman, and is still a cultural magnet with readings and various other events.

Graves of the Greats

Père Lachaise is of course the world’s most visited cemeteries, with all manner of famous stiffs; on the literary front, you’ll find Apollinaire, Balzac, Colette, Molière, Proust, and Stein. Over in the Cimitière du Montparnasse, meanwhile, writers pushing up the daisies include Baudelaire, De Beauvoir, Beckett, Ionesco, Maupassant, and Sartre). 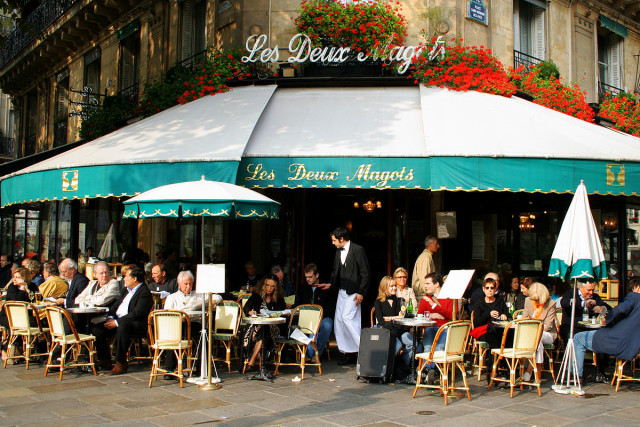 The Right Bank, meanwhile, is perhaps not quite so obviously literary, but still, head to Place de l’Ópera‘s Café de la Paix (Maupassant, Proust, Wilde, Zola) and the Hôtel Ritz (reopening this June after renovations, and whose bar is now called the Bar Hemingway after its most famous onetime habitué).