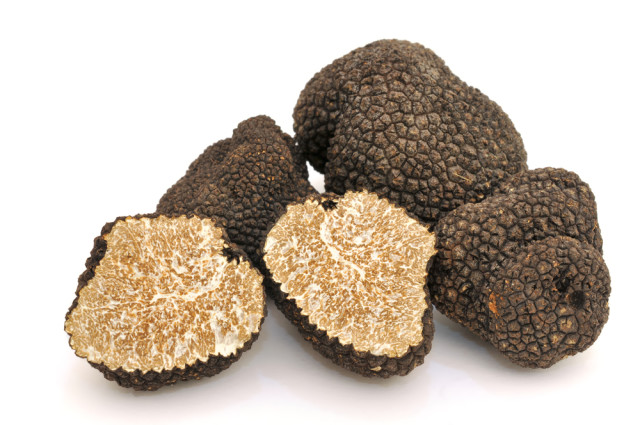 Highly coveted as far back as ancient Egypt, Greece, and Rome, the mushrooms known as black truffles remain a major object of desire of foodies and gourmets across the globe. But while many think of them as typical of Italy and France, most of the world’s supply of the delicacy dubbed “the black diamond” these days actually comes from Spain – and in particular, regions of the country’s northeast with just the right growing conditions: parts of Aragón, Castile-León, and Navarre.

The round, roughly textured underground fungus tuber melanosporum is symbiotic with particular kinds of trees – such as hazel nuts but most especially oaks, holm oaks, and downy oaks –  in combination with just the right climate, soil, and amount of rain (and we’re in the middle of the winter harvesting season, November through March).

These areas are particularly concentrated in Soria, Teruel, Huesca, east of Zaragoza, and around Pamplona, where trufas negras are collected both in the wild (using specially trained dogs, because the more traditional pigs are a trickier proposition these days) and on special plantations. 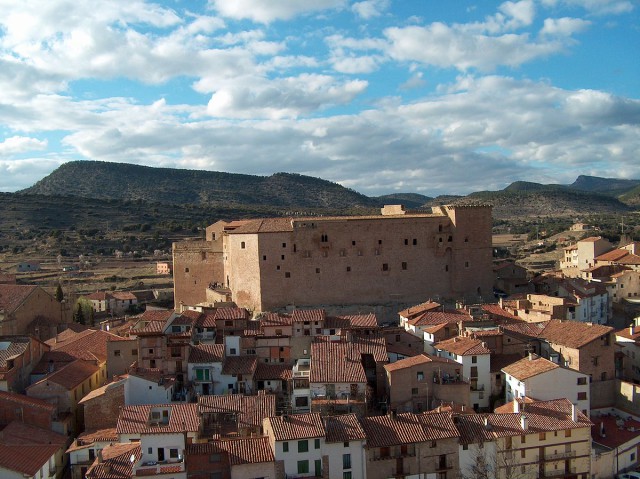 And truferos (truffle hunters and growers) have jumped on the gastronomic tourism bandwagon, as well (putting the fun in fungus, perhaps?). The Navarre town of Metauten has a modern, multimedia Museo de la Trufa de Navarra, while Hotel La Trufa Negra in Teruel’s Gúdar Javalambre district town of Mora de Rubielos (above) has pioneered a “trufiturismo” (truffle tourism) package including a truffle-hunting expedition with dogs, a truffle-riddled tasting menu, and even truffle-based spa treatments.

Yet interestingly, when it comes to the consumption side, black truffles aren’t remotely as widespread among the fine-dining restaurants of Spain as they are in France – with of course key exceptions such as Trufa Negra in Barcelona and Madrid’s Trufa y Boletus and Paco Roncero-helmed Casino de Madrid. But if you visit some of the truffle-growing areas, you’ll find others in addition to the Hotel La Trufa Negra’s restaurant Melanosporum, such as Hotel Los Leones in Rubielos de Mora; Restaurante La Menta in Teruel city; and Huesca’s Michelin-starred Lillas Pastia.

So the next time you sit down to your favourite black-truffle dish, you might try asking whence it’s sourced. You may very well have Spain to thank!