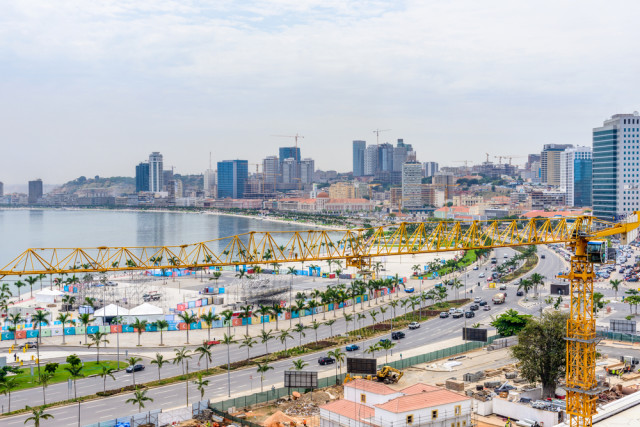 In recent years, the capital of Angola – the southern African country which has long left the devastation of its civil war behind and whose annual growth rates of late have rocketed as high as 20 percent – has become this continent’s most thrusting boomtown (some have gone so far as to dub Luanda “the Monaco of Africa“). While much of this is due to petroleum (which despite the drop in world market prices is still the main moneymaker for this country), there’s also a nascent tourism industry is also making an impact – and for the visitor, this city of more than 2 1/2 million can be a colourful, cheerfully noisy, and even somewhat exotic experience.

Running along the beaches of the crisply blue Atlantic Ocean bay is a palm-lined procession of bars, cafés, and restaurants specialising in Angolan fare (heavy on vegetables, corn, rice, fish, and goat) as well as international offerings from European to Chinese.

And despite its ever growing highrise skyline, Luanda can also boast a goodly number of historic landmarks dating back to its early years as a Portuguese colony (the city was founded in 1576), and many are in markedly better condition than in many other African countries. The oldest colonial quarter is divided into Baixa de Luanda (lower Luanda), Cidade Alta (Upper City), and Ilha do Cabo (a peninsula surrounding the bay, with beaches and many of the city’s more upmarket nightclubs, bars, and restaurants).

Outstanding among these landmarks are the fortresses of São Miguel and São Pedro da Barra, built by the Portuguese colonisers in the 16th and 17th centuries, and various churches such as the Baroque Nossa Senhora do Pópulo and Nossa Senhora do Nazaré. 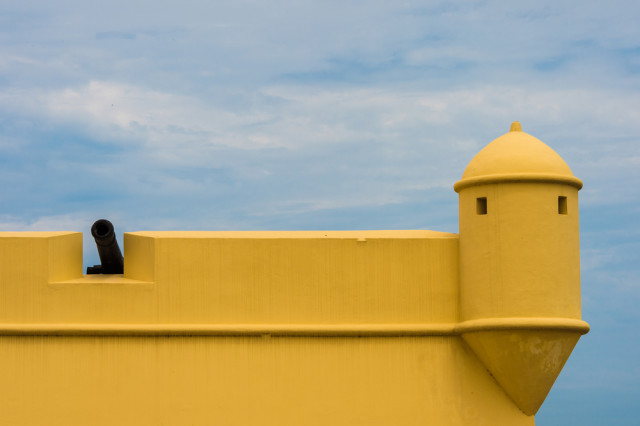 To get more of the context of Angola’s culture, history, and natural environment, you’ll also want to set aside a couple of mornings or afternoons for the Museu Nacional de Antropologia on the Avenida de Portugal; the Museu de História Natural on Rua Nossa Senhora da Muxima; and the Museu Nacional da Escravatura , in Morro da Cruz, the onetime compound of one of the colony’s most important slave traders,devoted to the terrible impact the Atlantic slave trade had on local populations such as the Ovimbundi, the Ambundi, and the Bakongo (plus, fun fact: Brazil‘s fascinating martial-arts dance capoeira originated with African slaves from here).

And as you stroll around Luanda’s downtown and street markets such as the Mercado Benfica, you’ll be rubbing shoulders with Angolanos, who you’ll find are generally smiling and cheerful sorts. Their good humour is infectious, and it’s not uncommon to end up chatting with one or two looking to practice their English, asking where you’re from and how you like their city. 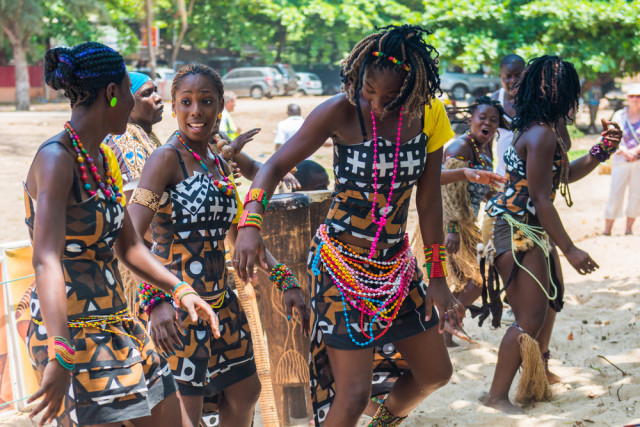 Come nighttime, temperatures cool, and after dinner, it’s lovely to have a drink or a coffee at one of the bars and cafés, especially along the water. Another splendid option is a folkloric show like the one at beachfront Kizomba, where the rhythms of the sensual eponymous dance throbs until the wee hours.

Excellent day trips out of Luanda include the Ilha do Mussulo, a paradisiacal spit of land most easily reached from the port by boat, and a fabulous spot for swimming, snorkelling, and windsurfing. South of the city, the enormous Parque Nacional da Quiçama (12,000 square kilometres/4,633 sq. miles) is an eco wonderland which offers marvelous safari experiences to spot its elephants, antelopes, zebras, giraffes, and ostriches in a dramatic natural setting.

The climate is semi-arid, with hot days and often cool nights.

The currency is the kwanza. Luanda has become notorious as one of the world’s priciest cities, but budget accommodation and dining are also very much available.

All foreign visitors need to apply for a visa, and need to provide a yellow fever vaccination certificate.